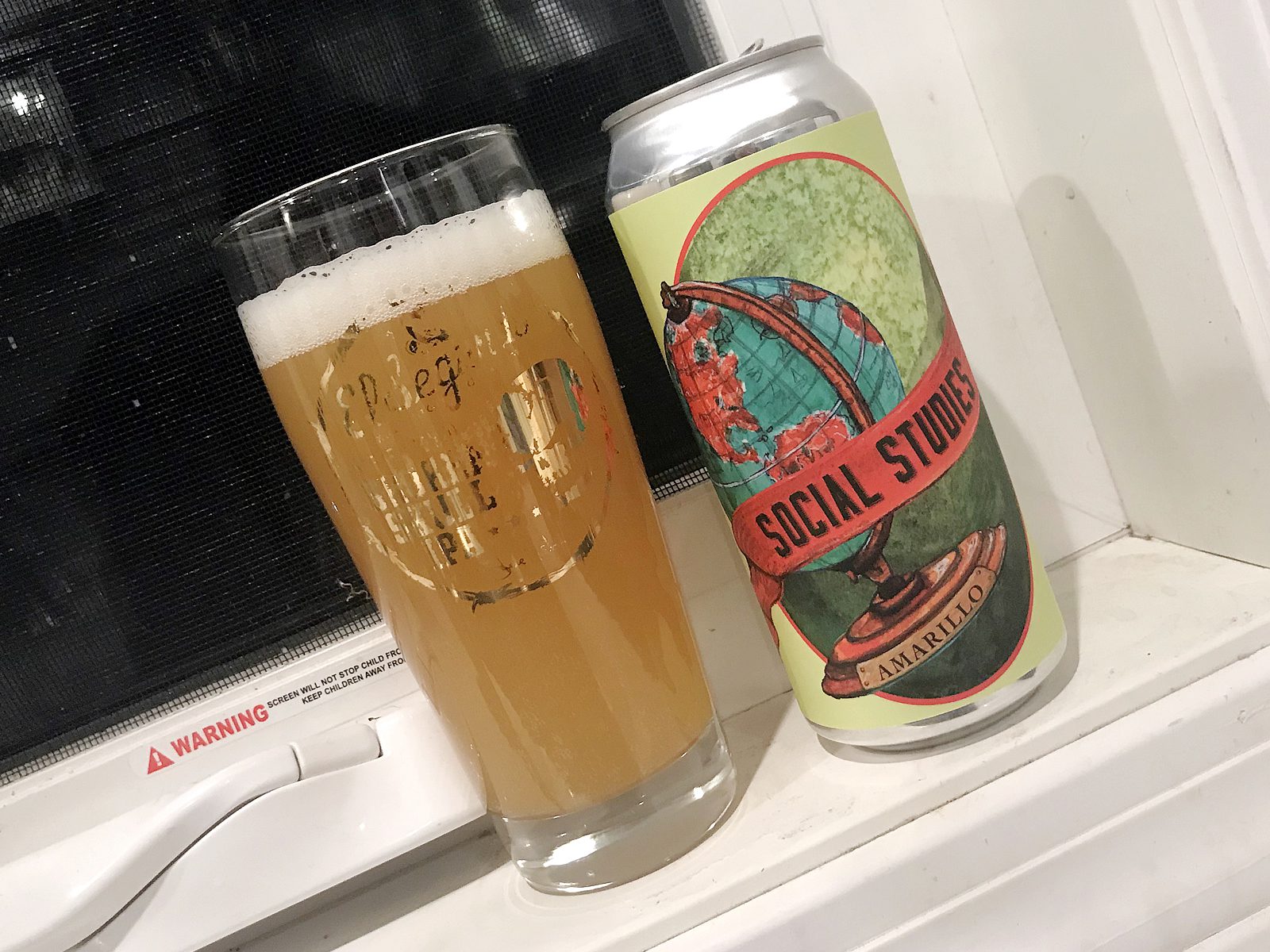 Middle school Me to adult Me: You’re writing a post about how good social studies is? Who have you become, man?

Because of all the awesome Trillium Brewing Company beers I bought on my craft brewery road trip two weeks ago, I’m still getting around to posting about the other awesome breweries I hit up with my buddy, the Galley Cookin’ Beer Snob. Today, I want to talk to you a bit about Castle Island Brewing Company. It was the second stop on our tour, and we weren’t there for very long—just took a quick look around and bought cans—but I was pretty happy with the spot, and the beer I took home.

The coolest thing going on at Castle Island while we were there was the Can derby. I’m not sure the rules, or how it all works with the signups and such, but a large space within the brewery was used to create a race course, and entrants made cars out of beer cans to battle it out for supremacy. You can see one of the cars in the photos below. It was pretty awesome, and makes me definitely want to go back to CIB when I have more time to spend there.

About the social studies: It’s a rotating series of single hop hazy IPAs from CIB, from which eight beers have been released: Citra, Ella, El Dorado, Simcoe, Ekuanot, Azacca, Mosaic and Amarillo. I managed to grab a four-pack of the Amarillo, and I was pretty happy with it. The Amarillo hop produces some great tropical aromas and notes of ripe Mandarin orange. I dug it. Didn’t mind doing the homework on this one at all. I also picked up a four-pack of the Dream Police, a spiced porter, that I’ll review down the road sometime.

Head over to Instagram to check out more photos from my visit!