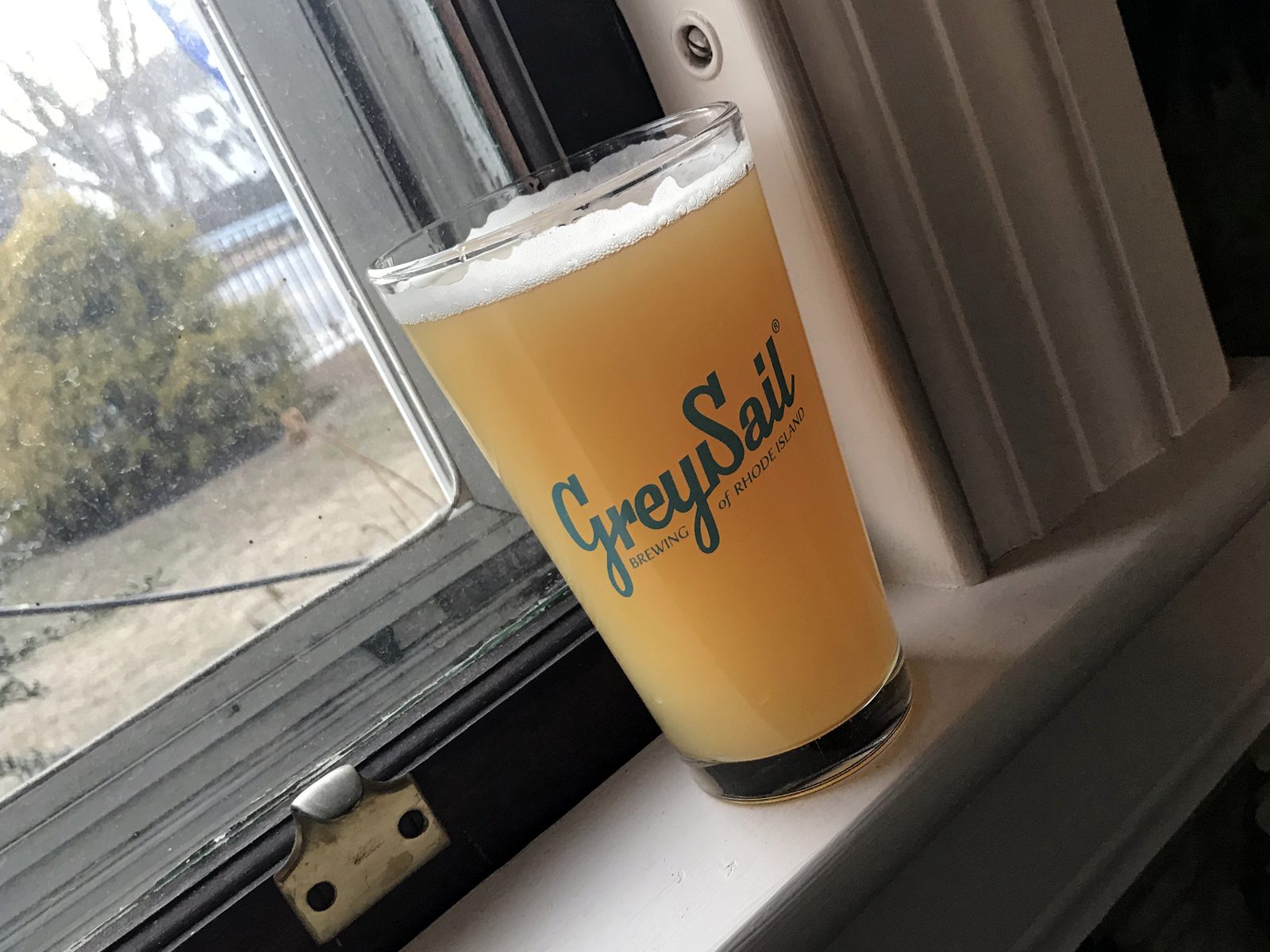 Availability: No longer in production

Two weekends ago, I took a beer road trip with my buddy, Galley Cookin’ Beer Snob. We started with by driving to Trillium Brewing Company in Canton, and we ended up hitting up several other breweries on the way home. One of those breweries was Rhode Island’s Grey Sail Brewing of RI. We didn’t stay for long, just long enough to check out their unique taproom, drink a couple of pints and scarf down a pizza, but it was a freaking awesome place.

First of all, the taproom. You can see from the photo—check out the Instagram post below—that it basically looks like a house. Guess what… it looks like a house on the inside, too. I’m pretty sure that’s because it’s built in an old house. I mean, check out that Windowsill!

As I mentioned, the beers were pretty solid. Both of the pints you see on the Windowsill above are part of Greysail’s Wheelhouse Creative Ale Series. In 2018, Greysail decided to create a new, limited edition beer every two months.

The first photo you see is of the S.O.S., which was the third release in the series. It’s a New England IPA hopped with Ekuanot, and dry-hopped with Vic Secret, Bru-1 and Topaz. Super juicy and hazy! The second beer is The Pearl, which was the fifth in the series. It’s not just a stout—it’s an oyster stout, made with Watch Hill oysters. Don’t forget the Cacao nibs and vanilla beans, too.

I managed to snag a couple of take home cans and bottles, but I’ll show you guys those another day. If you haven’t checked out Greysail, make sure you do. Great brews, and an awesome place!

Check out some cool photos from my stop. The taproom is unreal!