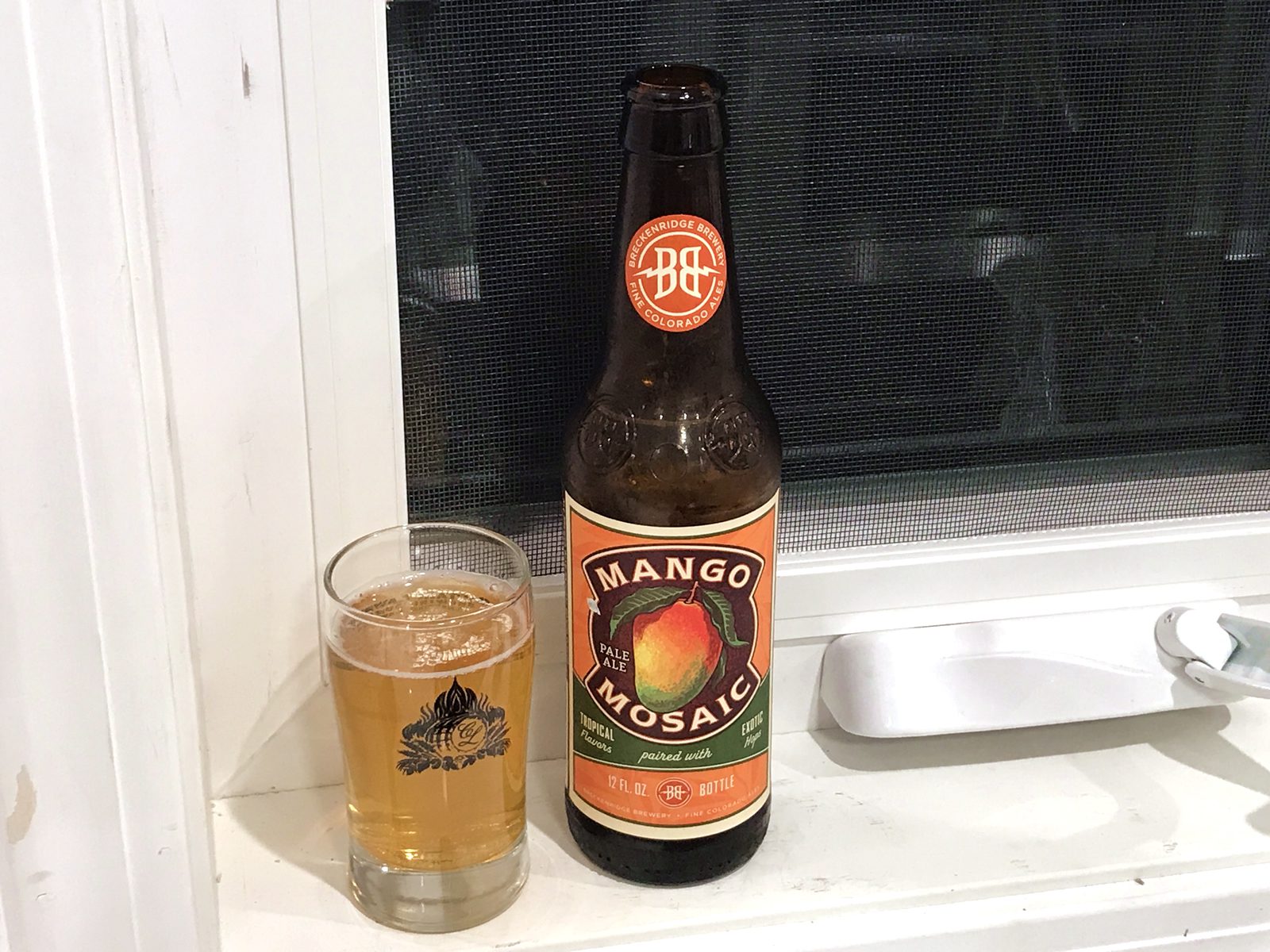 Let’s dig far into the archives for a Forgotten Window Sill brew!

Breckenridge Brewery was founded in Breckenridge, Colorado in 1990, which makes it the state’s third oldest craft brewery. The brewery has gone far beyond the capabilities of its original space, which remains in action as the Breckenridge Brewery & Pub. A second, bigger brewpub was built in Denver in 1995, and a beautiful, even bigger production brew house was christened on a 12-acre stretch of land in Littleton in 2015. Thankfully, as they’ve continued to grow, it doesn’t seem the quality of their brews has been affected.

You can tell this photo is from the archives, because Breckenridge Brewery no longer uses this label for the Mango Mosaic Pale Ale. There are two elements that really shine through in the aroma and flavor of this brew: The Mosaic hops, which provide some delicious tropical aromas and flavors (guava and mango), and the Mango. Breckenridge Brewery packs thousands of pounds of mango puree into every batch. This beer isn’t spectacular, but it’s a solid year-round brew, for sure.

We have plenty of Colorado beers on the Window Sill. Check out Instagram, now!