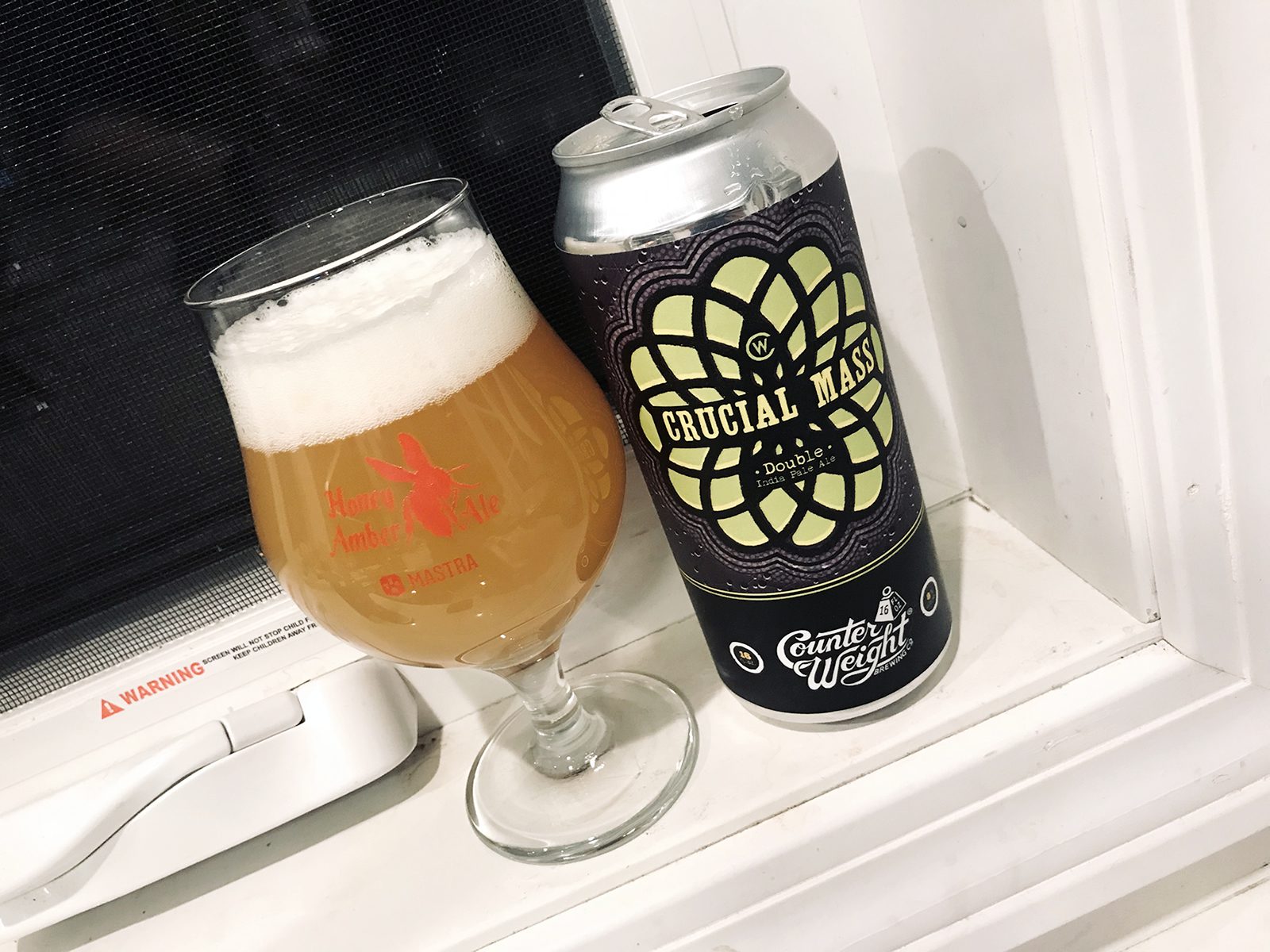 I’ve been a little too Trillium heavy on the sill lately, time to counter that weight with some more local fare!

I don’t say this enough—mostly because I make the mistake of not drinking beers from there as much as I should—but Hamden, CT’s Counter Weight Brewing Company is one of the better breweries in the great state of Connecticut. Kickass taproom. Awesome brews. Solid can art, too. I wanted to show them some love!

A big reason I wanted to show that love was because my buddy, @galleycookinbeersnob, recently got me a cans of one of their better Double , Crucial Mass. This beer is so good, my taste buds almost went nuclear when the first sip hit them. Not sure what the hop bill is, but Counterweight does say that it’s made up of a blend of American and Southern hemisphere hops. It’s a very tropical brew with a very nice malt backbone. Hops in your face all day, though. Crucial Mass of hops!

Head over to my Instagram now, for more great craft beer!