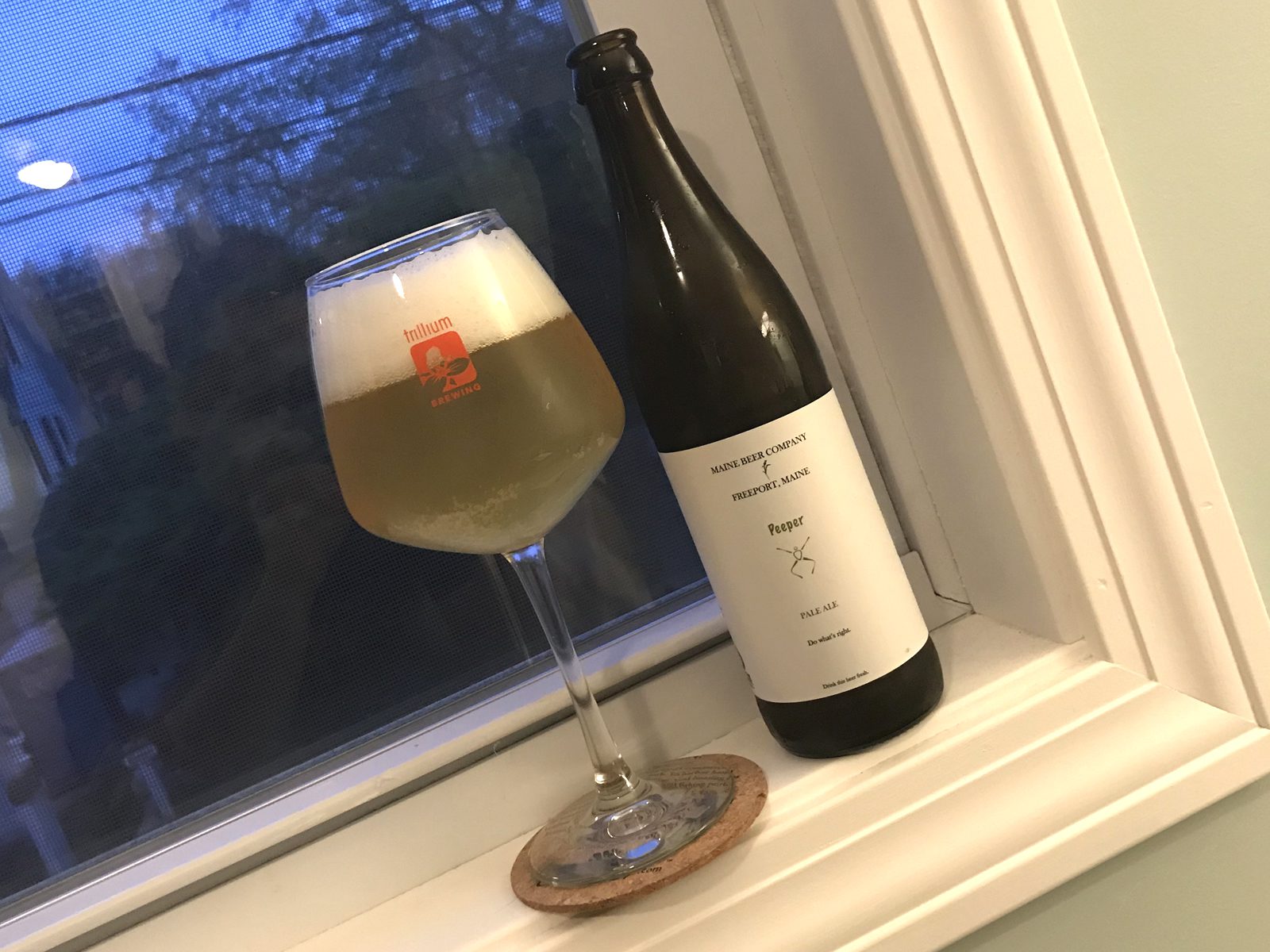 Oh boy. Looks like we have a peeper at the Windowsill!

The story of Maine Beer Company starts with family. Brothers Dave and Daniel Kleban started brewing as a weekend hobby in the mid 2000s. The two loved it so much, that Dave asked Daniel to be quit his job at a law firm and be his beer-making partner instead. Maine Beer Company started with a one-barrel system. In 2010, they bought a 15bbl brew house, and a 30 bbl fermenter. In 2013, they opened up a huge facility, complete with a taproom and a warehouse. What started as two brothers just “doing it right” has evolved into one of the more respected breweries in Maine. I also love that they partner with 1 Percent For the Planet a nonprofit that partners with companies who agree to donate 1% of their yearly profits to other nonprofits. Very cool!

The Peeper Ale is near and dear to the heart of the Kleban brothers. When they started, their goal was to perfect one recipe. They wanted to do one beer, do it right, and see if people would drink it. That beer was the Peeper Ale, named after the Spring Peeper, a frog that appears as one of the first signs of spring in the area. The beer was originally known as the Spring Peeper Ale, but the name was changed so it wouldn’t sound so seasonal. The Peeper is brewed with Amarillo, Cascade and Centennial hops, along with a grain bill of American 2-Row, Carapils, Vienna and Red Wheat. It’s light, citrusy, with notes of berries and pine—a really solid pale ale. The Kleban brothers really did do it right! Thankfully, with their operation much bigger these days, they make a lot of different beers. Glad I was finally able to have them on my Windowsill!