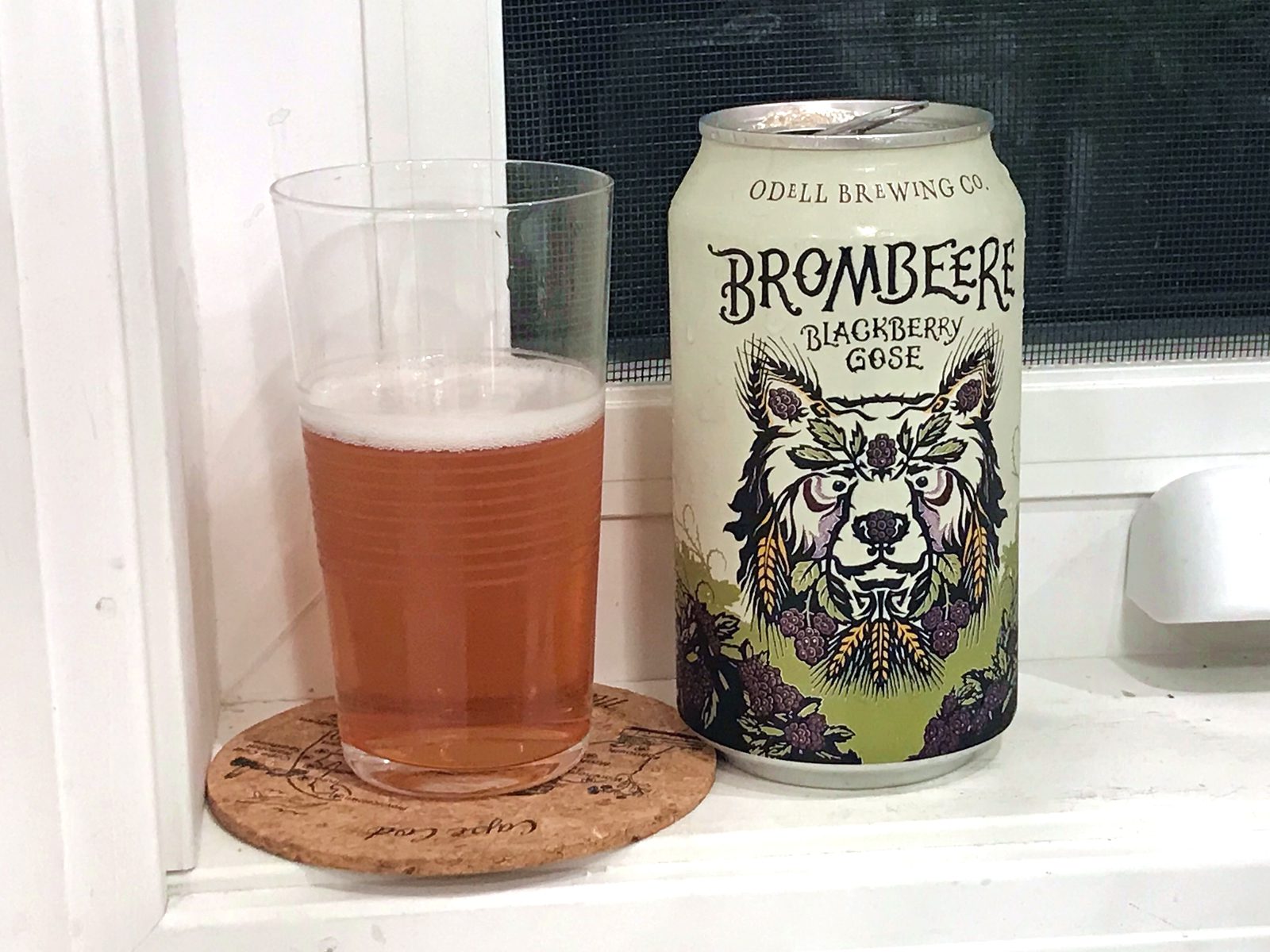 It’s time to end the week with another lost photo from the Beers On Windowsills archives!

Doug Odell’s first job in brewing was in the 1970s, scrubbing the mash tun at San Francisco’s Anchor Brewing. It wasn’t until 1989, after a vacation to the UK, and moves to Washington and then Colorado, that he finally turned his homebrew passion into his profession. He, his wife and his sister started Odell Brewing Company that year, with Odell’s Golden Ale as their first commercial release. Their slow growth model succeeded, and Odell’s now distributes to 14 states.

The Bombeere Blackberry Gose (go-seh, for those of you wondering), is one of Odell’s summer seasonals. Despite being a sour beer by nature, it’s teeming with delicious, sweet blackberry flavors, too. This creates a great balance of fruity and salty that really refreshes on a hot summer day. Goses aren’t for everyone, but everyone who likes goses will like this one.

Check out the rest of our archives on Instagram, right now!