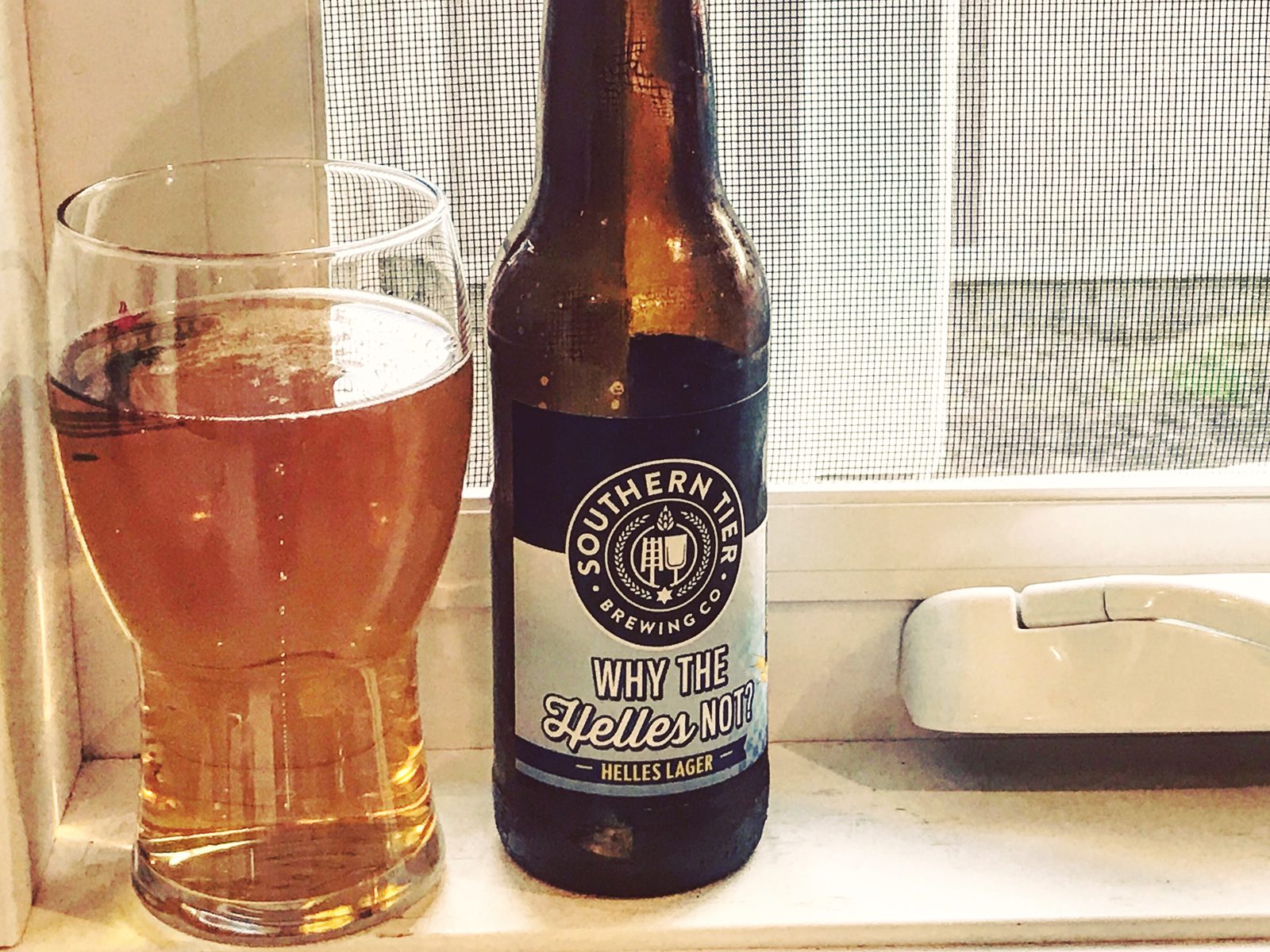 What the helles going on on the window sill today?

I didn’t know what a Helles was before I tried today’s window sill beer, so I had to look it up. According to American Craft Beer, it’s a lager originally developed in Munich in the late 19th century. As ACB tells it, it seems Bavarian brewers needed to compete with the new kid on the block taking all their business: the Czech Pilsner. Although both styles are similar, the Helles is known to be a little more bready, with more malt-forward characteristics.

Why the Helles Not? is breaking a couple of barriers for my window sill tonight. First of all, it’s the first beer from Southern Tier Brewing Company to be on the sill. Second, it’s the first true lager to appear. Can you believe it? 90 beers, and no straight lagers before tonight (not counting the Nor’easter, since it’s spiced and what not). This is a seasonal for STBC, usually hitting the shelves in late winter or early spring. If you don’t recognize it, that’s probably because it used to be named “Where The Helles Summer.” It’s light, amply carbonated and not at all bitter. Just a good, smooth lager that my dad would probably love. I dug it. Thanks to @brewplexcity for getting me this one.

Get the helles over to our Instagram for more great beer, now!