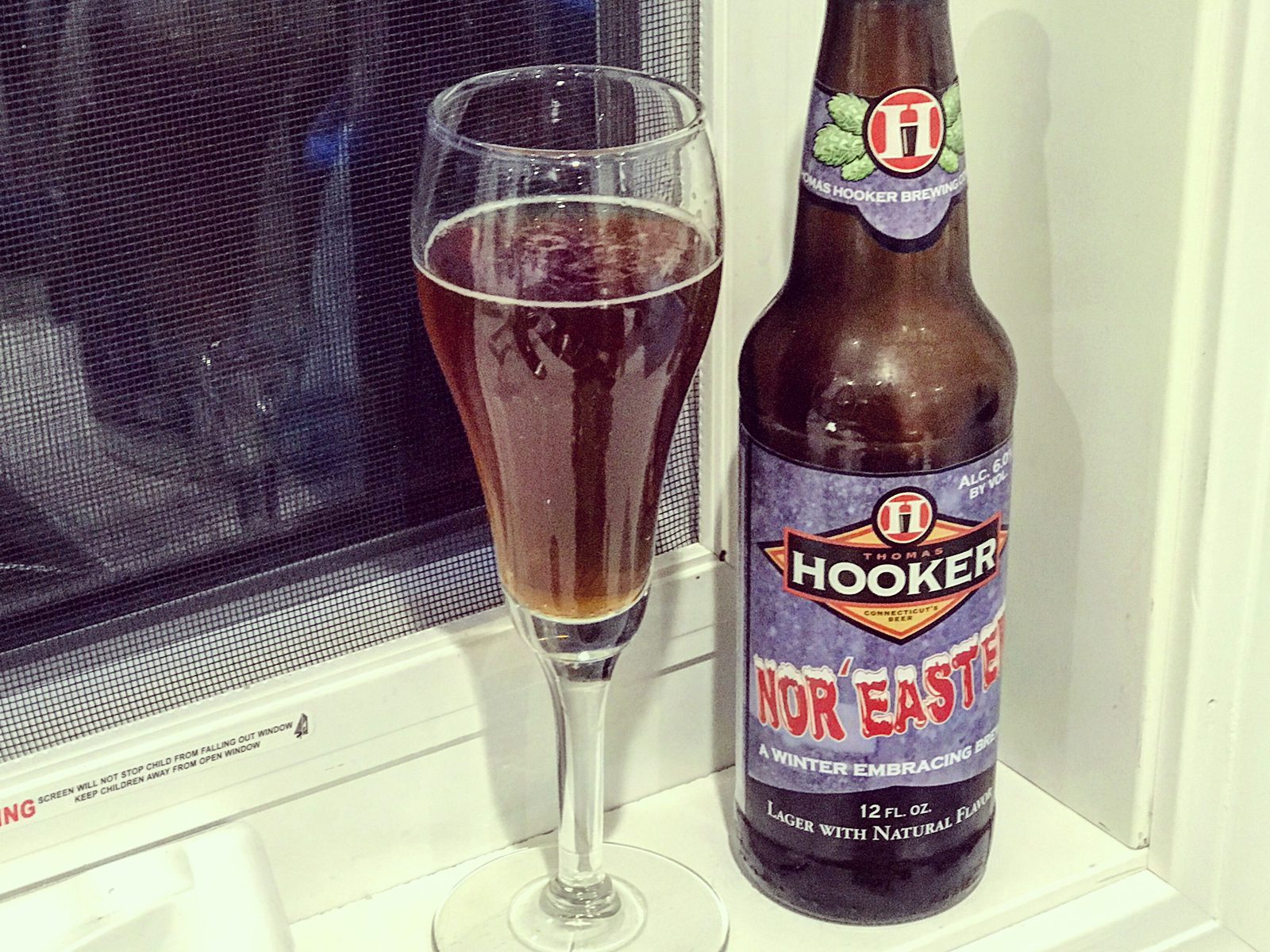 Two Roads Week might be over, but let’s keep it Connecticut on the window sill for the first post of this week.

This Bloomfield, CT brewery is named after Rev. Thomas Hooker, aka the “Father of Connecticut.” Papa Hooker, as we know him in CT (no, we don’t), was forced to leave England in the 1630s due to his religious beliefs. After stops in Holland and the Massachusetts Bay Colony, Hooker took 100 of his friends and founded Hartford, and then eventually the Colony of Connecticut. What a guy!

As for the Nor’easter Winter Lager, I really wish I’d had some of these during the actual winter. Thomas Hooker Brewery went all out on the malts in this beer; there are seven different kinds lending their traits to this lager’s “hearty” flavor. I also tasted some chocolate, although it’s not listed as an ingredient anywhere I’ve looked. Oh well, maybe it was the “winter spices?” Either way, I’d really only recommend the Nor’easter on a cold winter day. So, assuming winter’s still a thing in 2018 (now that we don’t do science anymore), go pick up a sixer, build a fire and sip on one of these. Papa Hooker would want you to.

Bundle up and head over to our Instagram for more great Connecticut beer!