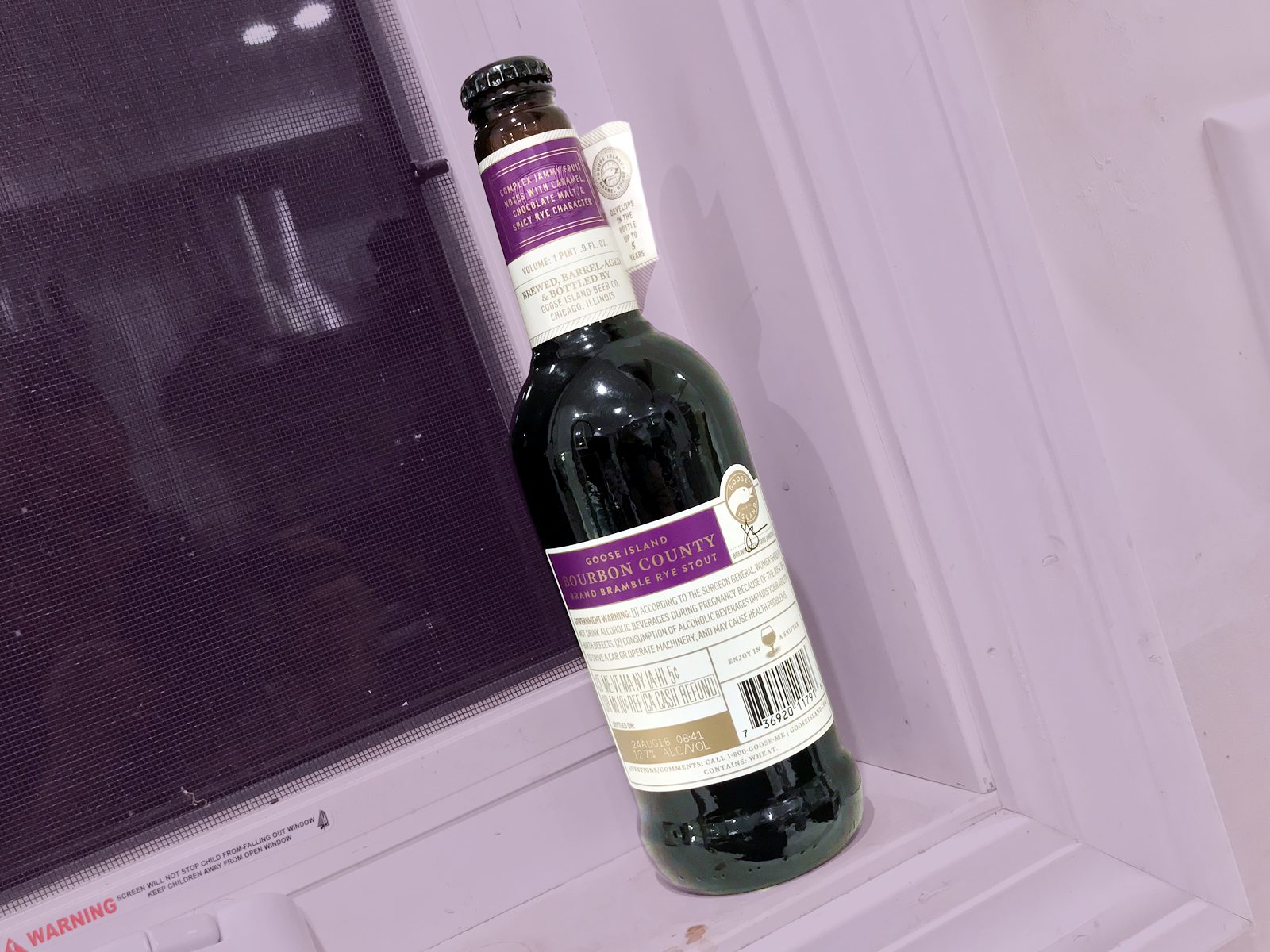 Special Notes: Additions of blackberry and raspberry juice and pureé

I’m still hunting down the BCB releases for my Windowsill!

BeerMenus saves the day again! I sat down to eat my lunch today, which gave me an opportunity to search for more places around my office that might be carrying Goose Island Beer Company’s 2018 Bourbon County Brand releases. Again, I hit upon a local shop with several of the variants, including the Bramble Rye Stout! The place, Malt & Mold-Gramercy on 2nd Ave between 21st and 22nd, is a small shop that sells two basic things: Craft beer (the Malt part of the name) and Cheese (the Mold part of the name). I’d never heard of it, but it ended up being pretty awesome. Check out the beer and cheese gift baskets they do!

As any good hunter knows, if you have the chance to get your prey, you take it. I called up Malt & Mold to confirm that they, indeed, had the Bramble Rye, and had them hold me a bottle. I gathered my heavy jacket (it’s cold out there in these NYC streets), and my hat, and started the roughly 24-block-walk. I hustled all the way, making it basically in 20 minutes. I couldn’t browse long because I had to get back to the office, but the little I did see was pretty impressive. Lots of solid craft beer, including what looked like the remnants of several cases of the BCB releases and even the 2018 Founders CBS (You’ll be mine soon, horse). In short order, I picked up the bottle from behind the counter and paid for it. I returned to work feeling great… the thrill of the successful hunt! I may or may not have changed the lyrics to “Bamboleo” by the Gypsy Kings to “Bramble-eyo.” Reports of that are, and will remain, forever unconfirmed.

The Bramble Rye is a little bit different than the other BCB stouts. First of all it’s aged in rye whisky barrels, rather than the traditional bourbon barrels used for the other variants. Secondly, Goose Island brewed this one with additions of blackberry and raspberry—in both juice and pureé form. The fruity stout is something I haven’t been able to taste too often, but I’m excited to crack this one open, and soon.

What’s your favorite variant so far? What has been the toughest to track down?

Check this one out on Instagram right now! You can also see the other variants!