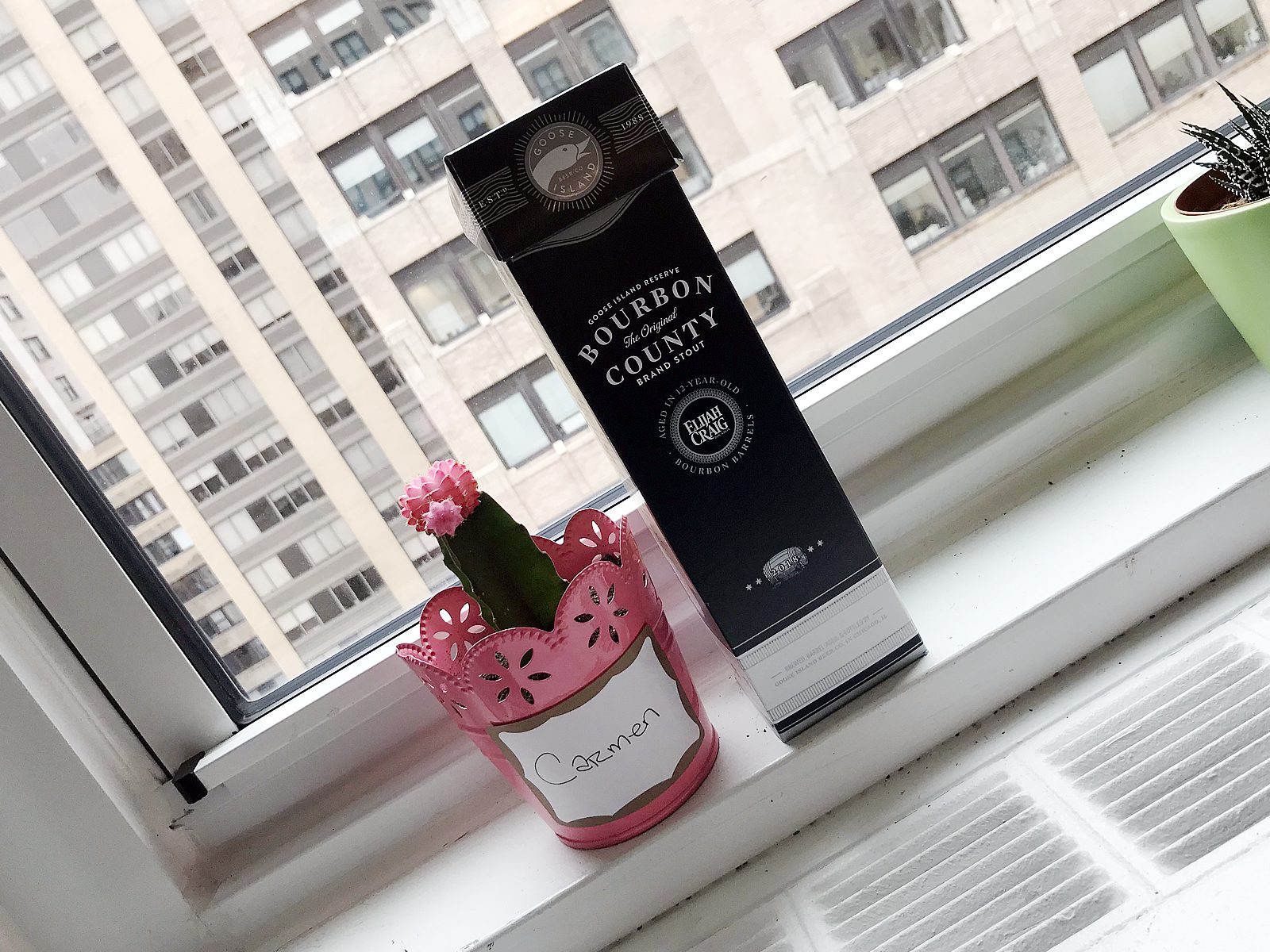 One last hunt on the Windowsill!

One thing beer hunting has taught me, it’s to never give up. This beer is proof that it pays to keep working the internet and the phones when you’re trying to track down specialty brews. Being that I don’t want to pay over $100 or more for the Chicago-only Proprietor’s Stout (that’s what “empty” bottles are selling for on Ebay), the acquisition of this 2018 Bourbon County Brand Reserve brings to an end my hunt for this year’s BCBs from Goose Island Beer Company. It was a fun ride, too!

How did I get the 2018 Reserve? I went back to a watering hole that had previously been emptied—the East Side Grocery on 2nd between 74th and 75th. Knowing they were expecting another shipment, I called them Thursday afternoon, and they graciously held me a bottle. Store policy dictated that I also had to buy another flavor in order to get the 2018 Reserve, which I suppose is fair enough. I ended up deciding on another bottle of the regular Bourbon County Brand Stout, which was the cheapest option available. Good to have another one for cellaring anyway, right?

I have to give yet another shout out to Windowsill Hero, Kristena, who once again saved me a 30-block trek to the Upper East Side of Manhattan. She actually also saved me from not getting the 2018 Reserve at all. As it turns out, through what I assume is a miscommunication, when she got to the store, they didn’t have my bottle held, and claimed to never have heard of any Kristena. Did she give up? No! Like any true Windowsiller, she—in her own words—caused a scene until they “magically found” one last bottle behind the counter. She made the clerk so nervous that he had to call the owner… twice! Anyway, she bought it, and delivered it to my desk the next day. Hero! It’s good to have friends who enjoy a good treasure hunt!

The difference between the 2018 Reserve and the 2018 regular is all in the barrels. The recipe for both beers is exactly the same. Same malts, same hops, same aging time. Other than the packaging—how cool is that box and the silver label?—the only distinction between the two is that the 2018 Reserve is aged in 12-year-old Elijah Craig Barrel Proof bourbon barrels. The Elijah Craig won whiskey of the year from Whisky Advocate, which is basically the top prize in the industry. I bet it’s gonna be smooth. I hope so, anyway… it was pricey!

Anybody want to send me the Proprietor’s Stout? Lol. Worth a shot, I think!