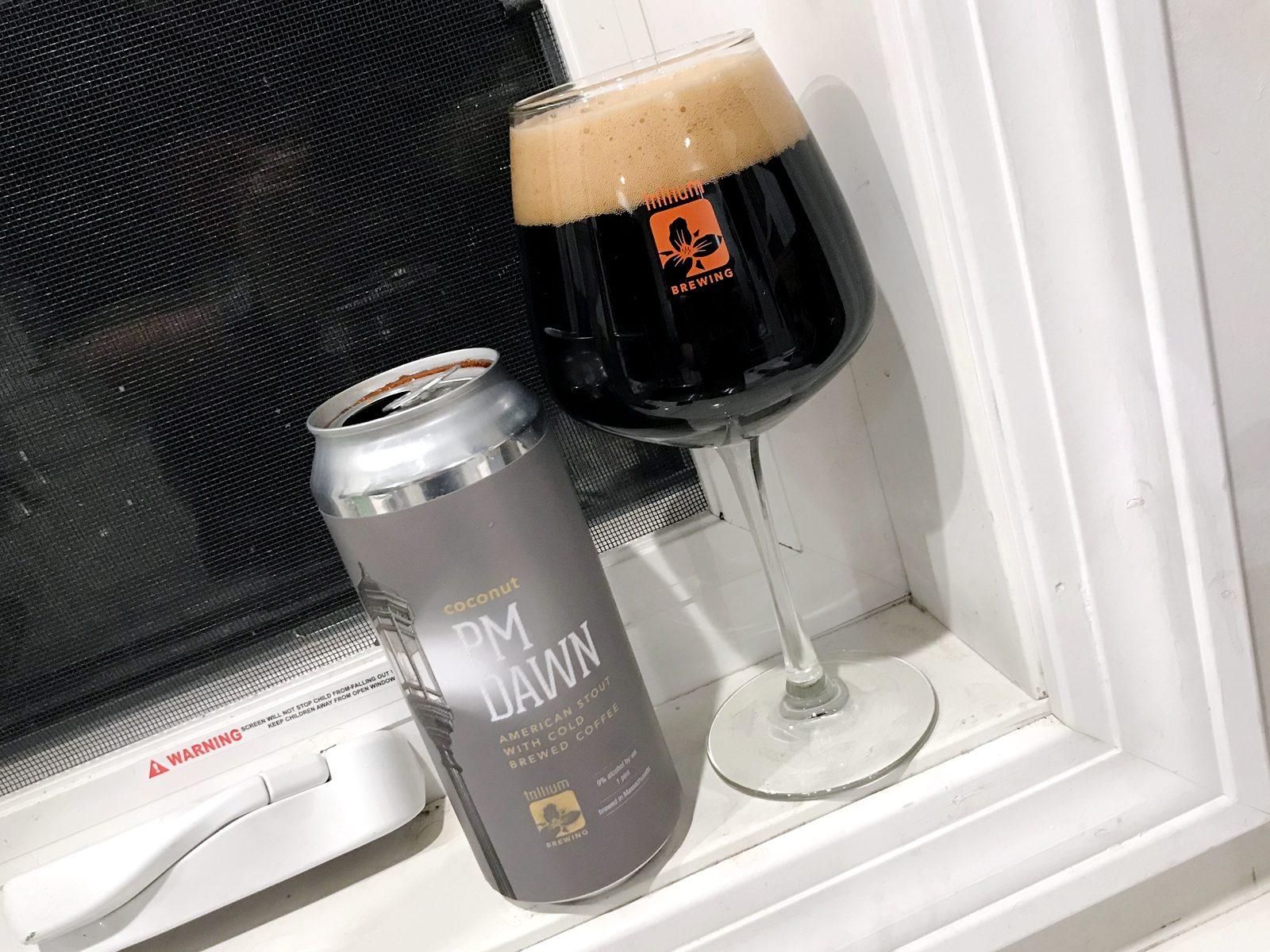 Here at Beers on Windowsills, we never say no to coconut.

The last time I visited Trillium Brewing Company’s Fort Point location, I picked up a 4-pack of their PM Dawn. I drank three pretty quickly, but one ended up lost in the back of the fridge for a while, before I finally reviewed it back in early January. On my trip to Canton, I was lucky enough to score the Coconut PM Dawn. So happy I did!

There are two major differences between the original PM Dawn and the coconut version. First, the coffee. The original, at least the cans I got, were made with coffee from Barrington Coffee Roasting Co. OK, so that’s still technically true, but the coffee used in this can of Coconut PM Dawn is branded as Trillium Coffee. It was developed with the team from Barrington, though.

The second main difference is—you guessed it—the coconut. Toasted coconut, to be exact. Trillium does something interesting with these variants—so far they’ve canned Cacao PM Dawn, Vanilla PM Dawn and Peanut Butter PM Dawn, too—in that they lower the coffee ratio used in order to allow the other ingredients to shine. You get less coffee, and more coconut, or whatever delicious special ingredient they decide to use.

The results were pretty amazing. I loved the original, but this one blew it out of the water. It’s so sweet and coconutty! That added flavor goes perfectly with this style of stout. Especially one made by a tremendous brewery, like Trillium.