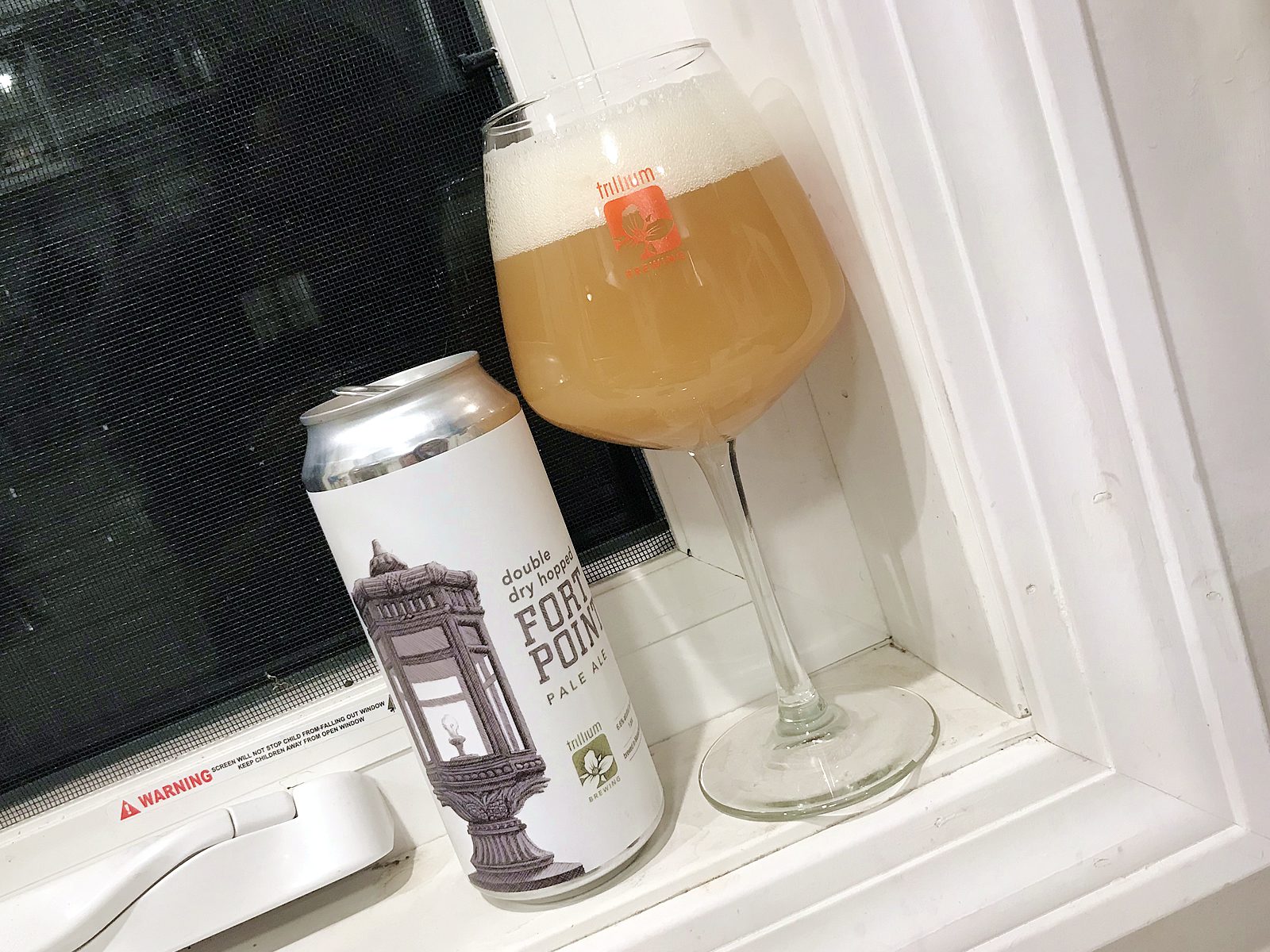 Are you working today? I’m not, so I’m celebrating with a Trillium classic on the Windowsill!

Today is a day to celebrate the Presidents of the United States. No, not the band who sang “Lump;” the men—and, hopefully some day very soon, women—who run what I feel is one of the greatest countries in the world. I’m not going to get too deep into my politics for those of you who are just here for the beer, but let’s just say that I don’t think our current president is altogether worthy of a holiday. That doesn’t stop me from celebrating the holiday, though. Lots of good history behind the office, and hopefully a bright future!

For my Presidents Day post, I decided to go with a classic from one of the best breweries in the world—the Double Dry-Hopped Fort Point Pale Ale from Trillium Brewing Company. Both the original Fort Point and the DDH version were first brewed in 2013, and Trillium considers it to be their signature American pale ale. It’s named after their original location, the Fort Point section of Boston. It’s their “standard daily drinker.”

The hop bill is made up of Citra and Columbus hops, and the DDH version is double dry-hopped with copious amounts of extra Citra. All those extra Citra hops make for an even juicier, even more lovely pale ale. Lots of tropical fruit on the nose and tongue. This is one of the beers on which Trillium built its foundation, so it’s worthy of celebration. Pale ale perfection in a can!

How are you celebrating Presidents Day? Answer in the comments below.

As always, don’t forget to check out Beers on Windowsills on Instagram!