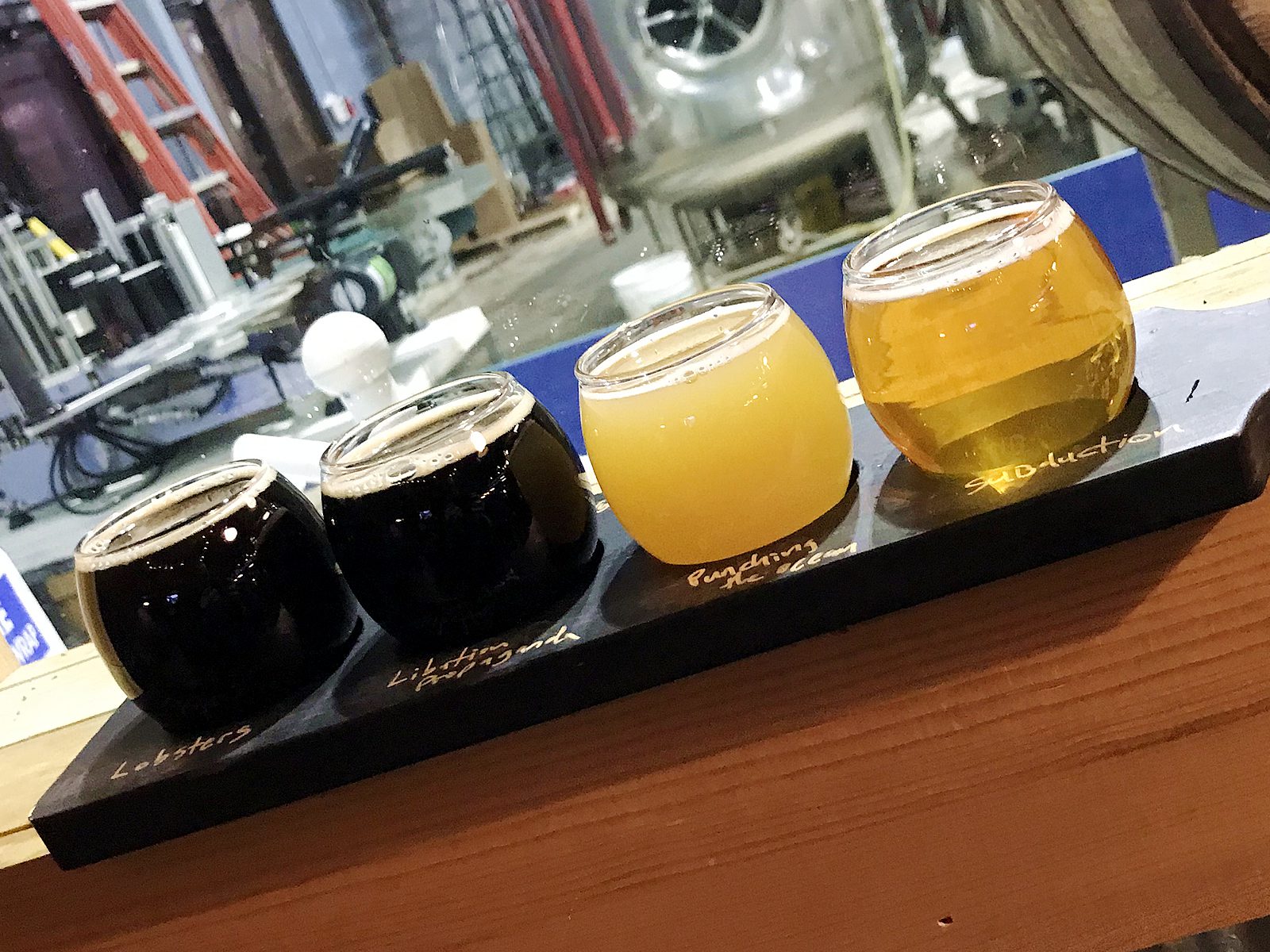 Sometimes the ocean needs to get put in its place!

As I keep mentioning, I went on a big ol’ beer road trip a couple of weeks ago. My buddy, @galleycookinbeersnob and I spent an entire Saturday traveling around Massachusetts, Rhode Island and Connecticut, hitting up as many breweries as we could get to. Our final stop was Groton, CT’s Outer Light Brewing Company.

We started out with a flight, which you see up on that nice in-house Windowsill at the brewery. I tried the Bring In the Dancing Lobsters (a cherry milk stout), the Libation Propaganda (a coffee stout), the SUBduction (an IPA with El Dorado, Citra, Citra Lupulin Powder and Equinox hops) and today’s official Windowsill beer (keep scrolling), the Punching the Ocean—a double IPA dry-hopped with Galaxy, Citra, Nelson and Mosaic.

The taproom itself was cool—I wish I had more time to chill out there—and all of the beer was really tasty. I definitely recommend this place if you’re in the Groton area. Have a flight or two and take home some cans!

Check out photos from my trip to Outer Light on Instagram, now!