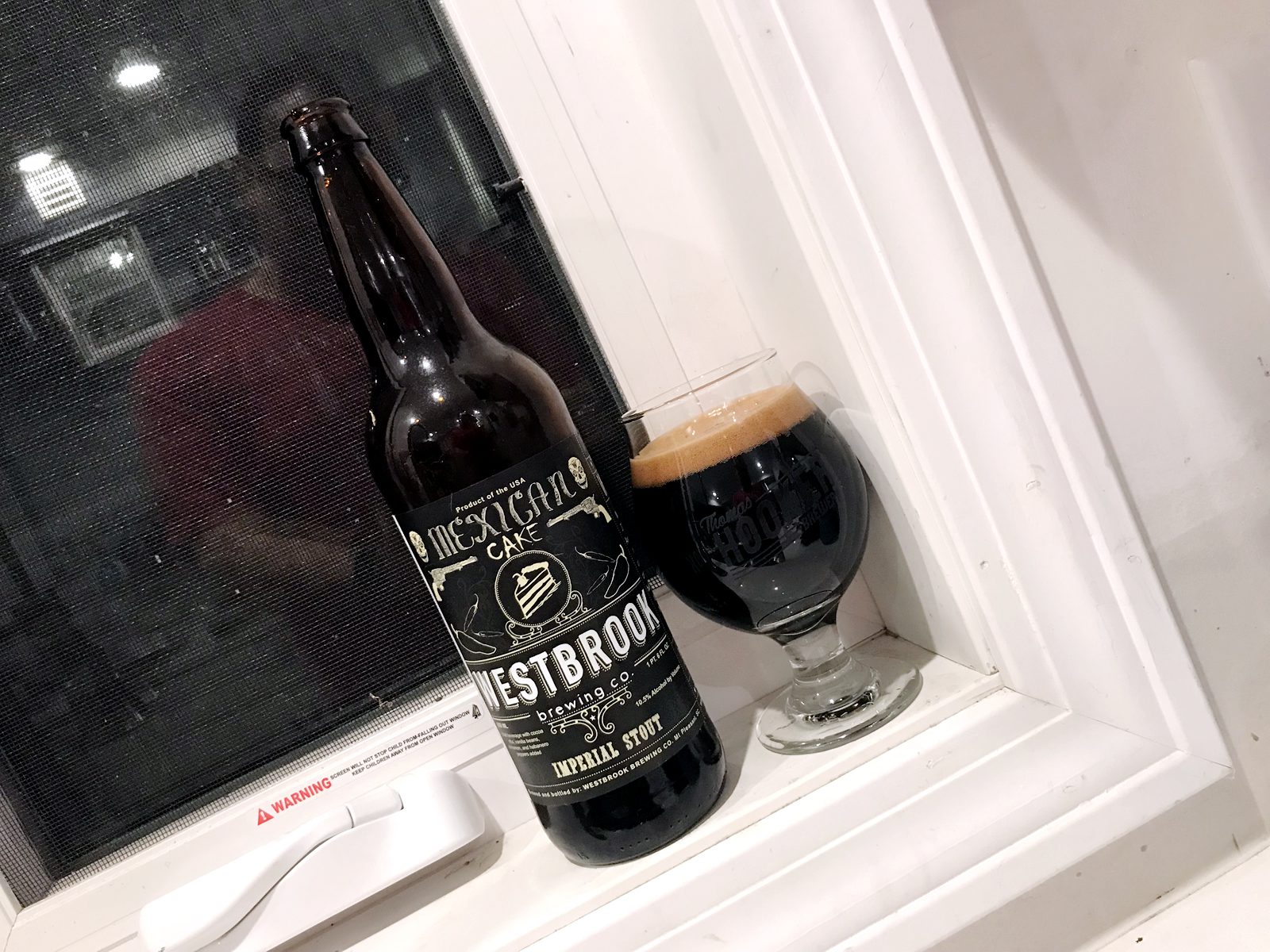 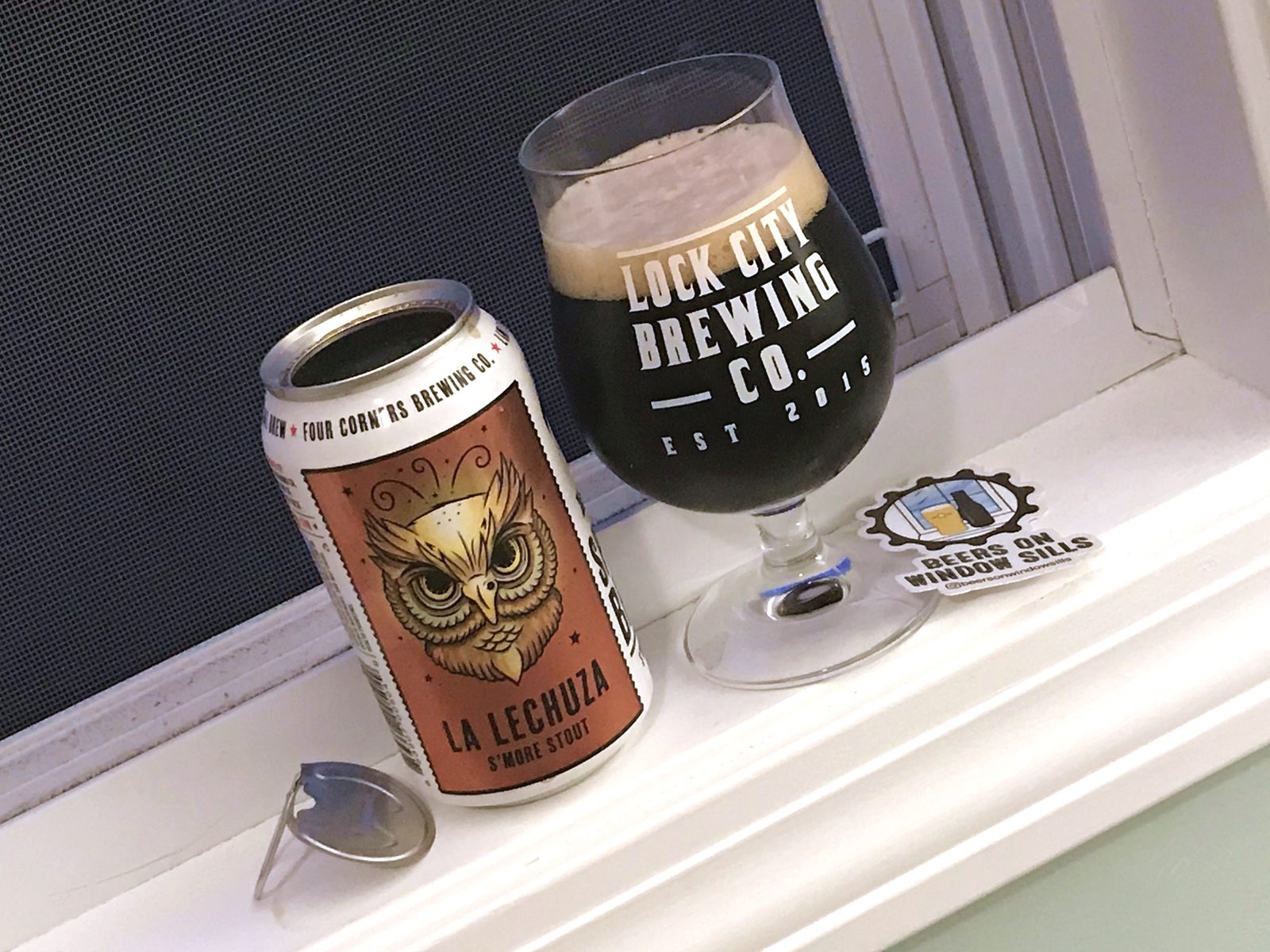 Happy Cinco de Mayo from the Windowsill to you!

Let’s talk about the Lechuza. No, not the stout, the animal at the forefront of a pretty creepy Mexican leyenda. Lechuza means owl. The leyenda speaks of a witch named La Lechuza, for the shapeshifting powers that allowed her to turn herself into an owl. There are many origin stories for the leyenda, but one of them says that she is seeking revenge for the death of her child at the hands of a drunk. At the end of the night, she hangs out near bars, looking for the last drunk to walk out so she can take them. They’re never seen alive again. Interesting that the only people reporting this giant owl woman are the dudes closing out the bars, but i digress. She also steals children who are allowed to play alone at night, so be careful kiddies!

Now let’s talk about the La Lechuza S’more Stout. It’s a no-longer-in-production stout from Dallas, Texas’ Four Corners Brewing Company. It’s a dry stout brewed with cinnamon, graham crackers and chocolate malts (hence the S’mores). The aroma hits you with some good cocoa and cinnamon, like Mexican chocolate. Pretty chocolaty on the palate, too, with a little kick from the cinnamon. It’s not sweet, though, and only slightly creamy. Pretty solid brew for sitting around a campfire telling stories of La Lechuza! Check out how the can opens, too! 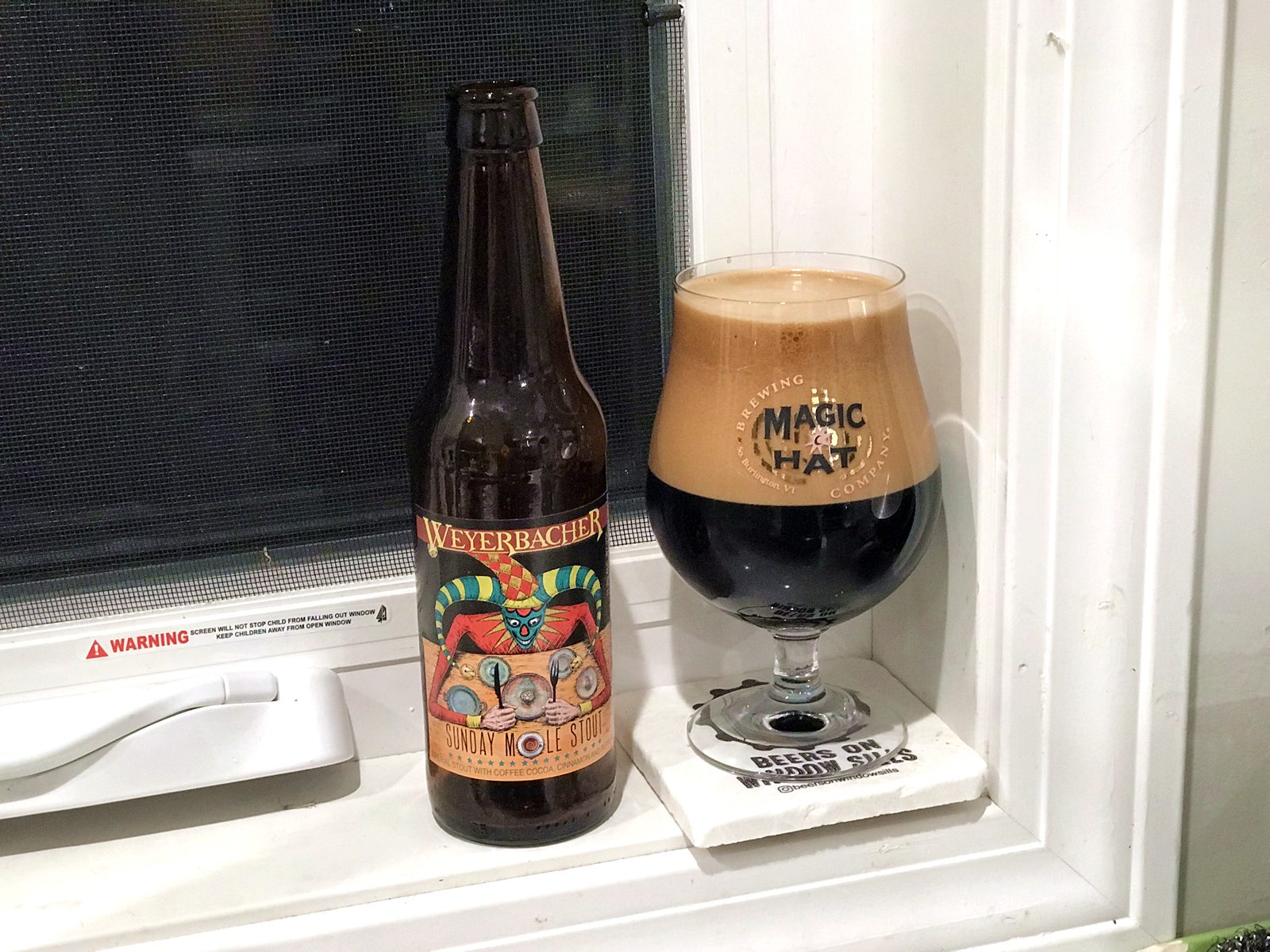 It might not be Sunday where you are, but it is on my Windowsill!

I love a good Mexican stout, don’t you? Chocolate, cinnamon and chilli peppers? Yes, please! I’ve always been curious though. Why do stouts amalgamate so well with the intense flavors from the peppers? It’s all about the thick body. As Bon Appetít Magazine said, the malty backbone of the stout is simply strong enough to support it all. The sweetness of the higher ABV highlights the flavor of the peppers, while the creamy body acts like a fire extinguisher, suppressing enough of the heat to make the beer comfortable to drink. It’s the best of all worlds!

The Sunday Molé stout from Pennsylvania’s Weyerbacher Brewing Company takes the Mexican stout one step further, really capturing the flavors of traditional Mexican molé poblano. Coffee, chocolate, heat and smokiness were what I needed from this brew, and those flavors were definitely playing a Ranchera on my tastebuds. This stout has it all: cocoa powder, cacao nibs; ancho, pasilla, mulato and chipotle peppers; and the cinnamon kick that brings it all together. Really liked this one!

Check out more delicious Mexican stouts on our Instagram, now! 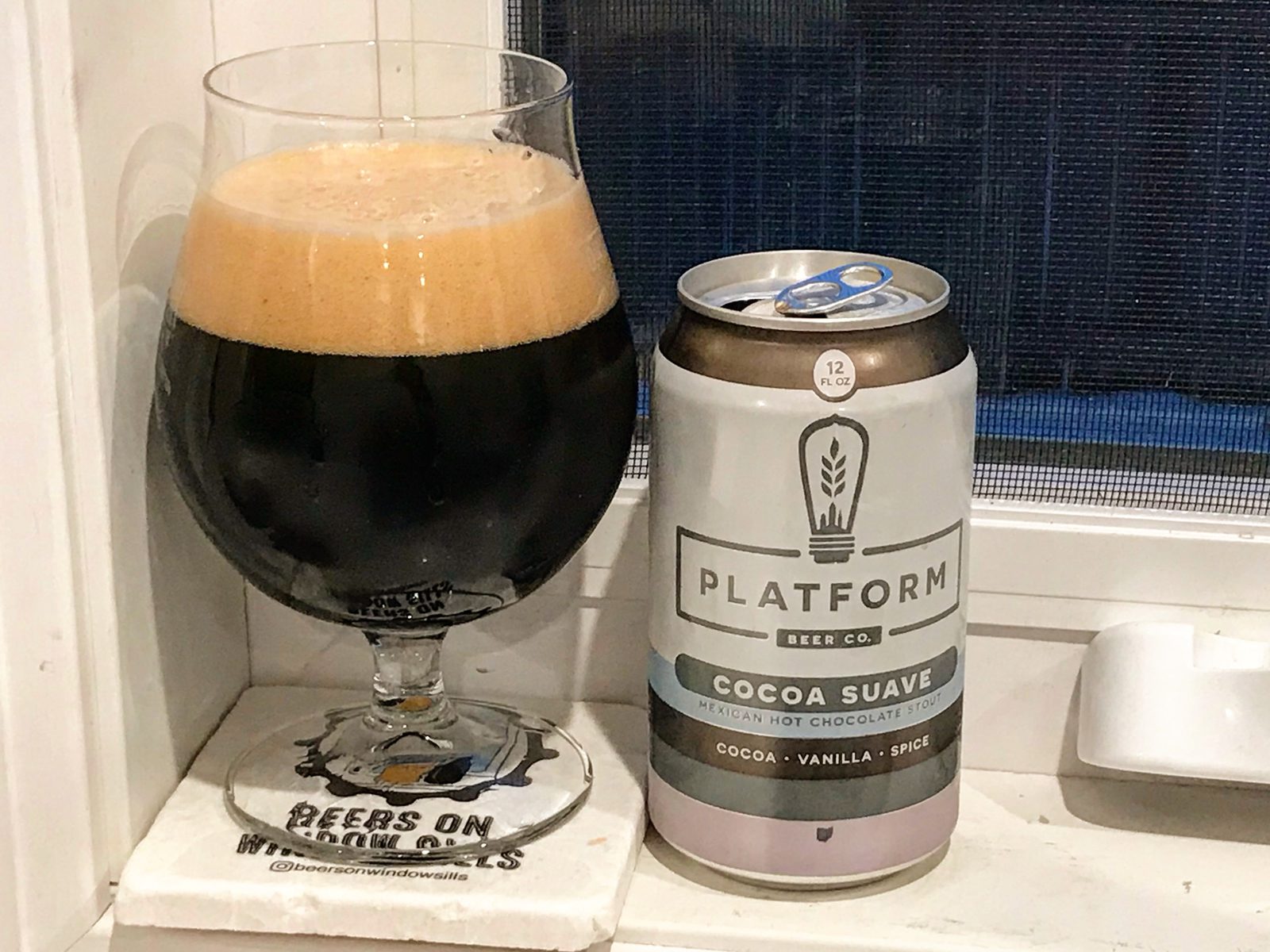 It’s cold in the North East, which means we’re going back to Stout Season! END_OF_DOCUMENT_TOKEN_TO_BE_REPLACED 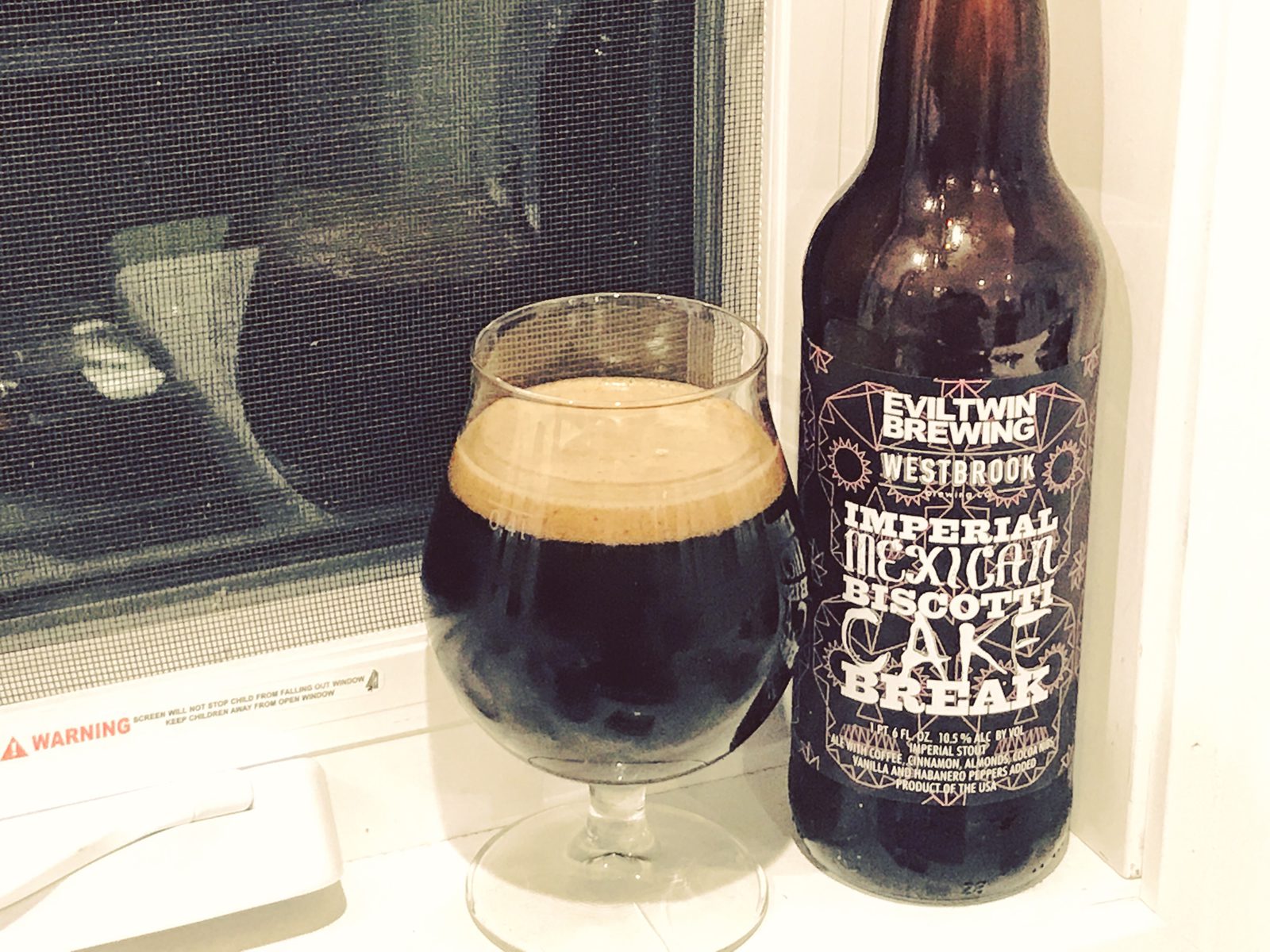 Although Cinco de Mayo is not really celebrated in Mexico, it certainly is revered on the window sill. END_OF_DOCUMENT_TOKEN_TO_BE_REPLACED 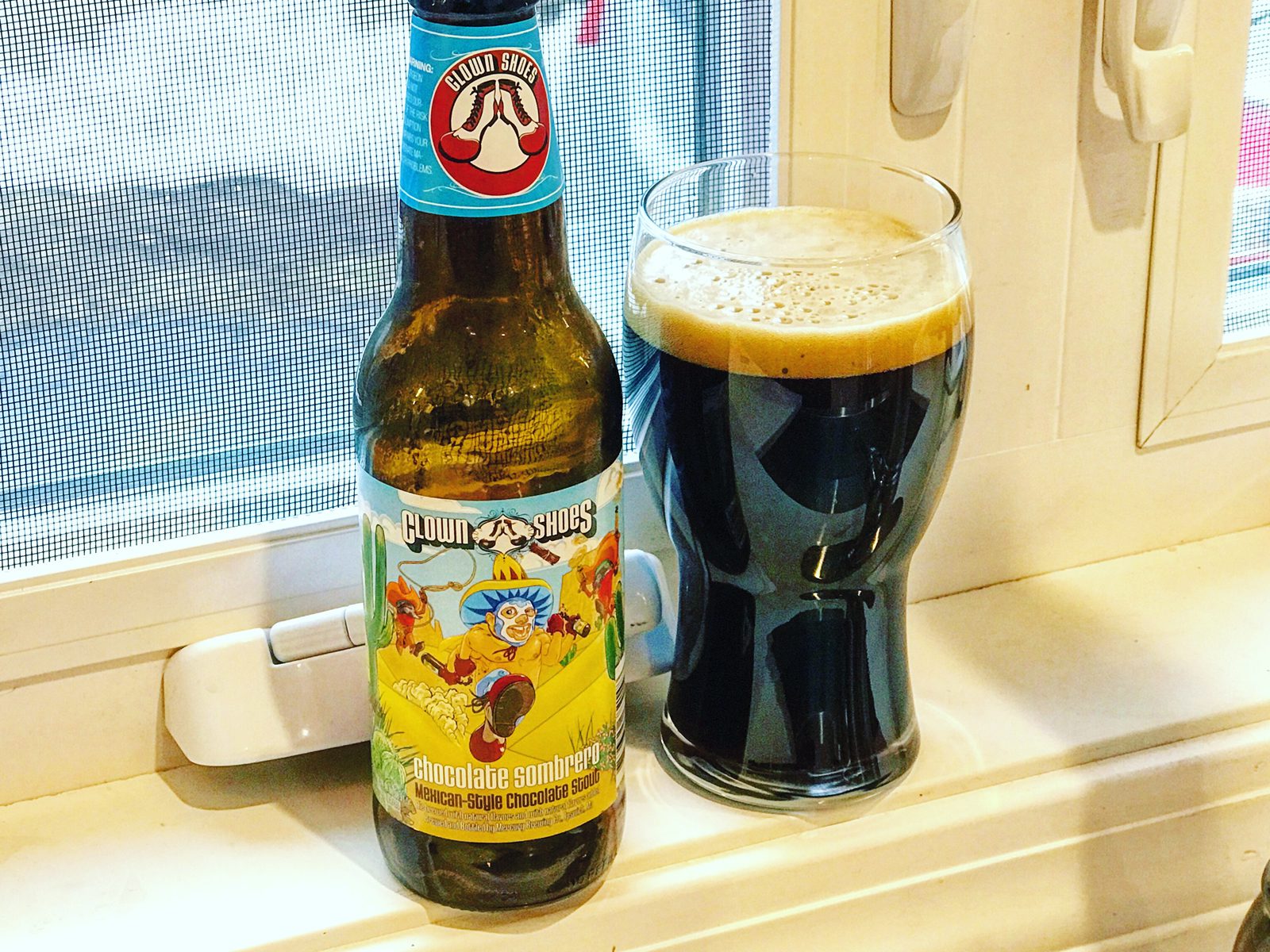 Is that a chocolate sombrero on the windowsill, or am I just happy to see you? END_OF_DOCUMENT_TOKEN_TO_BE_REPLACED