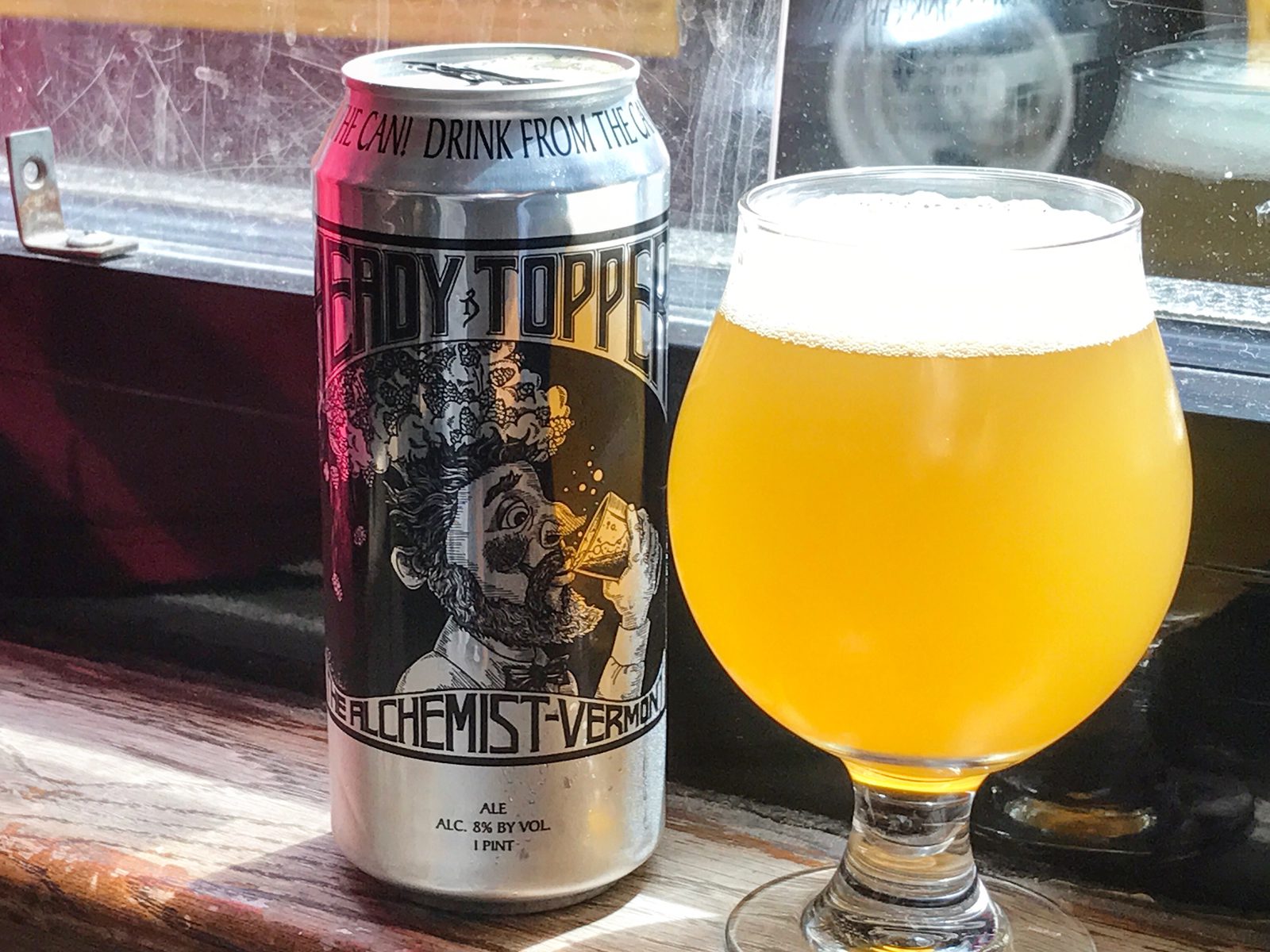 We’re celebrating 1,000 window sill followers in style, by checking off one of my bucket list beers! Cheers, Windowsillers!

There comes a time in every beer lover’s life when they have to say “To hell with it, I gotta make this beer happen.” So what did I do when I found out that a local craft beer bar had today’s beer on hand (and another Alchemist treat coming to the window sill soon), and it was just a 15-minute walk from the? Well, let’s just say my lunch plans changed. The Alchemist got its start when John and Jen Kimmich opened a 60-seat brew pub in Waterbury, Vermont in 2003. Eight years later, with much success under their brew-loving belts, the two opened up a small production brewery. Today, they have two breweries in Vermont, specializing in fresh, unfiltered IPAs. Their beers are regarded in near mythical proportions to those who lie outside their heartbreakingly small 25-mile distribution range.

After getting my hands on this deliciously hoppy American double / Imperial IPA, I can’t disagree. What can I say about the Heady Topper that hasn’t already been said by craft beer enthusiasts all over the internet? Nothing. The legend is real. The hype is legit. Find it. Drink it. Behold its glory… But save room for the Focal Banger.

Top yourself off with some more great beers on our Instagram, now!