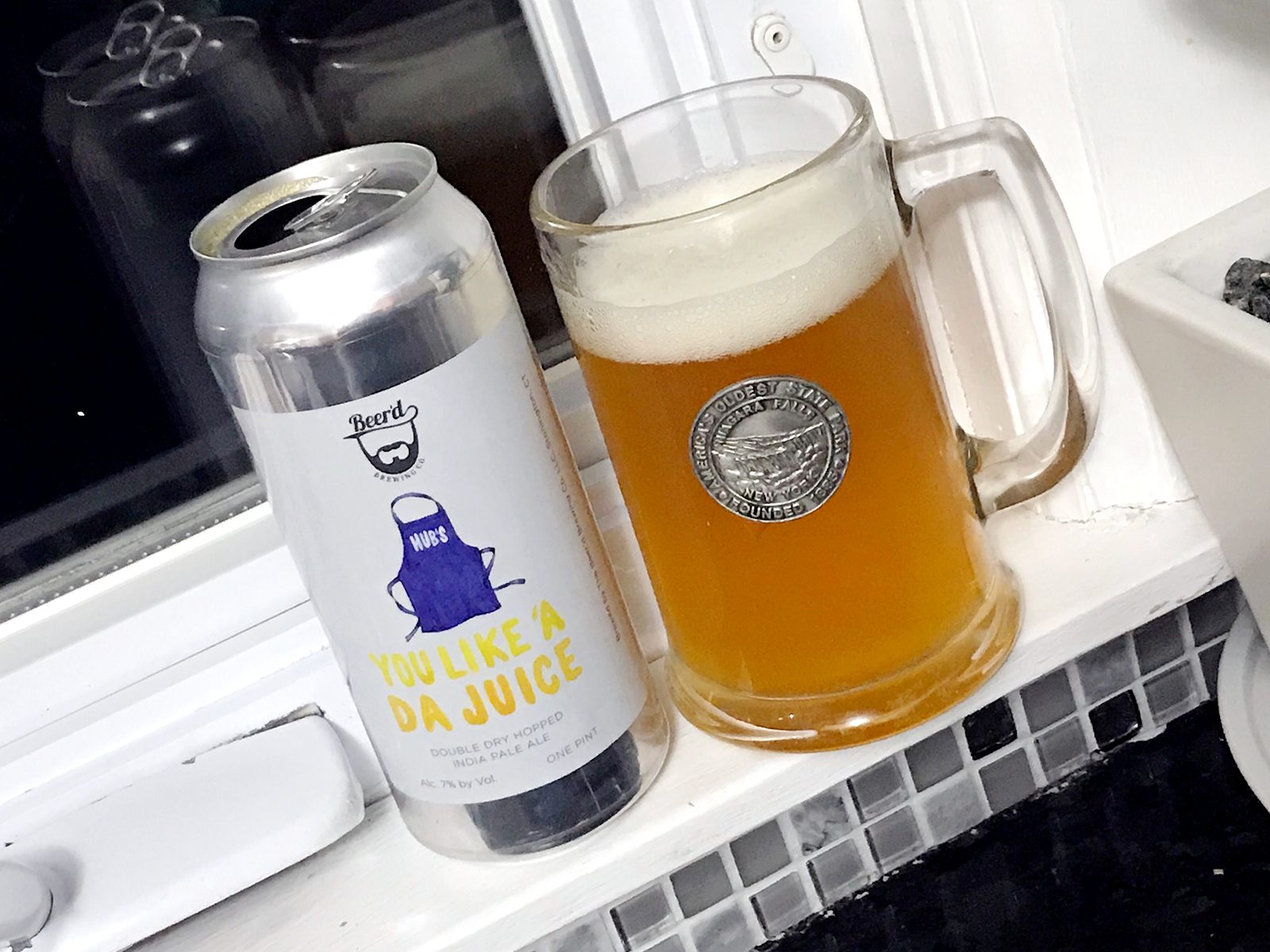 Special Notes: Originally brewed as part of the brewery’s experimental Next Episode series.

We have a new brewery on the Windowsill today!

Ever since I first heard about Beer’d Brewing Company, I’ve been itching to get them on my sill. I liked everything I read about them, from the quality of their beer to the kickass logo and can designs. When I found out that the Stonington, CT-based brewery had expanded its distribution, and was now showing up on the shelves of one of my local liquor stores, I got my wallet and jumped in my car.

Before I get to the You Like ‘A Da Juice, let me tell you a bit about the brewery. Beer’d opened its taps in 2012, making it a relative old bearded man in the Connecticut craft game. The brewery was opened by beer-loving power couple Aaren and Precious Simoncini, and still uses a humble 7BBL system to make their delicious drinks. I love their philosophy on beer, too. Their site says:

“Our aim is to reincarnate the days gone by when beer was produced by someone on your block rather than a multinational corporation. We are obviously not concerned with economies of scale and we think that shows in the quality of our offerings!”

That sounds pretty awesome to me. That’s why I’m hoping to visit next month!

OK. Now for the brew, which is why we’re all here! The You Like ‘A Da Juice is a double dry-hopped IPA that started as an experimental batch—Episode 8 in Beer’d’s Next Episode Series. People Like ‘A-ed it so much, that now it’s a permanent part of the lineup. I certainly Like ‘A da hop bill. It’s made up of Eukanot, Mosaic, Galaxy and Citra—both in pellet and lupulin powder form during the double dry hopping. I Like ‘A Dis Juicy Beer!