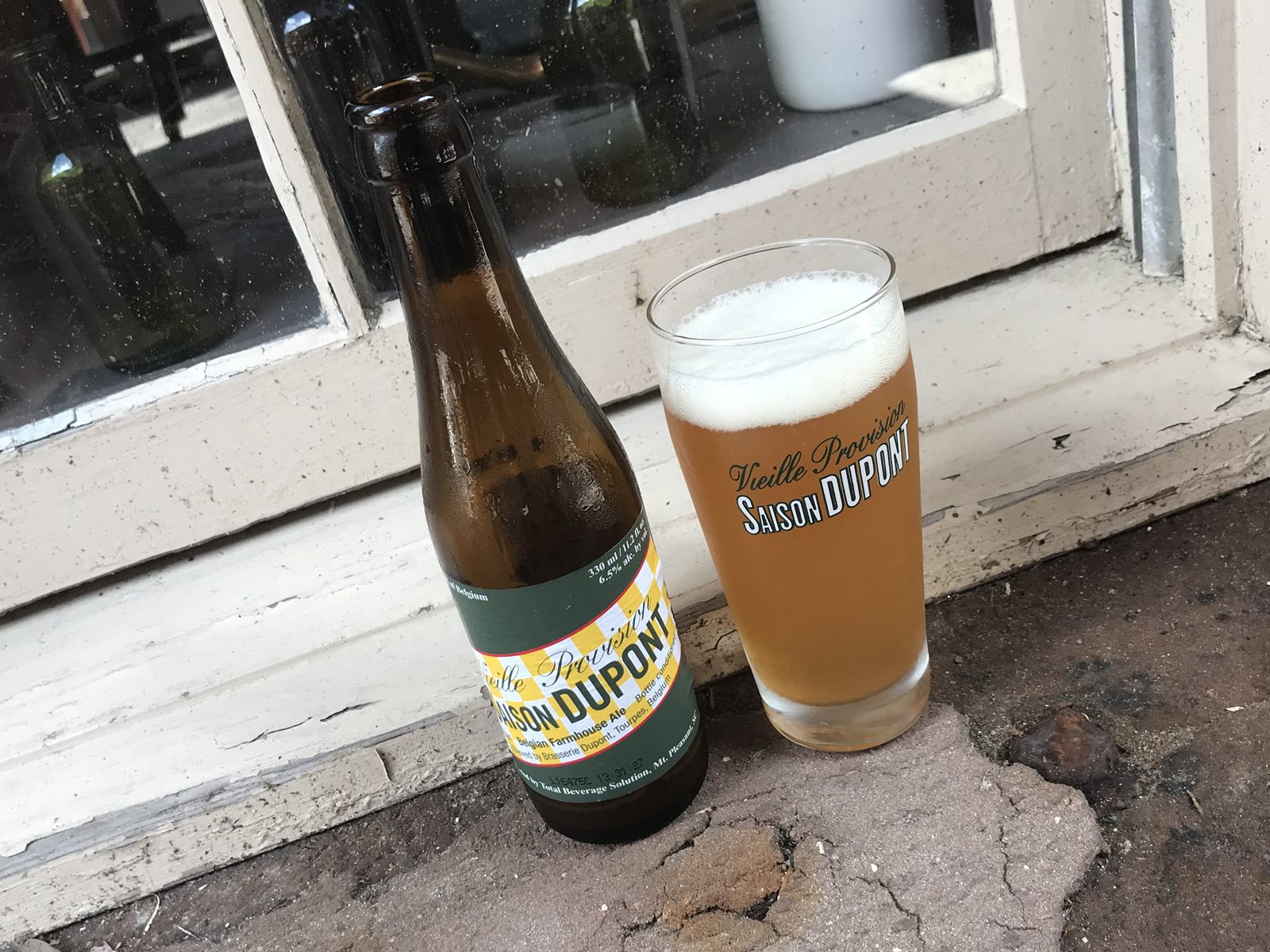 There’s an award winner on the Windowsill today!

Belgium’s Brasserie Dupont has a rich history. In 1844, a then already 85-year-old farmhouse became the Rimaux-Derrider brewery. Their specialty? Honey beer and saisons. The brewery survived World War I, and was sold to the Duponts in 1920. After World War II, the brewery was sold again, but within the Dupont family. All the while, saisons were their thing. See where I’m going with this? A 175-year-old saison specialist made today’s brew!

Thousands of breweries around the world make saisons, which makes it hard to choose the “best.” Despite stiff competition that has been around hundreds of years, the Vieille Provision is widely considered to be the prototypical farmhouse ale. It’s a simple brew, made with only malt, hops and yeast, but it’s so damn good. Must be that signature Dupont yeast strain that gives the Vieille Provision it’s funky, peppery goodness. It’s been around the U.S. since the 1980s, so go find it. Definitely a must drink!

Check out my Instagram for more delicious craft beer!