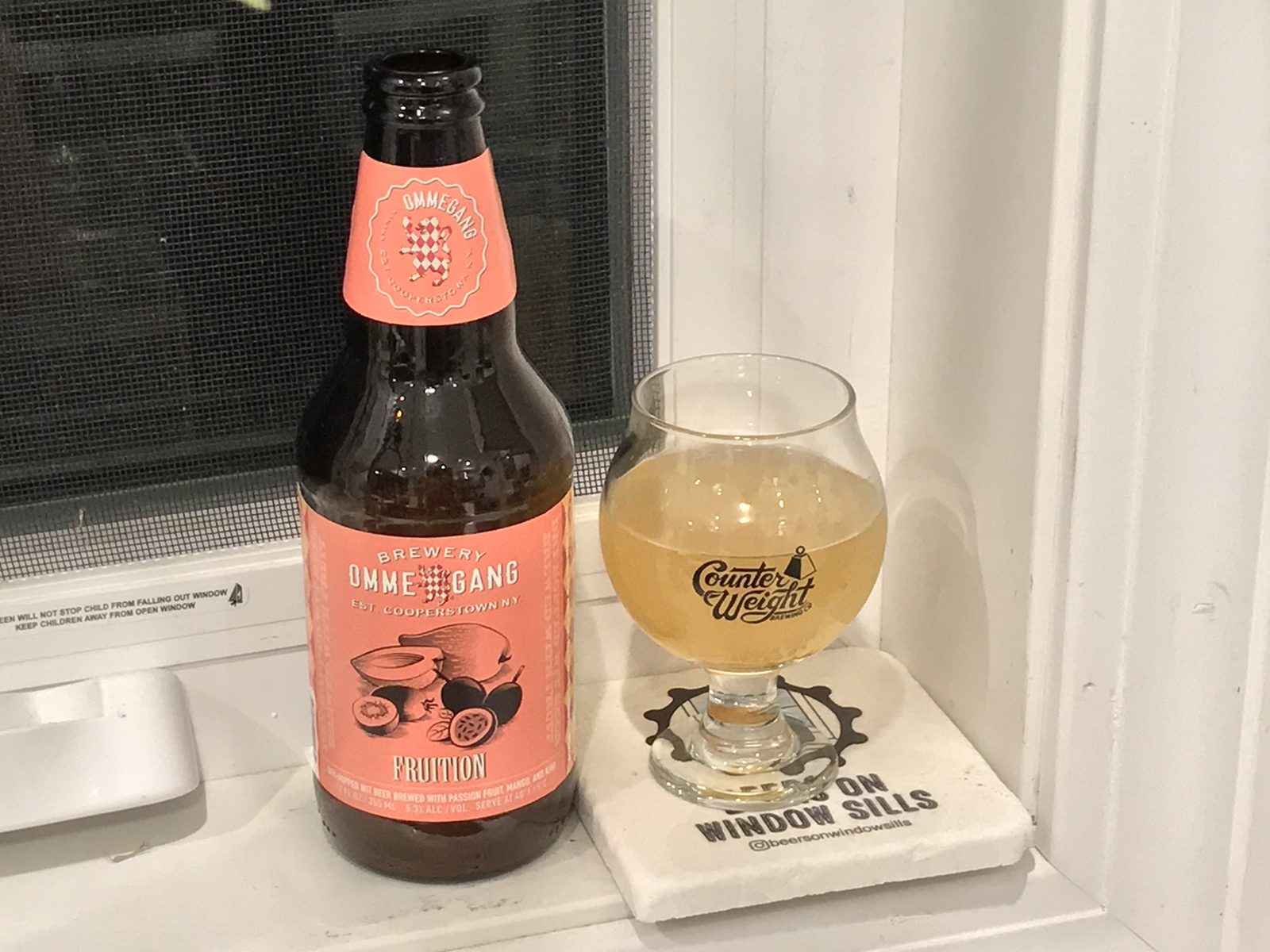 All my plans have come to fruition on the Window Sill today!

There’s two things you absolutely need to know about Cooperstown, New York. The first is that it’s the home of the Major League Baseball Hall of Fame. The second, is that it’s the home of Brewery Ommegang, which has been the case since 1997. Cooperstown used to actually be the epicenter of hop production in the United States. In fact, Ommegang is built on 136 acres that used to be a hop farm. When it was constructed 21 years ago, it was the first farmstead brewery built in the U.S. in over 100 years. Wow!

Released this summer, the Fruition is one of Ommegang’s newest year-round beers. It’s brewed with malted and un-malted wheat and oat flakes, spiced with sweet orange peel and coriander, and fermented with mango, kiwi and passion fruit juices. The kicker? It’s then dry-hopped with Citra and Cascade. The Fruition is true to its name. Very fruity, very light and crisp. Give it a shot!

There’s so much great New York beer on our Instagram, so check it out!