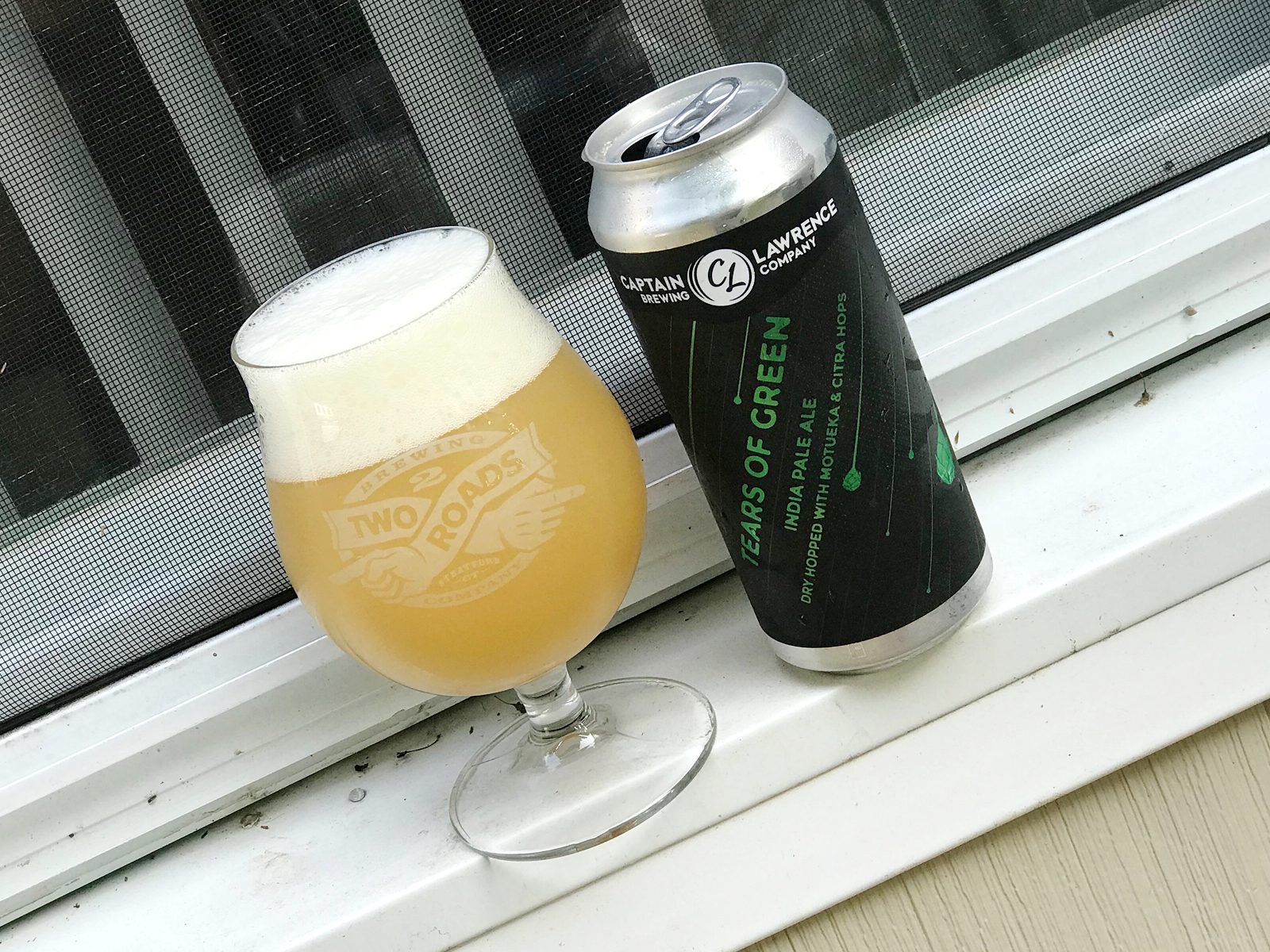 Digging into the archives for another Friday local brewery shout out!

My good friend @beernarrator posted a can of Powder Dreams from Captain Lawrence Brewing Company a few days ago, and it reminded me of just how strong the Captain’s can game has been of late. That, in turn, inspired me to dig through my photo archives for today’s Windowsill brew: The Tears of Green.

Tears of Green is one of those fun, rotating series from the Elmsford, New York-based brewery. Thus far, they’ve released several versions of it, with the most recent being dry-hopped with Vic Secret and Citra hops. Today, however, we have the first version to be canned—the Motueka and Citra version. The beer was very solid, with bold tropical flavors and not a ton of bitterness. I definitely recommend it if you’re looking to try some of Captain Lawrence’s new-ish and best-ish (in my opinion) IPAs.

I also wanted to give a quick shout out to the brewery itself, which sold its first keg in 2006, and is still going strong 13 years later. I haven’t been there just yet, but I’ve always been an admirer. Cheers to the Captain, and cheers to Tears of Green!

Head over to my Instagram page for more awesome craft beer. Be sure to follow Beers on Windowsills!