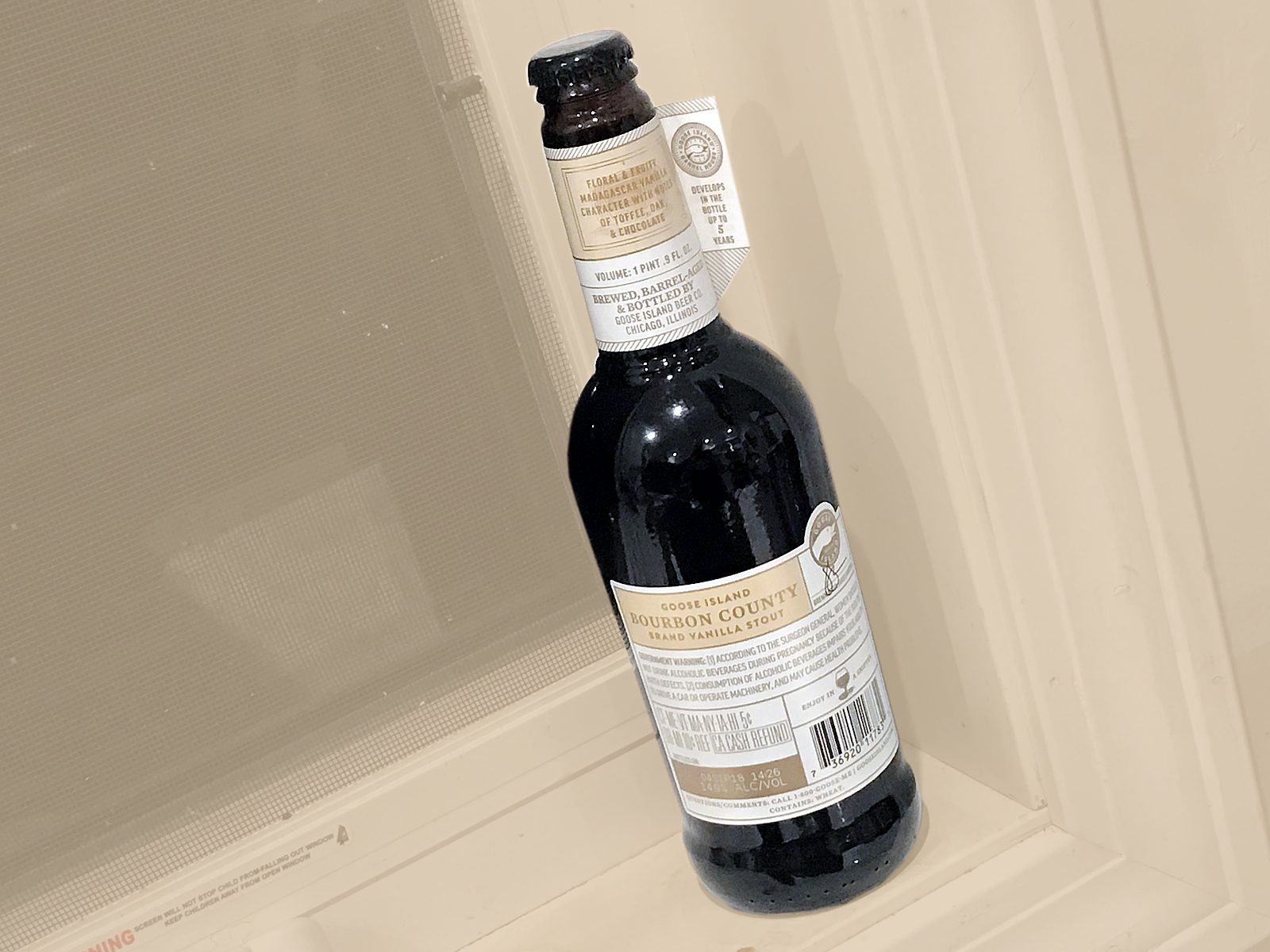 Special Notes: Grade A vanilla beans from Madagascar. The vanilla stout makes its return to the Bourbon County Brand release after several years off the roster.

Availability: Did I get the wrong one?

Thought I was done with these on the sill, but surprise, surprise!

There’s only one thing better than scoring a specialty release beer on the day it hits stores: Getting one of the rare variants three days after it reaches shelves! Thanks to my good buddy, Brian, and a well-placed day off from my day job, I managed to snag the Goose Island Beer Company Bourbon County Brand Vanilla Stout from Ridgefield Wine & Spirits in Ridgefield, CT.

I was driving around town after running some errands, when I got the word from Brian. I immediately drove to get some coffee—a little Nitro from Donut Crazy in Westport—and then made the roughly 30-minute drive to Ridgefield. Although the cashier temporarily put a fright in me by saying the system showed they didn’t have any left, she quickly asked the manager and he came out from the back with a bottle for me. I snagged the second-to-last one!

I will be reposting this once I taste it—probably some time in early 2019—but I was too proud of my find to not share it with you guys. Like the other Bourbon County Brand Stouts, this one is aged in bourbon barrels that are at least four years old. However, Goose Island’s brewers decided to add Grade A vanilla beans from Madagascar to the mix. The vanilla variant has been gone from the Bourbon County Brand release lineup for a number of years, but it’s back for 2018… and on my Windowsill.