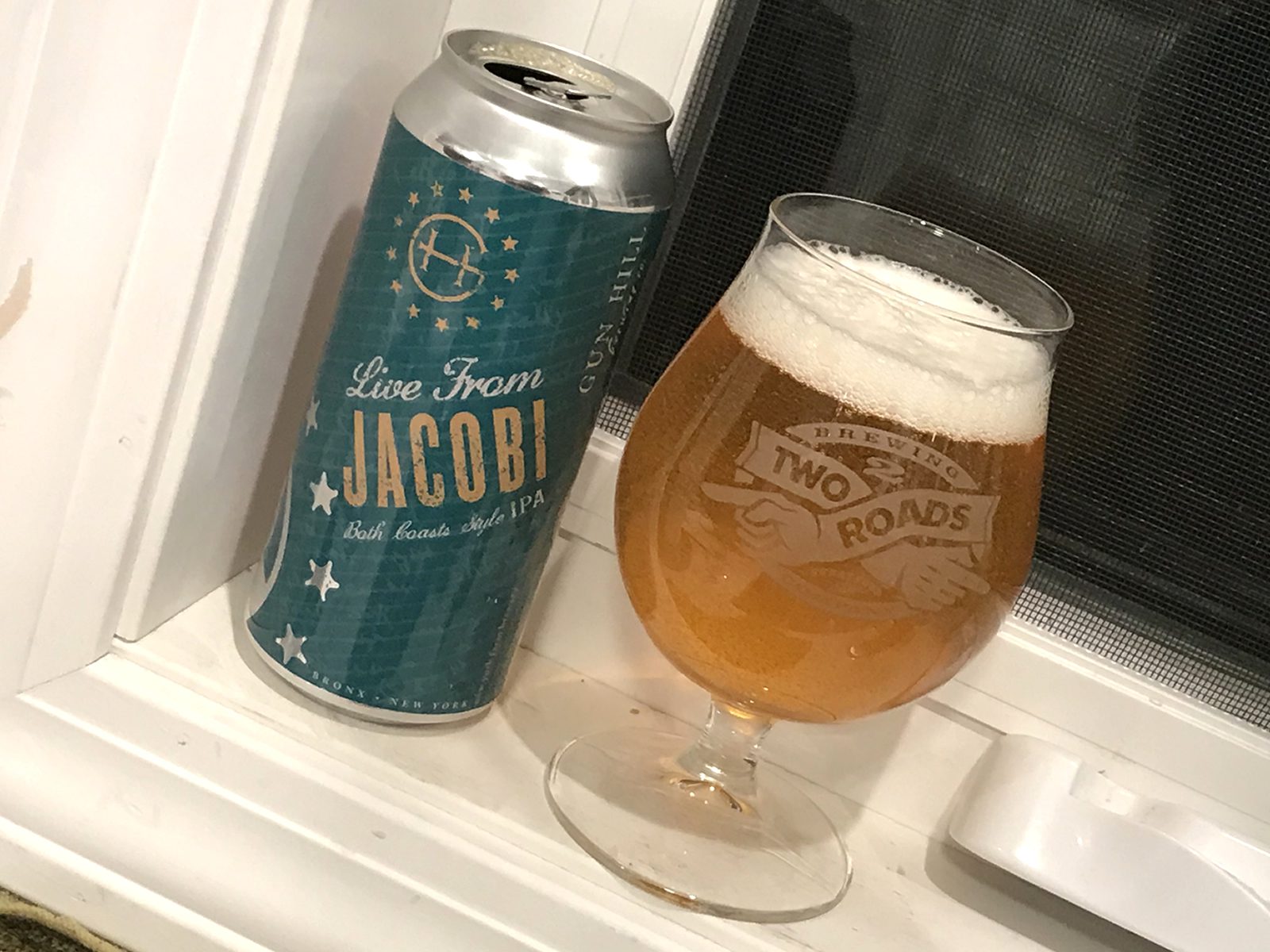 Coming to you live from the Windowsill today!

Although it was once a booming brew town, the Bronx went suds-less for 50 years before Gun Hill Brewing Company opened its taps in 2014. Owners Kieran Farrell and Dave Lopez have ties to the borough; Farrel is born and bred there, and Lopez went to school there. They operate as a New York state farm brewery, which means they’re allowed to sell pints and growlers on-site without additional permits. In return, all they have to do is source a certain cut of their ingredients from their home state. Pretty sweet deal!

Now let’s chat about the Live from Jacobi. It’s a “both coasts IPA.” I’ve also read it described as a “tribute from an East Coast brewery to a West Coast style IPA.” What does it all mean? The beer is good. The hop aromas get you right in the nostrils when you pop the tab, and the flavors are tropical, piney and citrusy. The backbone is light an bready, too. Solid beer that I really enjoyed!