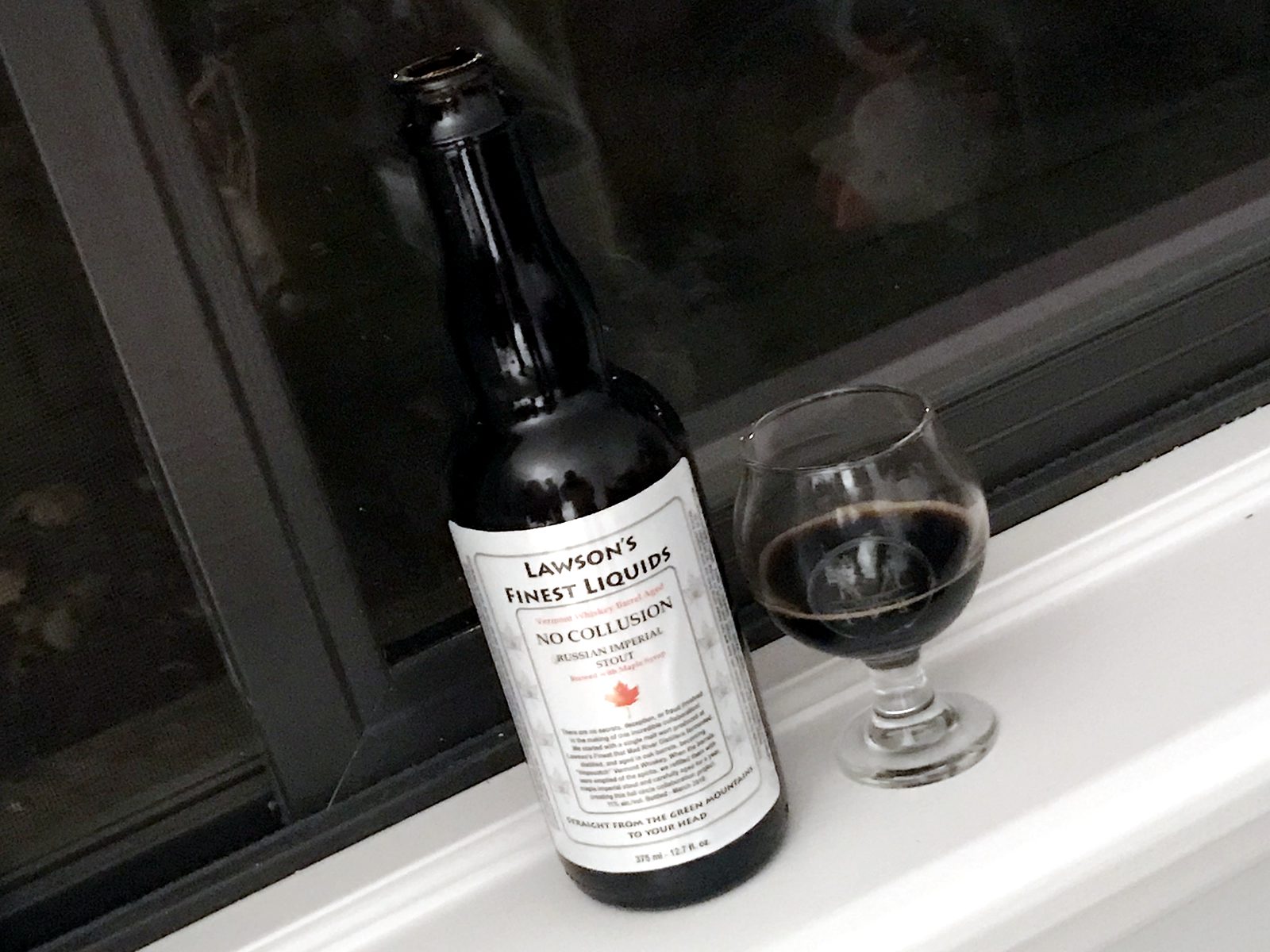 Availability: No longer in production (brewed once)

Despite the fact that today’s beer is named No Collusion, it’s very much a product of collusion… without the deceptive part of the word’s meaning, though. It comes from a partnership between Vermont’s Lawson’s Finest Liquids (makers of the Sip of Sunshine) and Mad River Distillers (a Vermont-based maker of fine spirits).

The process is detailed on the bottle, but just in case you can’t read it, it’s basically this: First, they started with Mad River’s “Hopscotch” Vermont Whiskey barrels. After the whiskey was emptied, Lawson’s filled those barrels with a maple imperial stout. One year later, the barrels were tapped and the beer inside was harvested for sale.

The next collusion that led this beer to my Windowsill, is one amongst friends. My good buddy Brian, and his new wife, had themselves a house warming party. Another good friend of the Windowsill, Alex, brought this bottle to the party and shared it with all of the guests. Collaboration at its finest, all around!

What else can I say about this beer? It was so good, that I couldn’t stop thinking about it for a few days! I still remember it fondly! Chocolatey, mapley, whiskey goodness. Although, I must say, I didn’t realize it was aged in whiskey barrels until I saw the label. The beer itself was ultra smooth. The rest of the night got away from us a bit (Bourbon County and Pumking made appearances), but the Lawson’s really stuck in my mind. Incredible. I really hope they decide to make more some day.