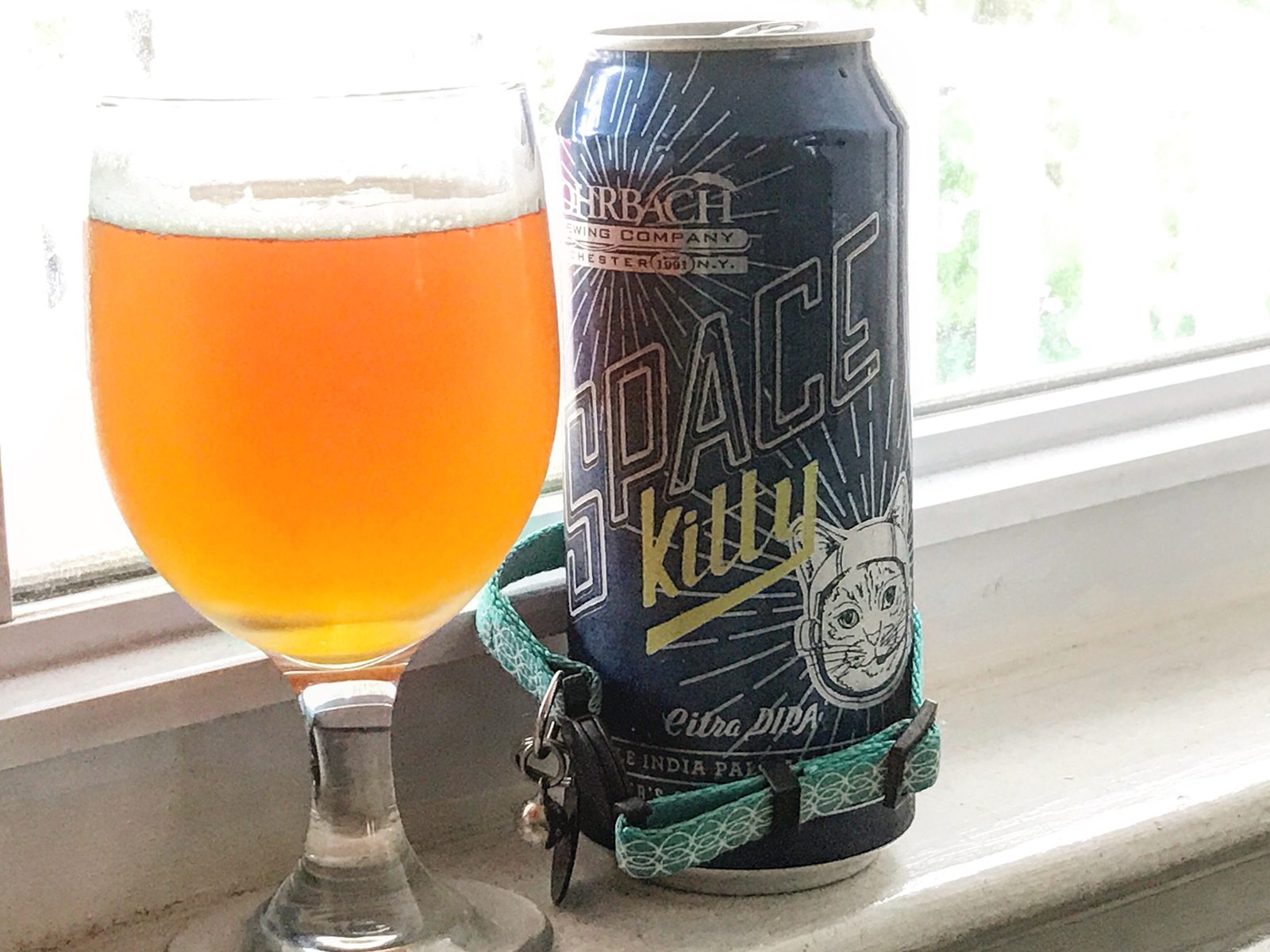 What’s that I hear… is the Window Sill purring?

I like companies like Rohrbach Brewing Company. Known as Rochester’s original craft brewery, they’ve spent the better part of the last 26 years—Rochester’s Original Restaurant & Microbrewery was founded by John Urlaub in 1991—trumpeting the pride they take in their region, their product and their role in the community.

Over the last several years, they’ve become a lot more environmentally conscious, donating their spent grain to local farmers, recycling and reusing all of their growlers, using only cans to package their beer (aluminum cans have a smaller carbon-footprint than bottles), and always using local ingredients where possible. It’s a small step, but a much appreciated one!

Now let’s talk about the Space Kitty. Not only is the can adorable (a cat in a space helmet… how can you go wrong?), the beer within is solid. The Space Kitty was initially a small-batch brew, before graduating to their Neoteric (new/experimental) series. It was so popular with customers, that Rohrbach has now made it a year-round brew. As my good buddy, @brewplexcity, said in his review of this one, let it warm up just a bit to bring those big tropical Citra hop flavors out, and you won’t be disappointed. Pick up a 16oz can of this stuff right meow!

Shoutout to @katothefatcat for letting me borrow his collar for this shot!