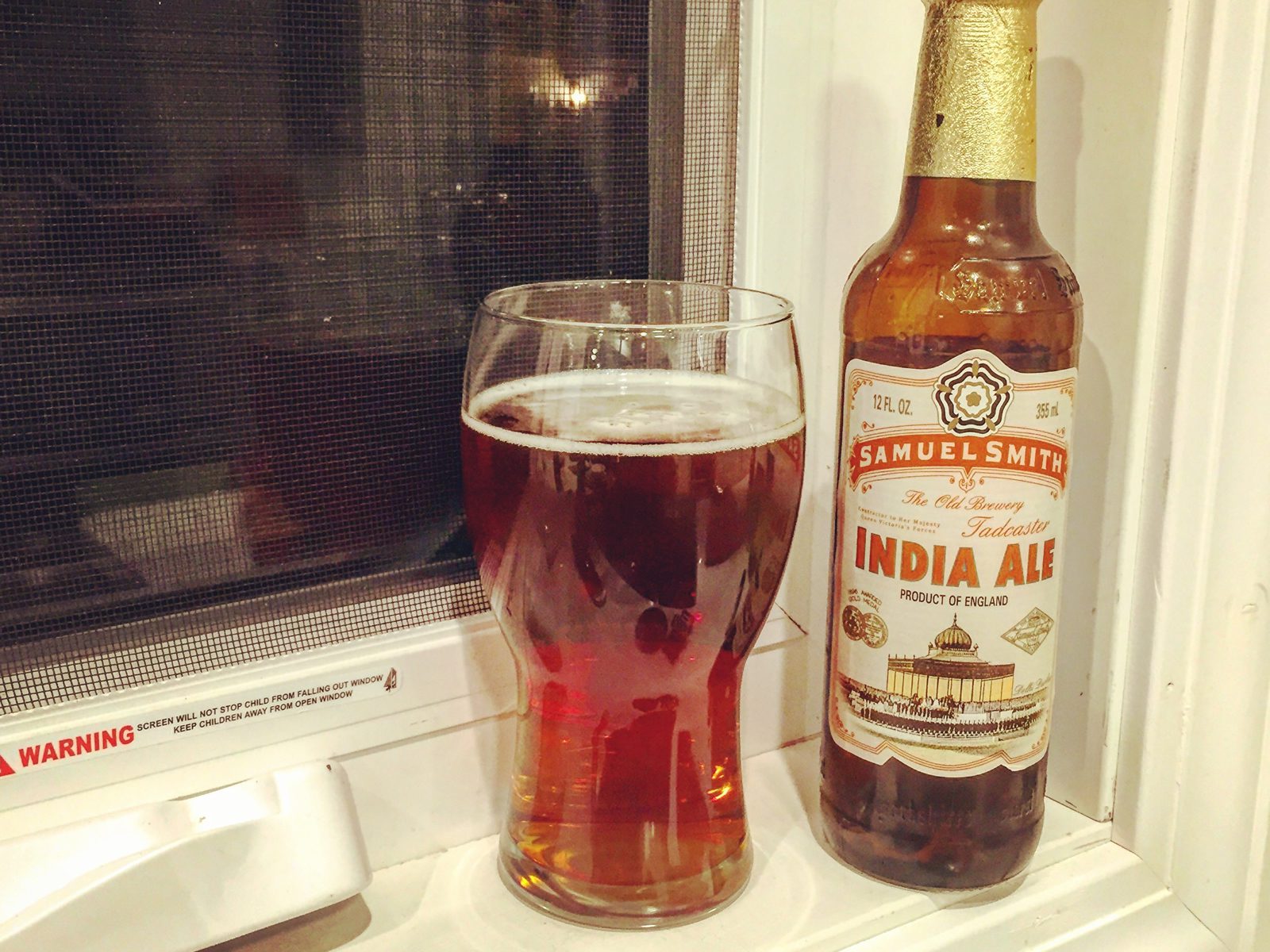 I’m bringing a history lesson, and a classic old-school brewery, to the window sill today.

You ever wonder what an IPA is, and where it came from? The IPA’s rich history goes back to the 1700s. Never one to let an opportunity to oppress another people go by the wayside, the old white dudes of the British Empire turned their attention to India. Soon, a lot of boat traffic was going from England to India and back. Unfortunately, it took six months to get to India, and food preservation methods of the time left a lot to be desired, so it was super hard to bring beer for the trip. Luckily, few are more motivated to innovate than those who want to get drunk on a ship for 6 months. Rather than be sober, the British began brewing beer slated for India with more hops. The hops preserved the beer, and the quest to oppress and exploit India was saved. Hooray for imperialism!

All that said, the India Ale is another solid offering from Samuel Smith’s Old Brewery, which has been in operation since 1759 and still uses many of its original brewing techniques. The maltiness and fruity hop character of the India Ale make for a nice homage to those British IPAs of old. At least you don’t need to be on a ship for six months to enjoy it!

More great beer from Samuel Smith is on our Instagram. Check this one out!