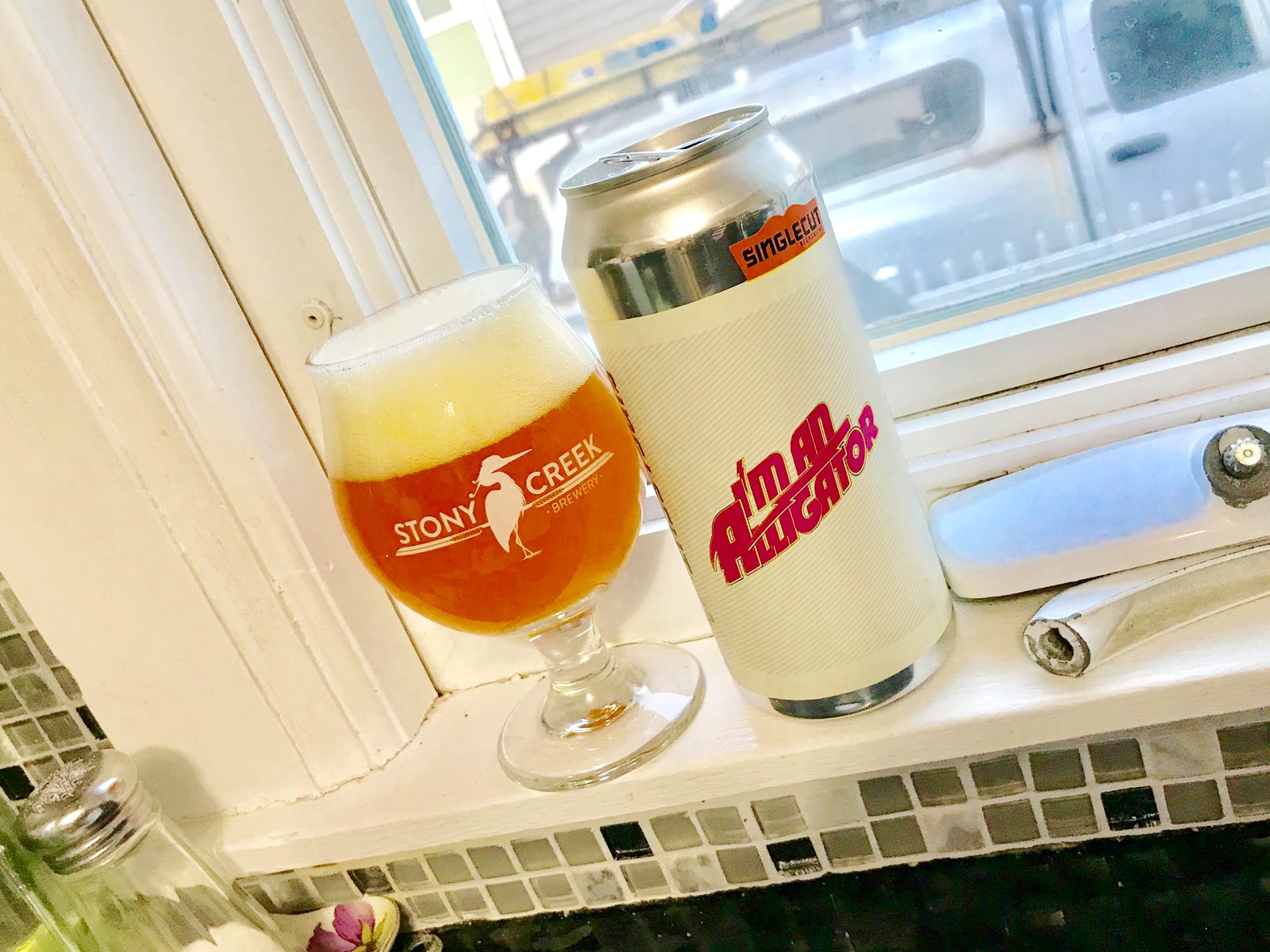 “I’m an alligator, I’m a mama-papa coming for you / I’m the space invader, I’ll be a rock ‘n’ rollin’ Windowsill for you” David Bowie… sort of.

It’s common knowledge to SingleCut Beersmiths fans that owner Rich Buceta loves David Bowie. Bowie’s fifth studio album, The Rise and Fall of Ziggy Stardust and the Spiders from Mars, has been a huge influence on the Queens-based brewery’s beer names and label art. I always get a kick out of the Bowie-inspired names. Buceta really knows how to find those names, doesn’t he?

I’m An Alligator—formerly known as Cold Fire—is the “bigger brother” of another SingleCut IPA that has previously graced my sill, the Weird & Gilly. It’s a double dry-hopped DIPA inspired by Moonage Daydreams, a song Bowie originally recorded in 1971 with a band Arnold Corns, and subsequently re-released as the third track on Side one of Ziggy. I’m not sure what the hop recipe is for this one—SingleCut usually keeps that close to the chest—but, as the can says, it’s mega dry-hopped because “the Spiders demanded it.” Never disappoint the Spiders, I always say.

Like everything else SingleCut does, I’m An Alligator is phenomenal. Smooth, juicy and a little dank… Definitely one to chomp down on ASAP.