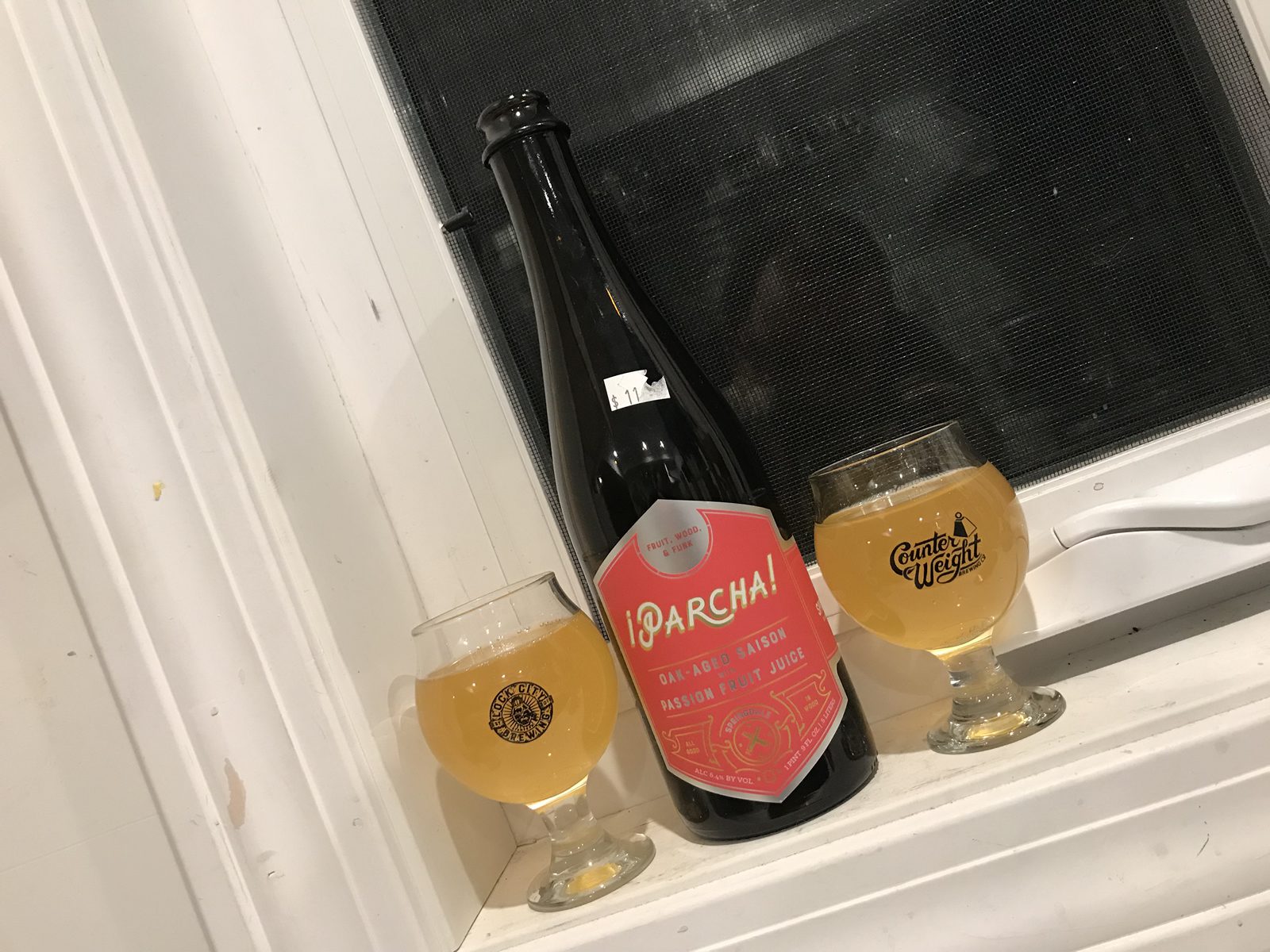 Who knew the passion fruit had such an interesting backstory? First of all, the name comes from the fact that it’s one of the many species of passion flower. In the 1700s, the plant was named by missionaries in Brazil who were trying to convert natives to Christianity. It was also known as “flor das cinco chagas,” which means “flower of the five wounds.” It was specifically used to teach the natives about the crucifixion of Christ.

The ¡Parcha! Is a nice little concoction that I am pretty passionate about (see what I did there?). Springdale took a saison, added passion fruit juice to it, and then aged the entire thing in oak barrels for six months. The resulting brew is a little more tart than most saisons, almost like a wild ale. That being said, the sweetness from the passion fruit provides some solid balance of sweet and sour. Aside from the sweetness, the passion fruit flavor really stands out, unlike some other passion fruit beers I’ve had. Pretty enjoyable bottle of parcha infused ¡Parcha!

Head over to Instagram to check this one out!