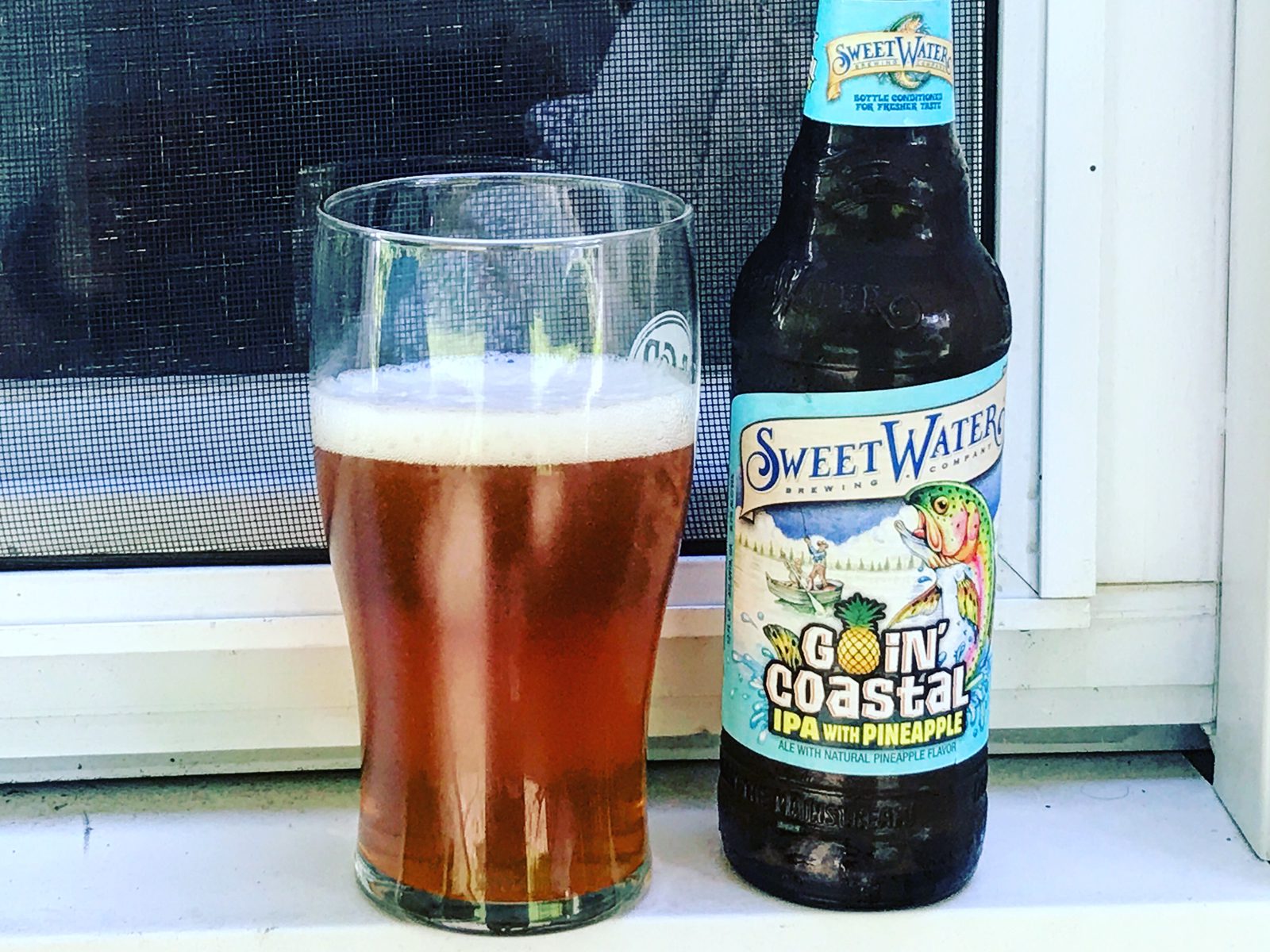 For the first time ever, we have a Georgia beer on the sill today!

SweetWater Brewing Company founders Freddy Bensch and Kevin McNerney met at the University of Colorado in the early 90s. In 1997, with college behind them and some experience brewing at several West Coast breweries on their resumes, they founded SweetWater in Atlanta. Why Atlanta? Freddy was drawn there by the 1996 Olympics, and found it to be in need of some West Coast-style beer. He got Kevin to head on down to Georgia (run boys, run), and the two never left. Why SweetWater? The brewery gets its name from SweetWater Creek, where Freddy often went kayaking. The business practically named itself.

Like a West Coast brewery in Georgia, the Goin’ Coastal is also somewhat unique. I wasn’t sure before I opened the bottle, but as soon as that pineapple aroma hit me, I knew I was in for a good one. I happened to enjoy this one on the beach (you know I had to sneak it there if you follow my stories), which, in retrospect, was the perfect setting. Columbus, Cascade, Simcoe, Goldings and Centennial hops load this beer up with citrusy flavor, and the rush of pineapple was an absolutely perfect complement to the sand between my toes. Yummy.

Go check out our Instagram for more great beers!