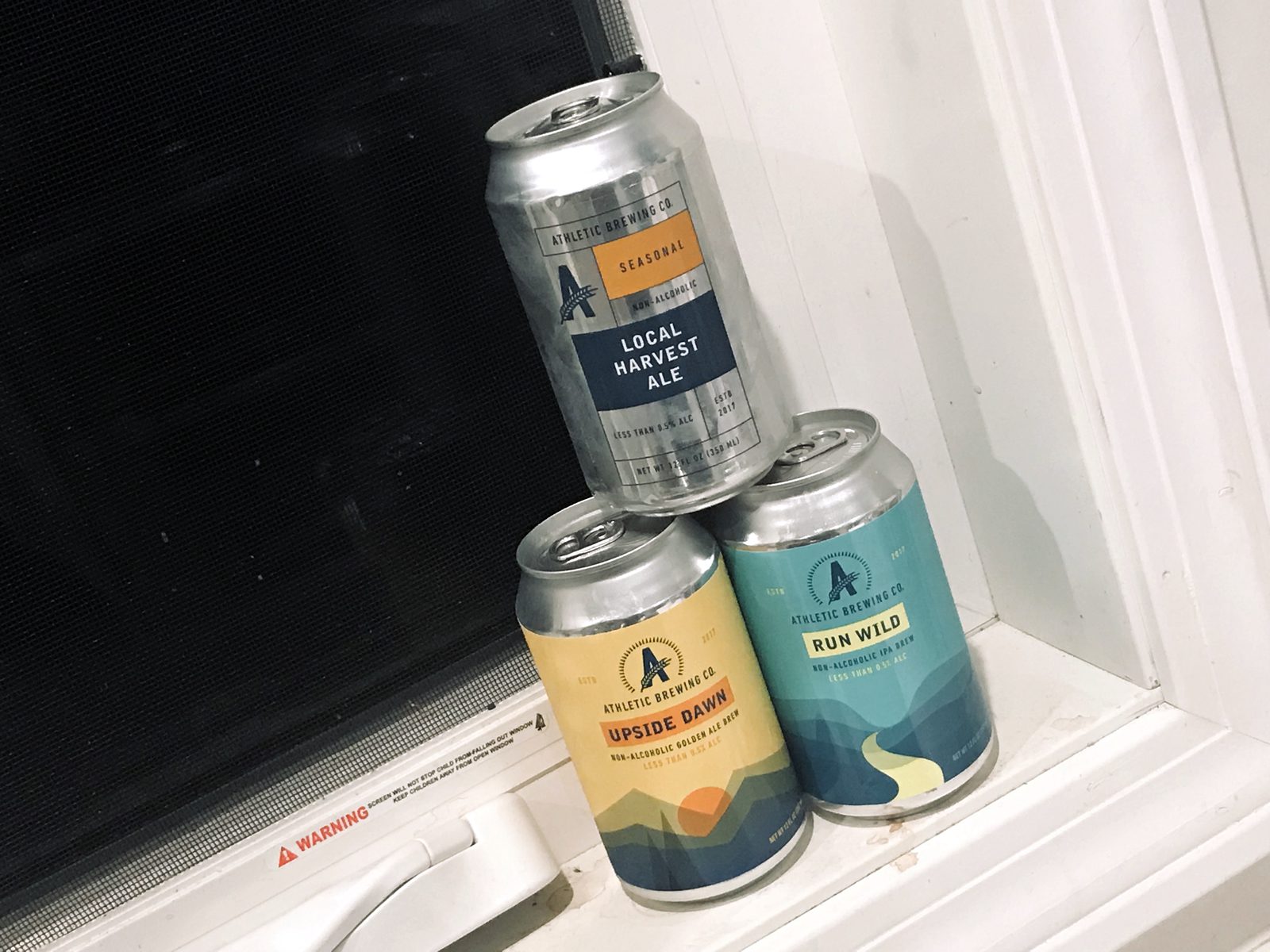 Non-alcoholic craft beer? Now I’ve heard everything… and tasted it, too, thanks to Athletic Brewing Company!

We’re doing something very different with the windowsill today—a brewery intro unlike any other we’ve done before. Athletic Brewing Company in Stratford, CT opened its taps in 2018, and is owned by Bill Shufelt. What’s so special about this place? Well, what Athletic does is very unique. Nobody else on the entire East Coast does it, and only two other places in the entire United States. What is it? Non-alcoholic craft beer!

Some of you may have stopped reading, but those of you who haven’t must be as curious as I was when I heard about this place. All of my memories of non-alcoholic beer are basically of O’doul’s (“What beer drinkers drink when they’re not drinking beer”)… awful.

Athletic is different. Shufelt was about to get married, and wanted to improve his life through health and fitness. Too many weekend nights drinking led to too many hangovers and unhealthy meals, which didn’t vibe too well with his demanding financial career. He cut the booze and never went back to it, but still enjoyed going to bars and hanging out. Unfortunately, there was not a lot for him to drink in a lot of public places. One thing led to another, and here we are.

When I heard about his brewery (thanks to the gang at @203local), I reached out via DM and Bill Graciously agreed to send me some beers to sample. When I got their package, I was very impressed. Bill sent me three different beers: The Upside Dawn Golden Ale (3 cans), the Run Wild IPA (3 cans) and the Local Harvest IPA (6 cans). The packaging was lovely, and even included stickers and other information about the beer and brewery.

All that matters is the taste though, right? Especially if the beer isn’t going to wow you with a hefty ABV. Well, here are my thoughts. This is the best, and most well-crafted, non-alcoholic beer I have ever tasted. Here’s how the beers did, for me.

Tasting Notes: The Upside Dawn was light and crisp with some good floral aromas.

Tasting Notes: The Run Wild was hoppy and had some good IPA qualities with a nice bitter finish.

Tasting Notes: The Local Harvest IPA is a fall seasonal from Athletic. It, too, was pretty hoppy and had some interesting flavor.

All that being said, as well-crafted as these beers were—considering that they can’t rely on the alcohol content for sales, I would argue that what they’re doing is harder than “normal” brewing—it’s not for me. The concept of the “beer without a buzz” is not something I’ll probably ever truly be into. Also, although the beers had some solid flavor, that too doesn’t compare to a “regular” IPA or Golden Ale. I love everything Athletic has done, and I will cheer them on from afar and wish Bill well with his company, though.

If you want to drink beer, but want a healthier option that won’t get you drunk, definitely check these guys out. They’re local, and they’re doing great work. Cheers!

Head over to Instagram to check this out right now!