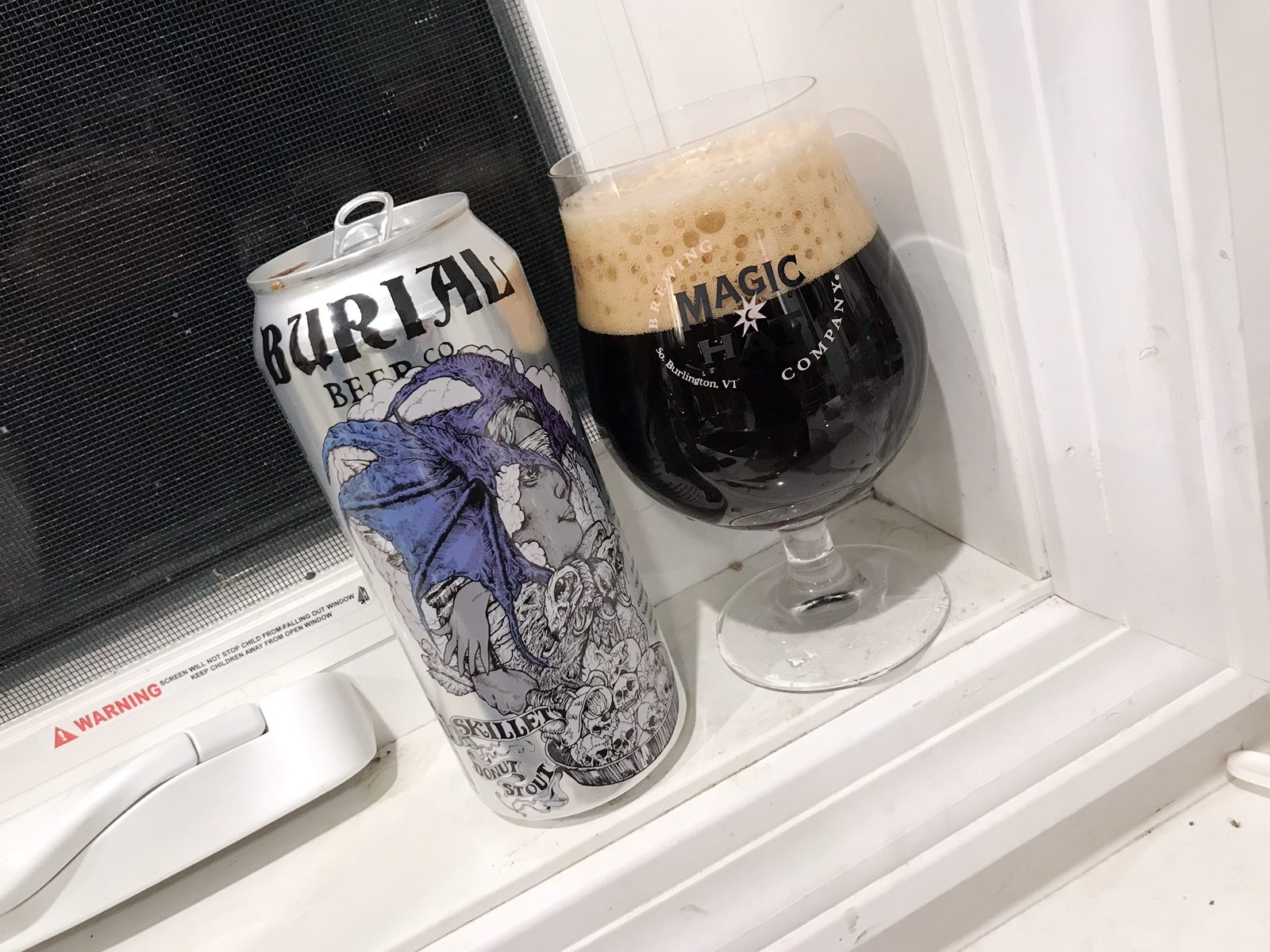 Special Notes: Brewed as an ode to the skillet. Yes, a skillet. It’s also brewed with Counter Culture Coffee, Lactose and Molasses.

Let’s celebrate Women in craft beer on the Windowsill today!

Let’s kick off this Monday with a spotlight on a great woman in the craft beer game, Burial Beer Co.’s co-owner, Jess Reiser. She started out blogging about beer in Seattle and fell so deeply in love with beer culture that she, her husband and their friend Tim, co-founded Burial Beer in Asheville, NC. She had previously spent time in New Orleans, and the influence that time had on her life can be seen in the beer names and can labels that the company comes up with. We need more women and minorities in the craft beer game, and Jess Reiser is a role model for all that next!

The Skillet Donut Stout was quite the experience. Starting with that beautiful label art from David Paul Seymour. It’s stunning. The beer itself is an ode to the skillet. “Cold black iron. Never decaying, it is held to the fire to unearth impeccable flavor from whatever it holds. The skillet is our most trusted and daring tool of culinary ingenuity.”

Like the skillet, the Skillet Donut Stout pours a nice black color. It’s brewed with a blend of nine barley malts, a “healthy” helping of oats, molasses, and lactose, as well as lots and lots of coffee from @counterculturecoffee. I got a ton of coffee on the nose and in the flavor on this one, and I really, really liked it. Great stout!

As always, check out more great craft beer on my Instagram! 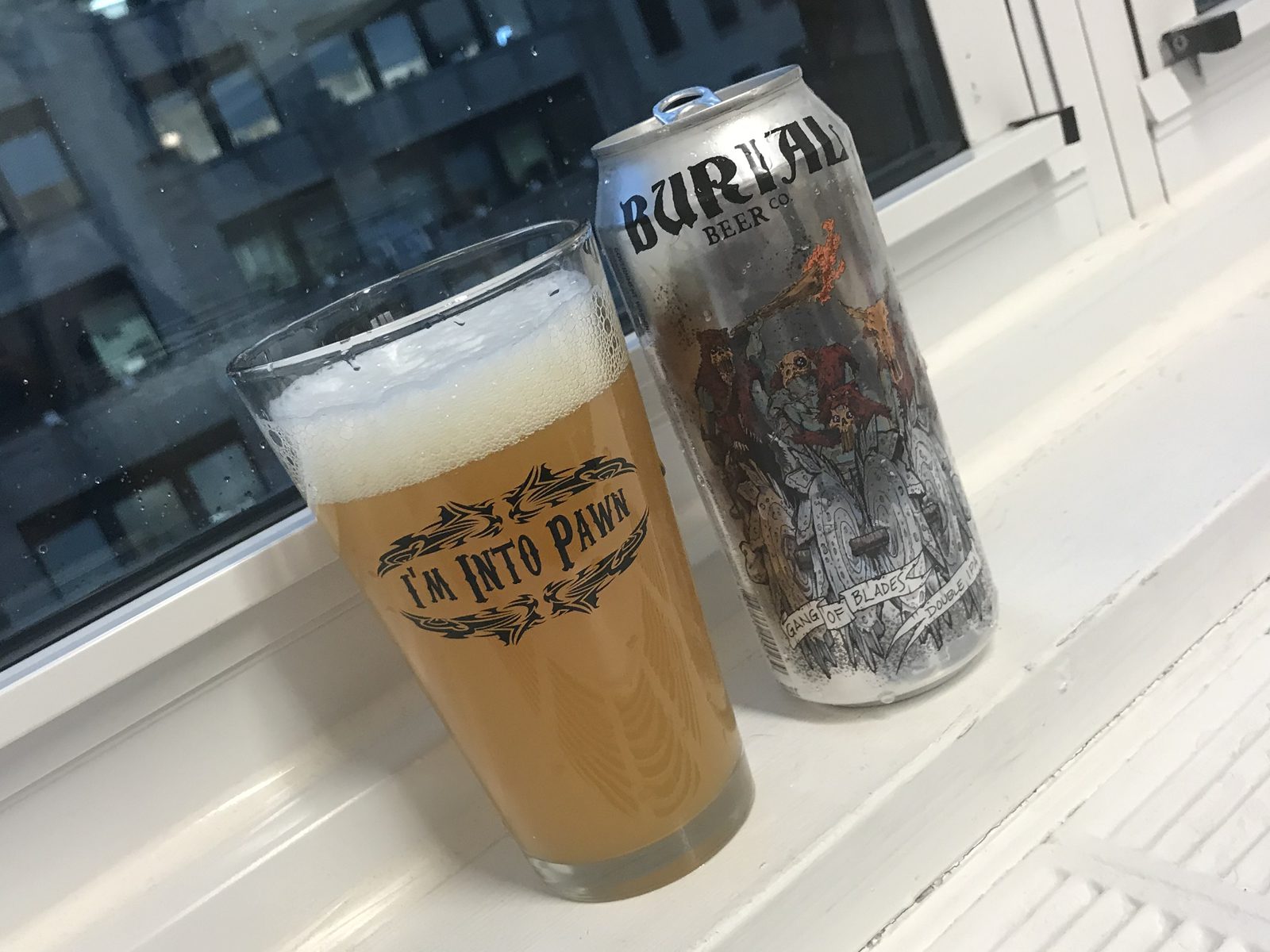 I have definitely found my gang on the Windowsill today!

There’s so much to talk about when it comes to Asheville, North Carolina’s Burial Beer Company, that I’m gonna have to find more of their beer so I can talk about it all. First of all, they were founded by Jess and Doug Reiser—they’re married—and their friend and head brewer, Tim Gormley in 2013. They started as a one-barrel system and now, just five years later, they have a production brewing facility where they’ll soon be opening a new beer bar. The company’s unique branding is inspired by the few years the Reisers spent living in New Orleans. That time in the Big Easy infiltrates every pore of the brewery—from the names of the beers to the art on the cans, which are designed by David Paul Seymour. Such a great brewery!

Now, the beer. According to an interview in Craft Beer and Brewing Magazine, Gormley and the Reisers are in an “ever-going quest to create the ideal IPA for each customer.” They have come pretty close to creating mine with the Gang of Blades double IPA. It’s brewed with the scintillating combination of Amarillo, Belma, Centennial, Columbus, Mandarin Bavaria and Simcoe hops. However, there’s a twist. They used wild ale yeast for fermentation, which kind of makes this a wild-ish IPA, I guess? Whatever you want to call it, the Gang of Blades is friggin’ juicy and delicious!