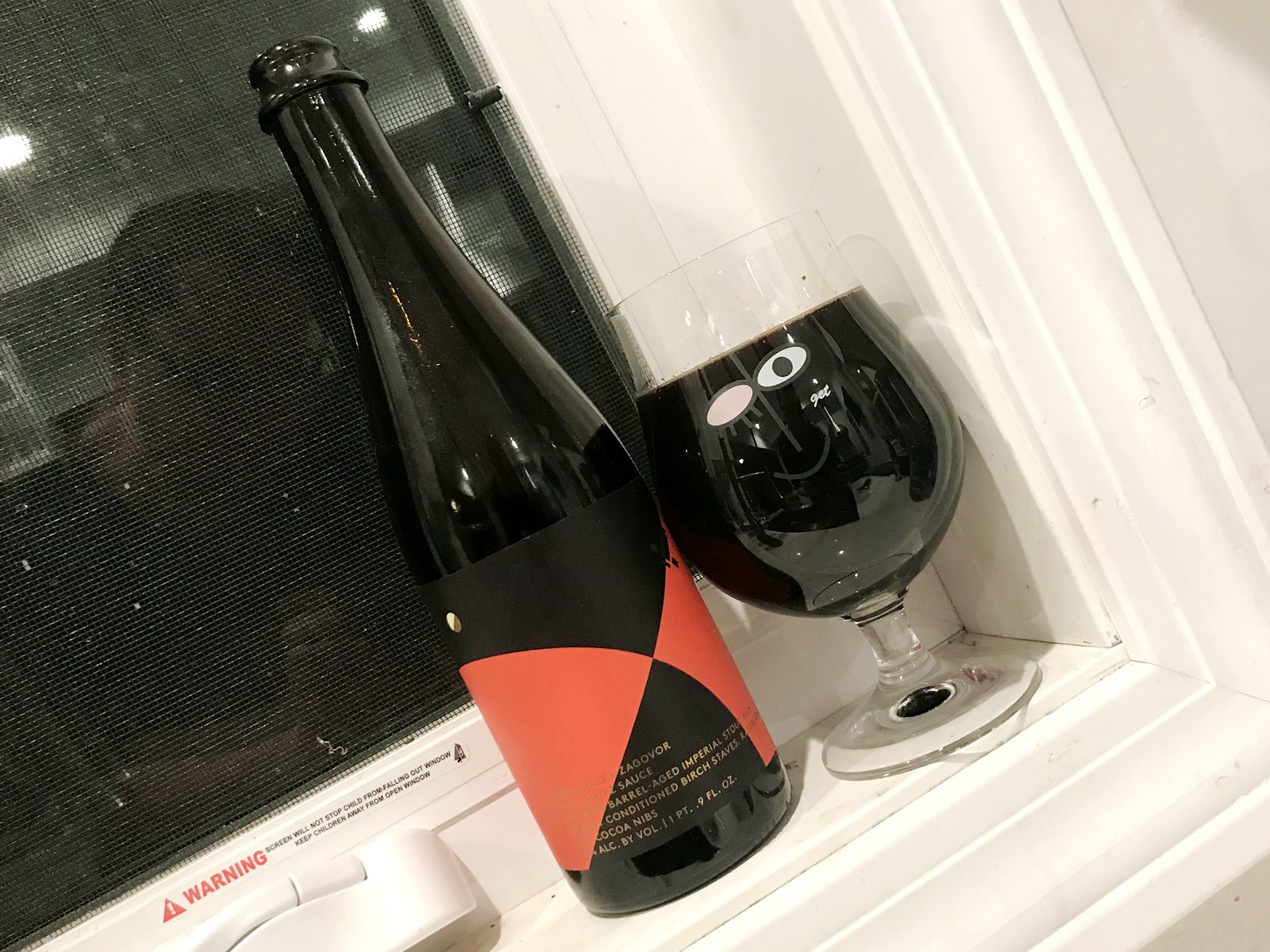 Availability: No longer in production

The Windowsill is simply out of this world for Stout Season today!

Have you guys heard about the Russian Revolution? No, not the Communist one back in 1917 that I covered in my post about The Czar from Avery Brewing Company. I’m talking about the Russian craft beer revolution! Back in 2014, the Russian currency collapsed, making many things unaffordable for the Russian people. One of those things was foreign beer. But, from a tragedy, arose a great thing. When they couldn’t afford to get outside craft beer, many Russian people just decided to make their own. Over the last five years or so, the Russian craft industry has boomed, and there are now over 100 craft breweries in the country. That boom is partially why we got today’s Windowsill brew—the Space Soyez Sauce.

Back in 2015, Brooklyn’s Other Half Brewing Co. teamed up with Moscow’s Zagovor Brewery. Zagovor is the Russian word for “conspiracy,” and the brewery bills itself as a provider of “craft beer from the deep end of the Moscow underground.” There’s no conspiracy behind today’s beer, though. It’s phenomenal.

I can honestly say that the Space Soyez Sauce is one of the more unique beers I’ve ever tried in my life. The base beer is a really solid imperial stout, but the two breweries put out three other varieties as well. All three varieties are aged in red wine barrels with Ararat brandy-soaked birch staves thrown in for good measure. One of them went to market just like that, but the other two are special. One is also aged on cherries and vanilla. The one I got, that you see in the photos, is aged on raspberries and cocoa nibs. I love nibs!

This variant is phenomenal. Every flavor is palatable. The rich chocolate, the red wine notes and the raspberries all shine through. The base stout is also quality, smooth and delicious despite the high ABV. When i first poured, the lack of thick head kind of made me pause, but the nose and flavor knocked it out of the box for me. Sadly, it’s not in production anymore, so you’ll have to dig to find it. I got my Space Soyez Sauce at Decicco & Sons!