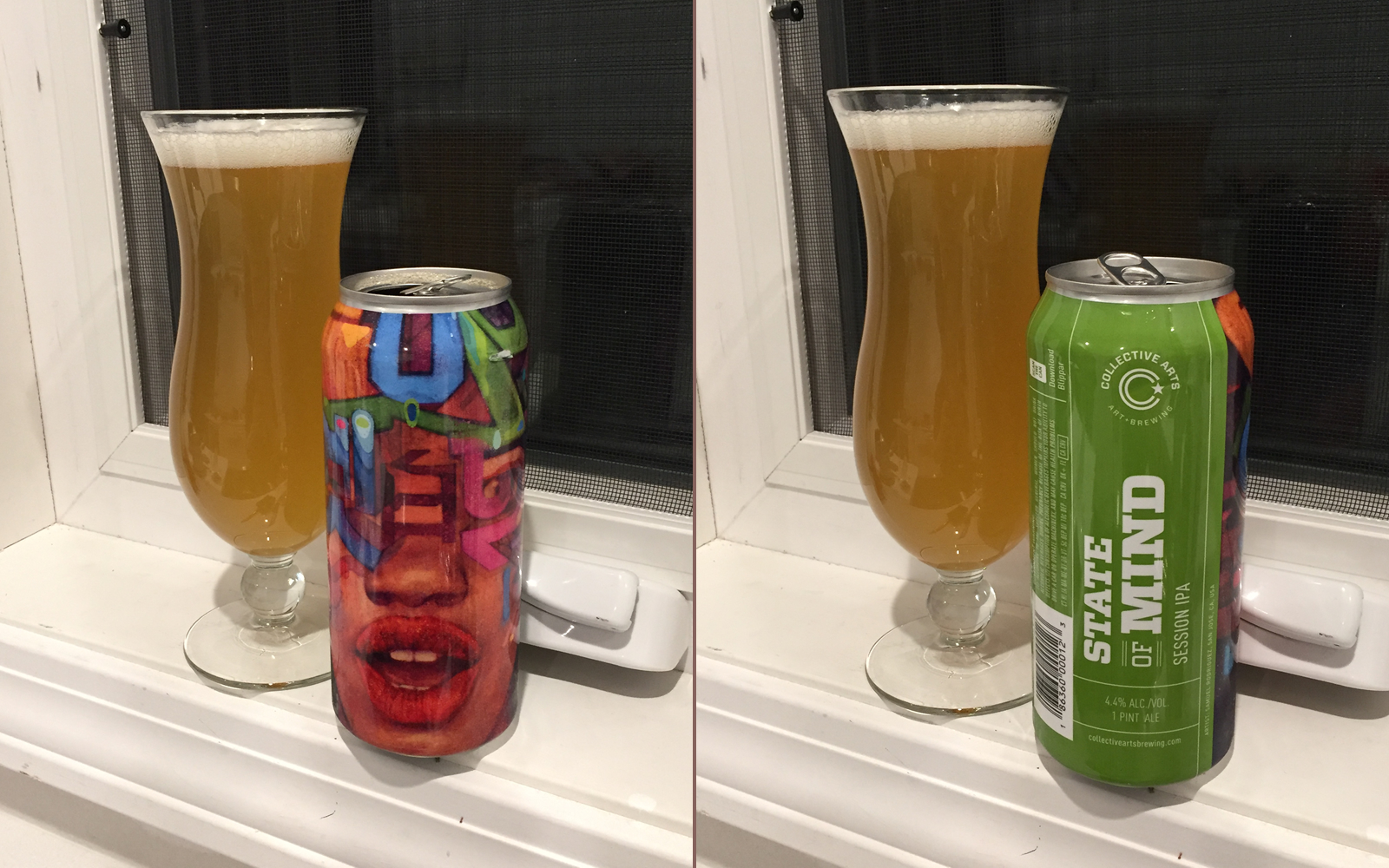 Looks like our friends at Collective Arts Brewing are in a window sill state of mind today!

I love IPAs, but sometimes I don’t feel like being drunk after just one beer. That’s when a good session IPA can do the job of providing crisp refreshment without fully knocking you on your ass. So what’s a session IPA? It starts with the word “session.” During WWI, British munition workers were allowed two drinking breaks, or “sessions,” for a few hours in between shifts. Most of them spent that time at the local pub getting sloshed (so they could go back to making explosives!). Because of this, they preferred lighter beers with less alcohol content. The session IPA, and any other session beers, won’t get you as drunk… in case you have to go make guns and bombs and such. Ah?

I’m a big fan of Collective Arts Brewing, and they made me pretty happy with this session IPA. The Ontario brewery may have cut the alcohol content of this brew, but they certainly didn’t skimp on hoppy flavor. The taste is dominated by tropical fruit and orange, with hints of grapefruit and pine. It’s super crisp and very refreshing, and I was able to function normally after having one! Huzah! I had to take two pictures to make sure I could show off that beautiful label art.

Looking for session IPA suggestions? Head over to Instagram, now!