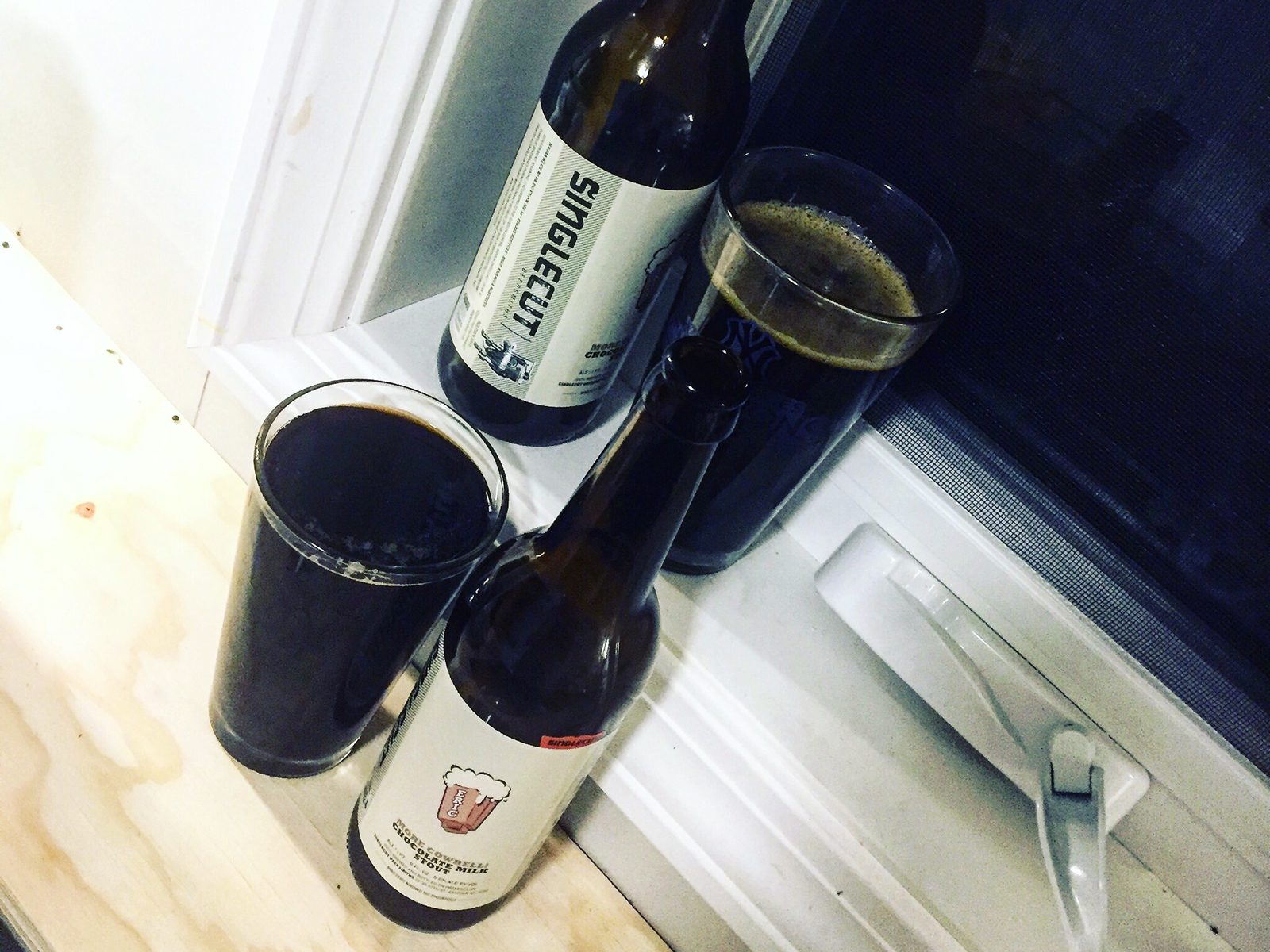 I put my pants on just like the rest of you, one leg at a time. Except, once my pants are on, I put beers on window sills.

SingleCut Beersmiths owner, Rich Buceta is obsessed with two things: beer and music. The brewery itself is named after a body style of guitar, and the queens/NYC-born brewmaster often gets his beer-naming inspiration from his favorite artists or songs. There’s live music in their taproom, and they even have BYOVinyl every Thursday. I haven’t been to their Astoria, Queens location yet, but I hope to soon. Seems like a really cool place to drink really good beer.

As for the Eric! More Cowbell Chocolate Milk Stout, I think it’s fairly obvious that the beer is named after the SNL skit. Or, at the very least, the song and band (“Don’t Fear the Reaper”, by Blue Oyster Cult) that inspired the skit. If you have a fever for a delicious stout, this—and not cowbell—might be the only prescription. It’s lusciously creamy, with a bit of sweetness and a big time cocoa infusion. Like Bruce Dickinson says, by the time you’re done drinking this beer, you’ll be wearing gold-plated diapers. What does that mean? Never question Beers on Window Sills, just explore the space, baby.

Your prescription? More Beers on Window Sills on Instagram!