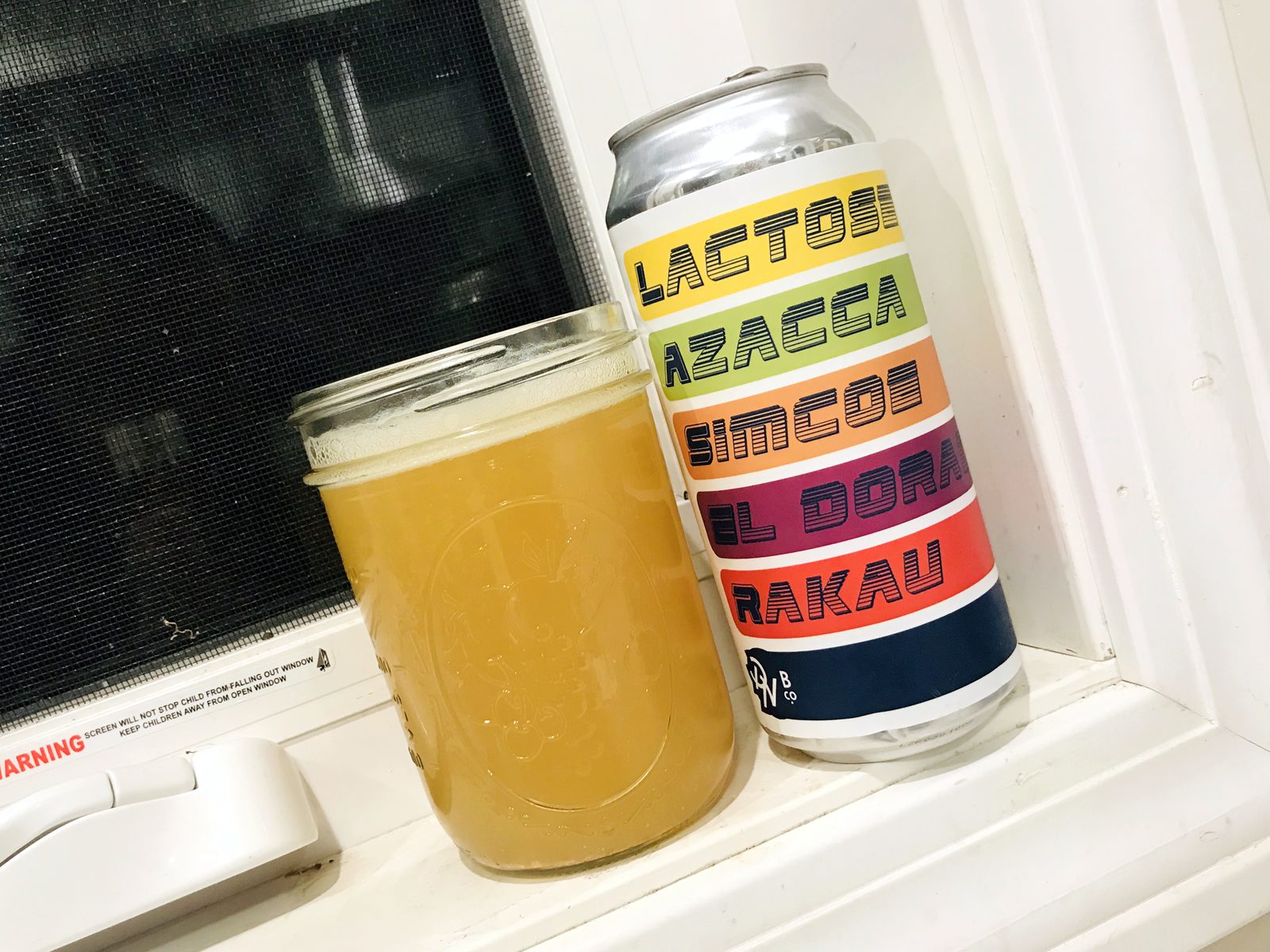 Special Notes: Brewed with milk sugar (aka Lactose). Hopped with Simcoe in the whirlpool and double dry-hopped with tons of Azacca, El Dorado and Rakau.

We are absolutely laser-focused on the Windowsill today!

I’ve been meaning to get Double Nickel Brewing Company back on the sill for a couple of weeks now, so that I could talk about how incredibly generous they are. A month or two ago, I got a couple of beers from them, which I reviewed on the sill. I figured that would be the end of it, but a few weeks later, another package from the New Jersey-based brewery showed up at my door.

When I opened it, I was floored. Not only did they send me today’s Windowsill brew, the L.A.S.E.R. DDH IPA, they also sent me six other beers and a sweet AF pilsner glass, which has been on the sill already. I’m most looking forward to the three Russian Imperial Stouts—one bourbon barrel-aged, one regular and one oak barrel-aged. Can’t wait!

I do need to talk a bit about the L.A.S.E.R. though, because it was awesome. It’s a New England-style IPA brewed with milk sugar (aka Lactose), Simcoe in the whirlpool and double dry-hopped with tons of Azacca, El Dorado and Rakau. It’s super hoppy without being overly bitter, and you can tell by that color just how bright and tasty it is. Lots of citrus, berries and stone fruit in this one. Gotta try it!

Head over to Instagram now for more great craft beer!