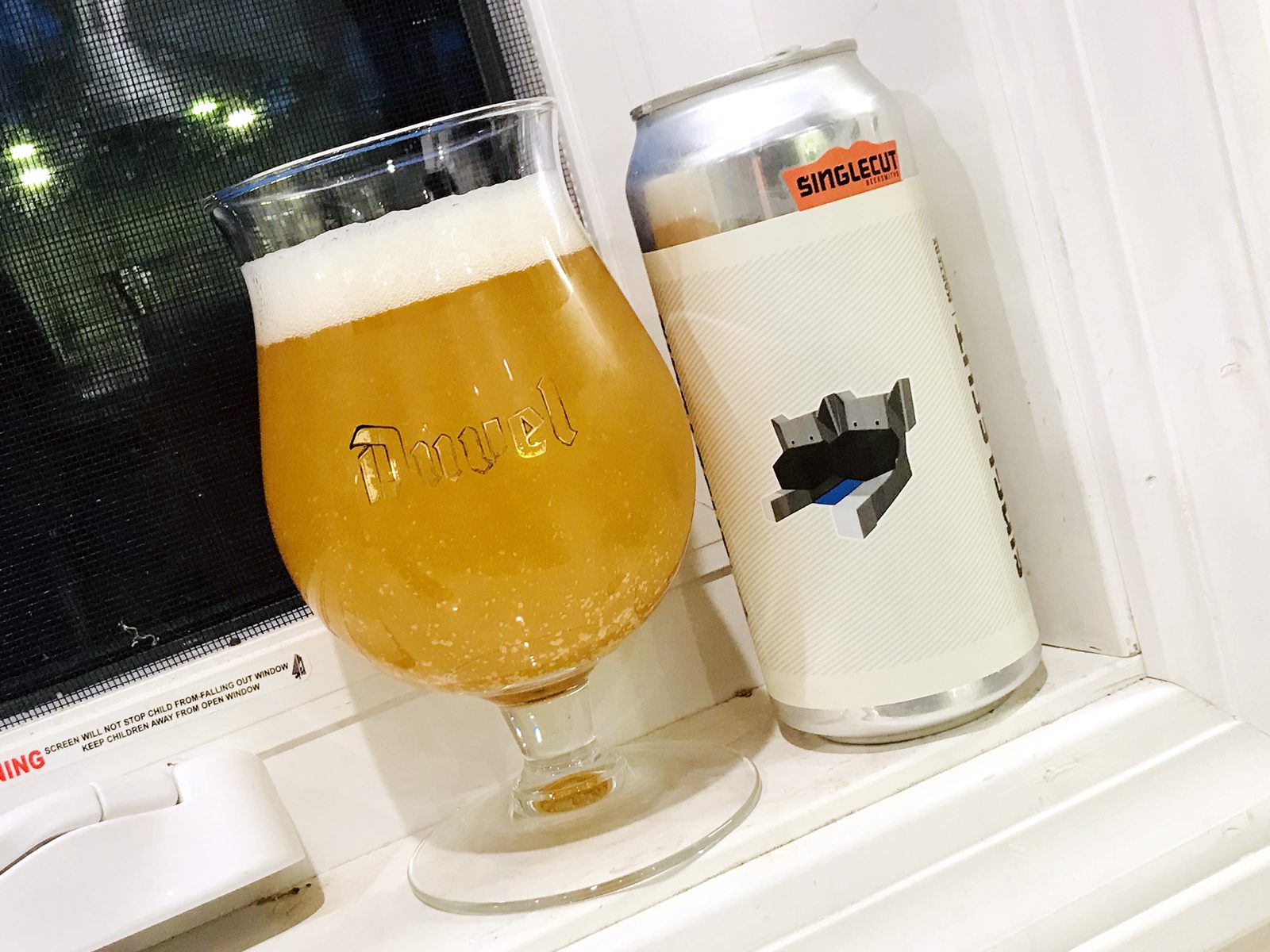 Special Notes: Inspired by the Dire Straits song, The Sultans of Swing.

“And Harry doesn’t mind if he doesn’t make a scene on the Windowsill / He’s got a daytime job—He’s doing alright.” – Dire Straits… sort of.

If you like 80s rock, you know the band Dire Straits. They’re a British rock band, formed in London in the late 70s but—at least in my opinion—their biggest hits came off of the 1985 album, Brothers in Arms. That album—the band’s only album to hit #1 on every global chart—contained the band’s only number one single, “Money for Nothing.” All that being said, today’s beer, the Double Dry-Hopped Harry Doesn’t Mind from SingleCut Beersmiths, is named after the band’s very first single, The “Sultans of Swing”, which came off of their self-titled 1979 album.

As the lyric says (paraphrasing here), Harry doesn’t really have time to hit the nightlife during the week, because he works a day job. That’s ok because he saves it up for Friday Night… when he plays some tunes with the Sultans of Swing. I relate to this. If there’s one thing I don’t like doing, it’s going out during the week. I like to save my drinking, eating and partying for the weekend. For you, . You guys are my Sultans of Swing.

As for the beer itself, what do you think I’m going to say? It’s from SingleCut and it’s DDHed. That’s literally what they do best. My can had a couple of unfortunate floaties in it, but they didn’t impact the stone fruit and bright citrus flavors, and they didn’t impact the hoppy goodness in the brew. This is a winner, and I don’t mind telling you that.

Head to my Instagram for more great SingleCut craft brews!