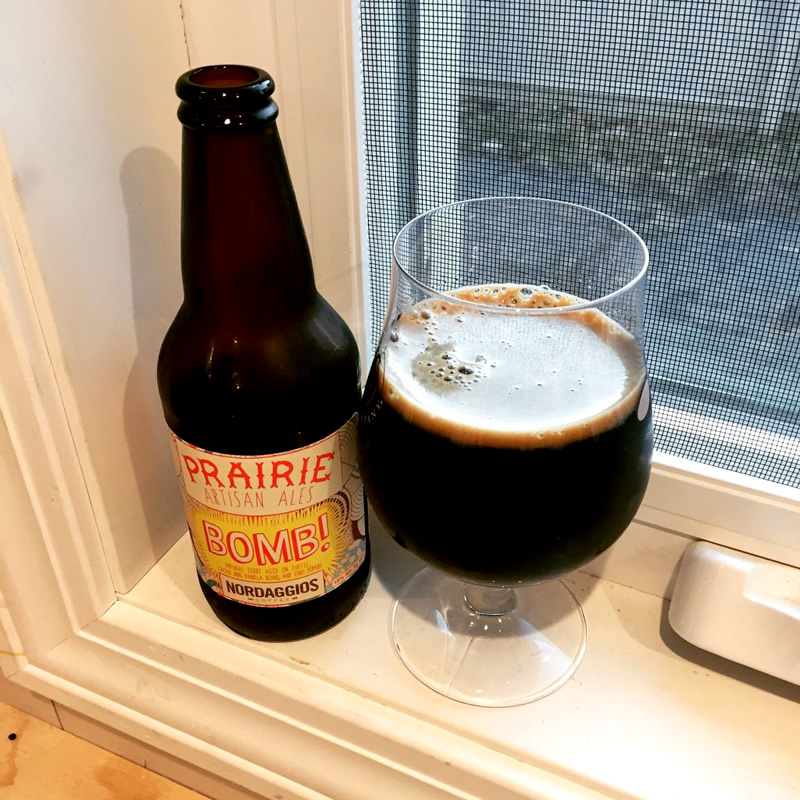 Since I started beersonwindowsills on Instagram, and added the blog and Twitter, I’ve been thinking about how to answer some serious “why” questions.

The first one is simply… Why craft beer? Why, of all my passions, did I choose craft beer as the inspiration for this new creative venture? Why not soccer? Or nitro coffee? Or Happy Socks? Why did I choose this seemingly simple beverage made mostly from barley, hops, yeast and water? Because, as it turns out, beer isn’t simple at all.

Not to steal a line from Oprah, but… I. Love. Beer. I haven’t always loved it in the same way, but I have always loved it. In college, when I didn’t know a hop from a barley, or my head from my ass, I used beer solely to get “white boy wasted” with my buddies. I didn’t care how the beer was made, or what flavor it was. I just asked… will this get me drunk? If the liquid in question promised to get me drunk, and someone threw a ping pong ball into a cup filled with it, I would drink it. No questions asked.

Now that I’m an adult, it doesn’t mean my love of beer was left behind in college. Like everything else about who I aim to be in life, my love for brews didn’t go anywhere. It just matured a bit. Why give up on the things you have liked all your life just because you happen to be older? That’s why they make video games with M ratings, and that’s why the lord gave us craft beer.

The beer in today’s post might just be the catalyst for all of my continuing growth as a beer connoisseur. I might not yet be able to tell you the difference between a cask ale and a cream ale, or exactly what a gose is, but I can tell you the one beer I’ll never pass up, and it’s BOMB! by Prairie Artisan Ales.  My old criteria of “will it get me drunk” goes out the window when it comes to this masterpiece (although, at 13% alcohol, it most assuredly will), and I don’t even want a ping pong ball anywhere near it. I just want it in my glass.

The first time I had this beer was at a little artisan pizza place in Port Chester, New York named Coals. Not only was their pizza (which is grilled and not baked) amazing, but the bartender may have just changed by beer life when I asked him for a recommendation off of their craft beer menu.

He brought out the BOMB! in a small tulip glass and assured me that I would not be disappointed. Boy, was that bearded hipster right. I’d never had anything like it.

If you’re looking for an intense stout, look no further. At its core, BOMB! is an imperial stout… an imperial stout on a shit ton of steroids. Now, I’d had stouts before, even those brewed with coffee or chocolate or vanilla, but when I tasted the combination of those three elements, and the ancho chili peppers that Prairie Artisan Ales decided to use in this beer, I was floored. It soothed me and kicked my ass all at the same time.

All of a sudden, it was like my taste buds rebelled. “You will no longer drink the swill beers of your forefathers!” they bellowed. “You will drink only BOMB! and if you can’t find BOMB!, then you will spend all of eternity trying to find BOMB! If you’re lucky enough to actually get your hands on a BOMB! and finish it, you will be consumed by the want—nay, the need—for more BOMB! All praise the mighty BOMB!”

Who was I to argue? The problem is that you can’t just find BOMB! anywhere. I can tell you the three times I’ve purchased it. The first was at Coals. The second time, I was able to find it at Beer Table—a craft beer store inside Grand Central Terminal (they haven’t had it since). I plopped down my $19 (I didn’t know it was going to be that much until I had it in my hands), and enjoyed it on my train ride home.

The third time might end up being my undoing. I took a trip to the Port Chester Beer Distributors under the guise of just finding some new suds to sip on for the weekend. In reality, I was looking for BOMB! If Coals in Port Chester had it, maybe the PCBD would, too? Why had it taken me a year to think of this? I think, deep down, I knew the disappointment would have been too much if they didn’t sell it there.

To my euphoric delight, PCBD had about 10 of them on the shelf. My first instinct was to grab all 10 and rush to the cashier, but at $9 per bottle, did I really want to go home and tell my wife that I’d spent almost $100 on beer for only myself? On top of that, I didn’t want to risk overexposing myself to my favorite beer either. If I can have it every day, is it special anymore?

In the end, I picked up four bottles of the seductive stout, threw in a couple of Purple Hazes, and a six-pack of Aunt Sally (one of my wife’s favorites), wiped my brow and headed to pay.

Some day, PCBD, I’ll be back for the rest. The BOMB! better be there, because I don’t want to drive to Oklahoma.

Don’t forget to check us out on Instagram, and visit Prairie Artisan Ales, too!