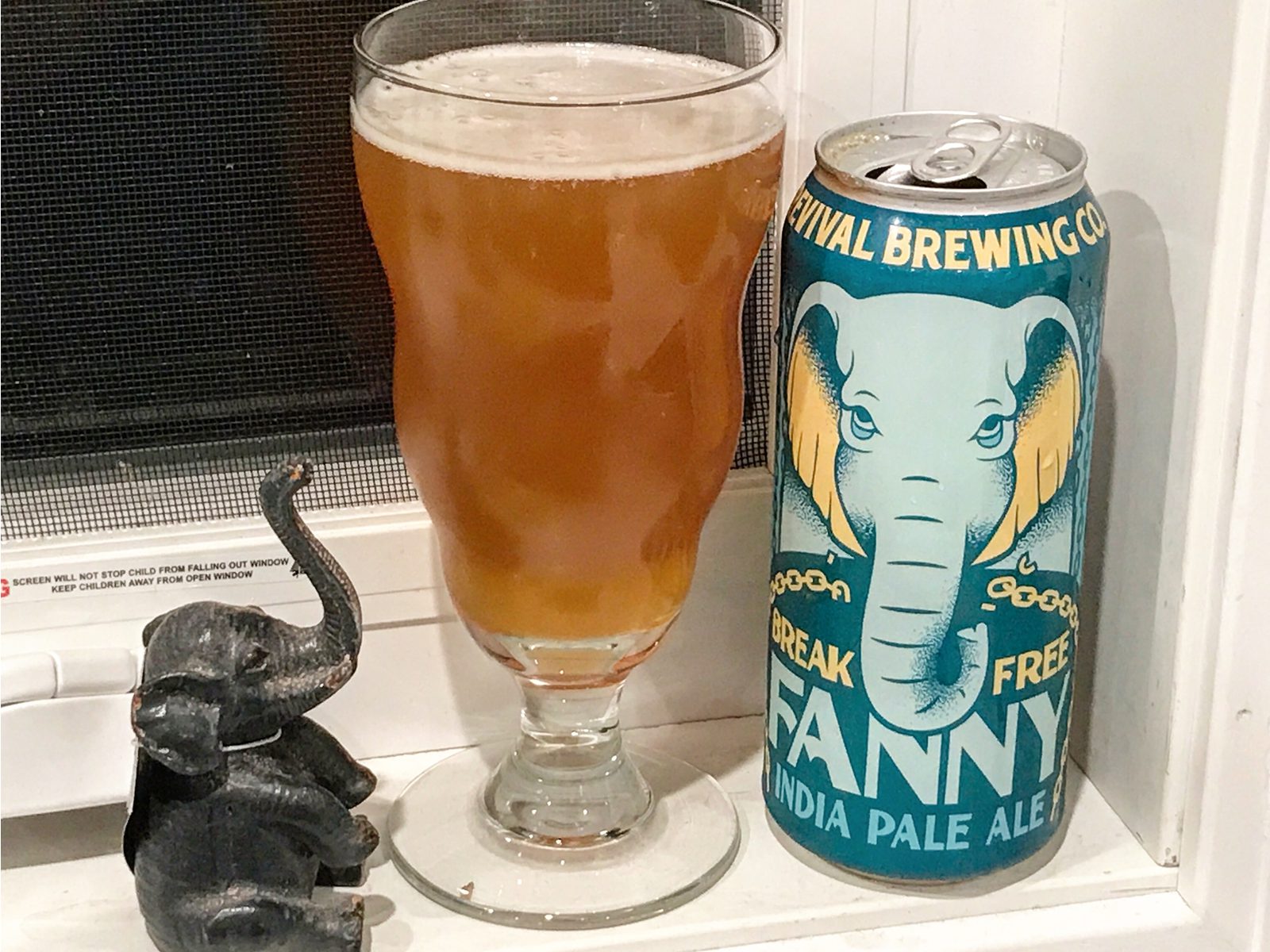 An elephant never forgets, and neither does the Window Sill!

If you’re from Pawtucket, RI, you may have heard of Fanny the Elephant. Fanny was a beloved Asian elephant that spent 35 years basically chained to a post in a small enclosure at Pawtucket’s Slate Park Zoo–once named among the worst zoos in America by 60 minutes. When the zoo was shut down in 1993 (thankfully), a big legal battle broke out between the people of Pawtucket, who wanted to keep Fanny, and animal rights activists that wanted her to live out the rest of her days on a preserve in Texas. Texas won, but the people of Pawtucket never forgot their Fanny.

Rhode Island’s own Revival Brewing Company Decided to pay tribute to this RI Icon by naming their session IPA after her. It’s brewed with 7 varieties of hops (Simcoe, El Dorado, Mosaic, Equinox, Centennial, Kohatu and Rakau), so it’s definitely a hop bomb, but still super drinkable because of its low ABV. Solid brew!

More great beers, with interesting stories, are on our Instagram!