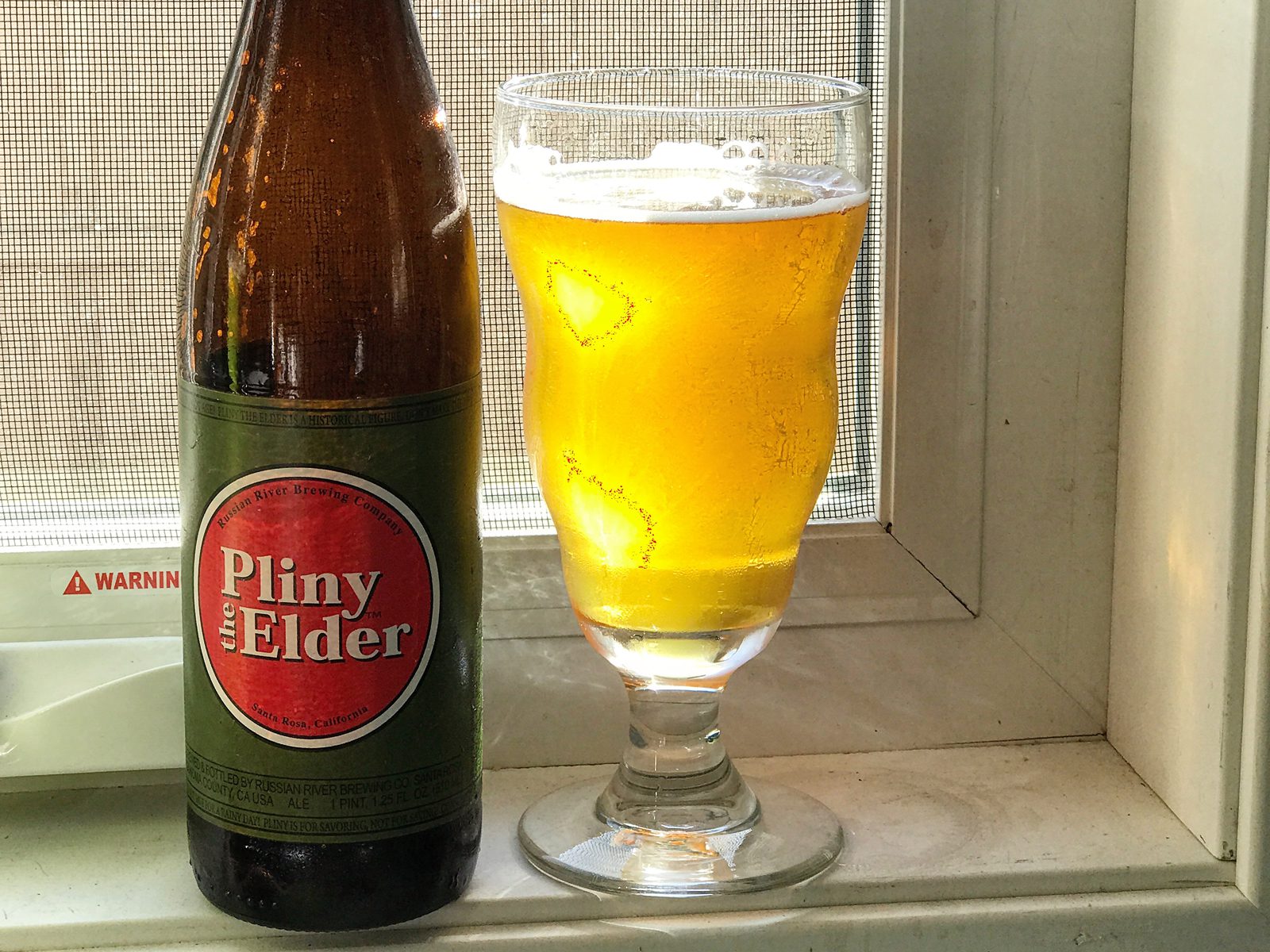 Santa Rosa’s Russian River Brewing Company has really done something special with their world-renown double IPA, Pliny the Elder, and I consider myself lucky to finally have gotten my hands on one. The story behind the name of the Pliny is almost as good as the beer itself. In 2000, a friend of the brewery decided to have a Double IPA festival. He invited 10 local breweries and tasked six of them with brewing up a special DIPA specifically for the festival (these breweries didn’t previously have their own DIPAs). Russian River put their recipe together and, after much research and thought, named it after Gaius Plinius Secundus, a Roman author, naturalist, philosopher and naval and army commander better known as Pliny the Elder. Pliny lived in the first century (AD 23 – AD 79) and, according to sources, spent a great deal of time writing about what was then known as Lupus Salictarius… aka hops.

What better way to honor this great hops lover than with an amazing beer? Pliny the Elder is brewed with Amarillo, Centennial, CTZ and Simcoe hops, which gives it a nice hoppy aroma with floral, citrusy and piney notes. It’s just a solid DIPA, and a must have for any craft beer lover. It is truly glorious. Heed the warnings all over the bottle and drink this one fresh.