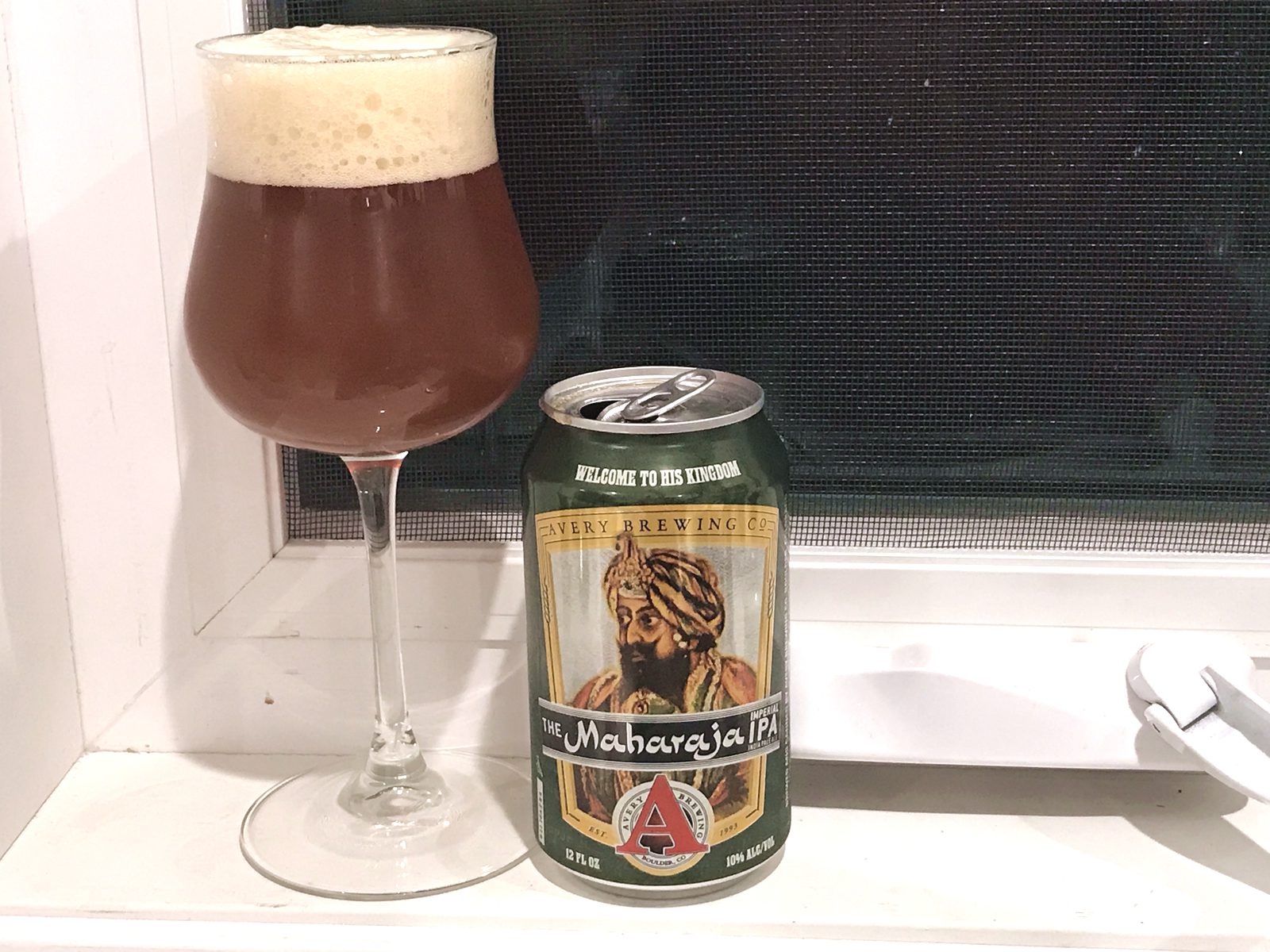 Congrats to WWE Champion Jinder Mahal, aka the “Modern-Day Maharaja.” We honor him on the window sill after his MITB victory!

According to Avery Brewing Company‘s official description, the word Maharaja is derived from two Sanskrit words meaning “great” and “king.” After tasting this Imperial IPA, I think Avery chose this name very wisely.

This beer gets its flavor from the generous usage of Columbus, Centennial, Chinook and Simcoe hops, as well as some dry hopping with Amarillo and more Chinook and Simcoe. Like any great king, it’s definitely a beer with a ton of authority and oomph, and the high ABV levels will rule over you if you’re not careful. I really enjoyed this brew. If you want to brew your own, head on over to averybrewing.com and you’ll find the recipe. Just make sure you’re ready for the reign.

Our reign continues on Instagram, so head over there now!