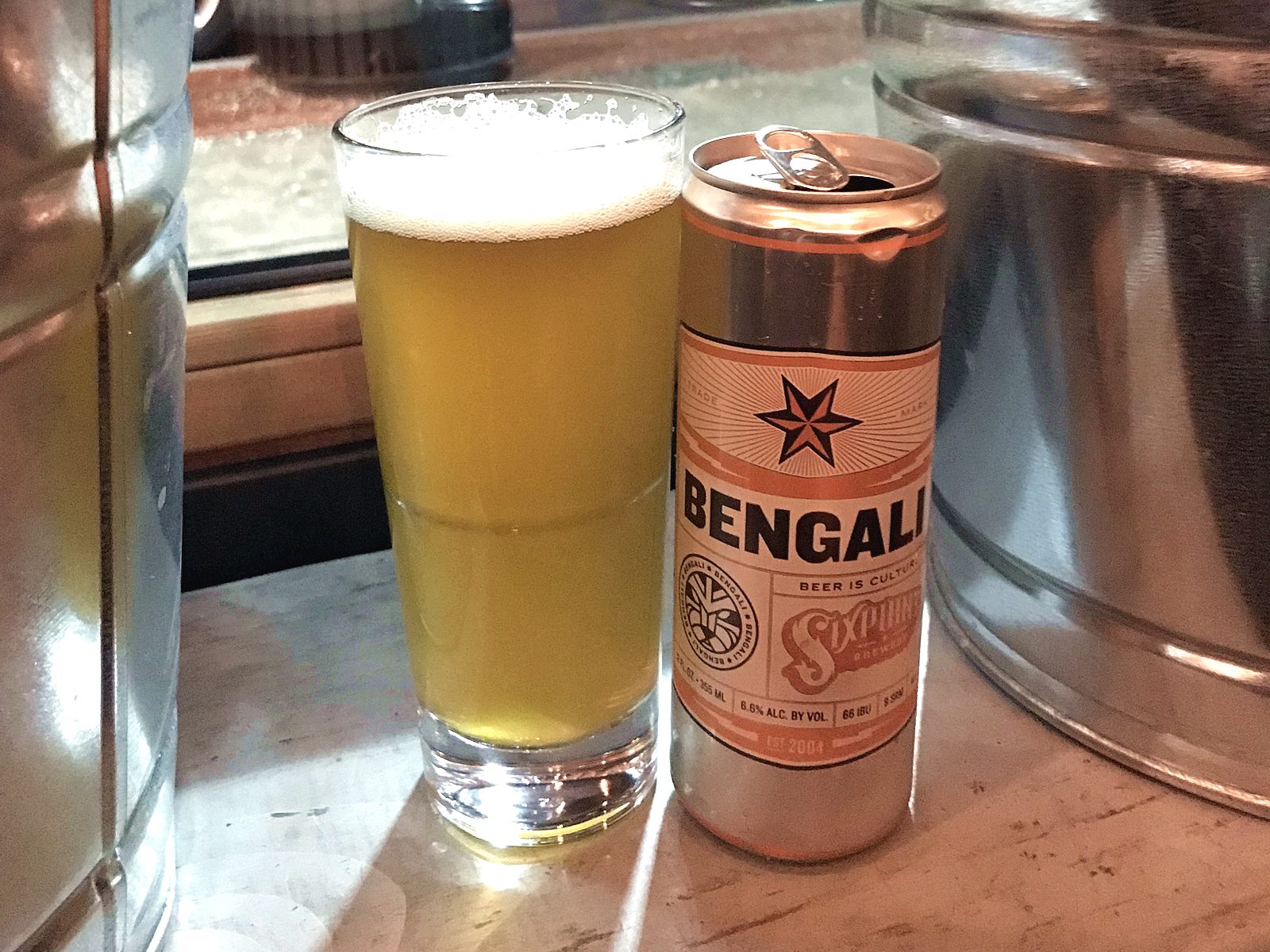 Is that a rare endangered tiger on the Window Sill? Nope, just another beer!

Sixpoint Brewery is one I hold in fairly high regard. You can spot their brews pretty easily, just look for that Red Bull-like slim can. The Brooklyn-based beer maker first used this can type when they released Resin in 2012, and I’m pretty sure they use these exclusively today. Why? As Creative Director Aaron Ekroth told the Boston Globe in 2015, “We just dig the slim cans. You can stack more in your fridge and in ice buckets, and they’re unique.” Fair enough!

The Benagli, originally named the Bengali Tiger because of its orange color and the foam rings it left on the glass, is an improved-upon version of the original homebrew that sparked the whole Sixpoint brand in 2004. The recipe has changed over the years—the hops used today didn’t even exist 14 years ago—but that slashing spirit still exists within. There’s big tropical hop character up front and a nice, clean, dry finish at the end. It’s crisp and tasty, and I made me purr like a kitten.

Check out more cool Brooklyn brew on our Instagram, now!