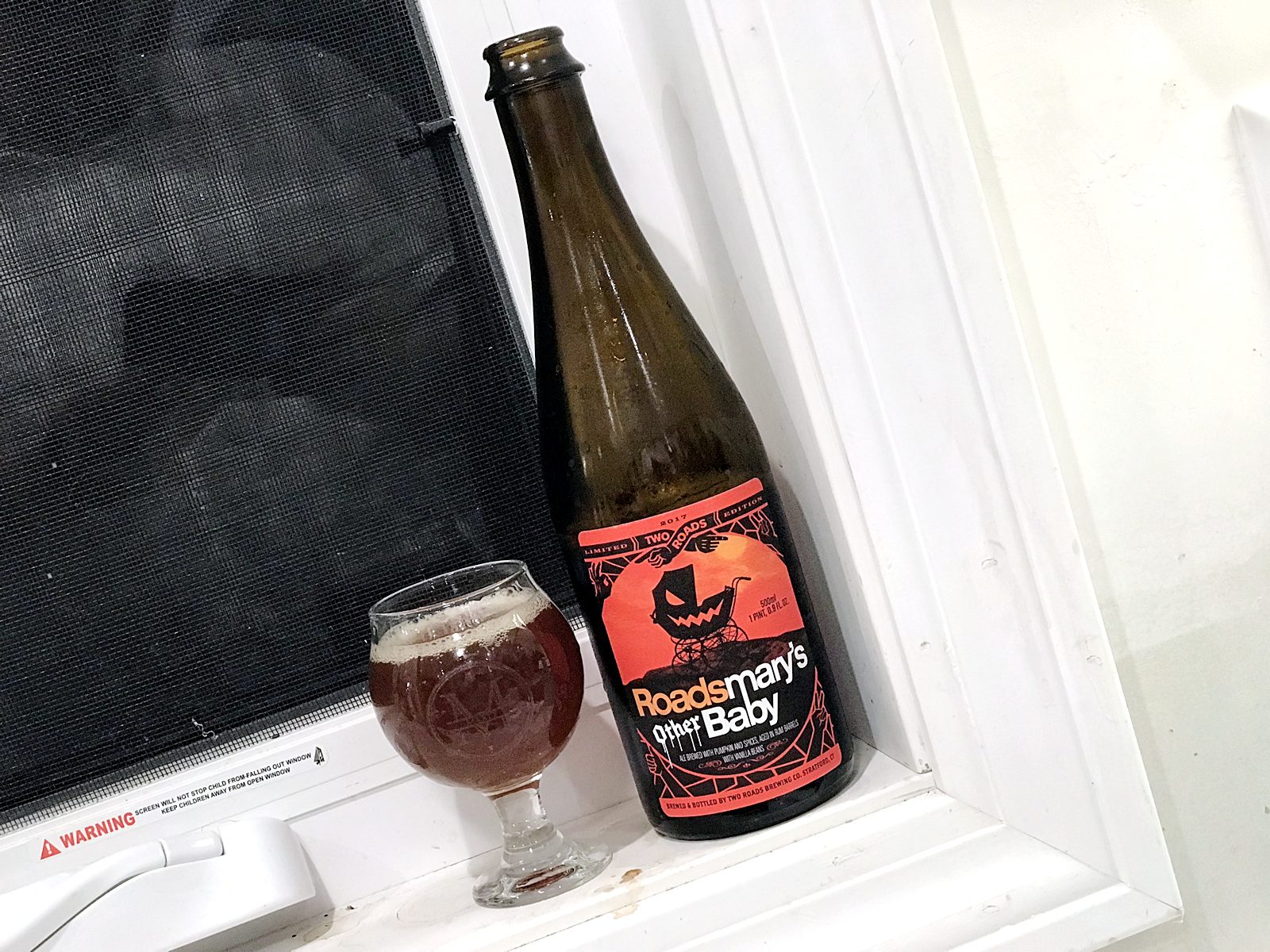 Is it too late for pumpkin beer? Not on my Windowsill!

In October of 2017, I posted one of my favorite local beers, The Roadsmary’s Baby from Two Roads Brewing Company. It’s a pumpkin ale aged in Caribbean rum barrels, and I dug it because it showed off Two Roads’ barrel aging program’s vast potential. It’s appropriate that I waited a year before trying, and posting, today’s brew—the Roadsmary’s Other Baby—because the only difference between this, and the original, is time.

Barrel aging deepens the flavor of any beer ale and makes it just a little more complex. What Two Roads did with this alternate universe version of the original Baby is age it even longer in those Caribbean rum casks. That extra aging made the flavors even deeper, and ingrained the beer with even more oak and rum character. The notes of pumpkin and vanilla also became more enriched, making Roadsmary’s Other Baby a really delicious and robust pumpkin beer… Even though I had this too late to post it for Halloween.

Head over to Instagram to check it out now!