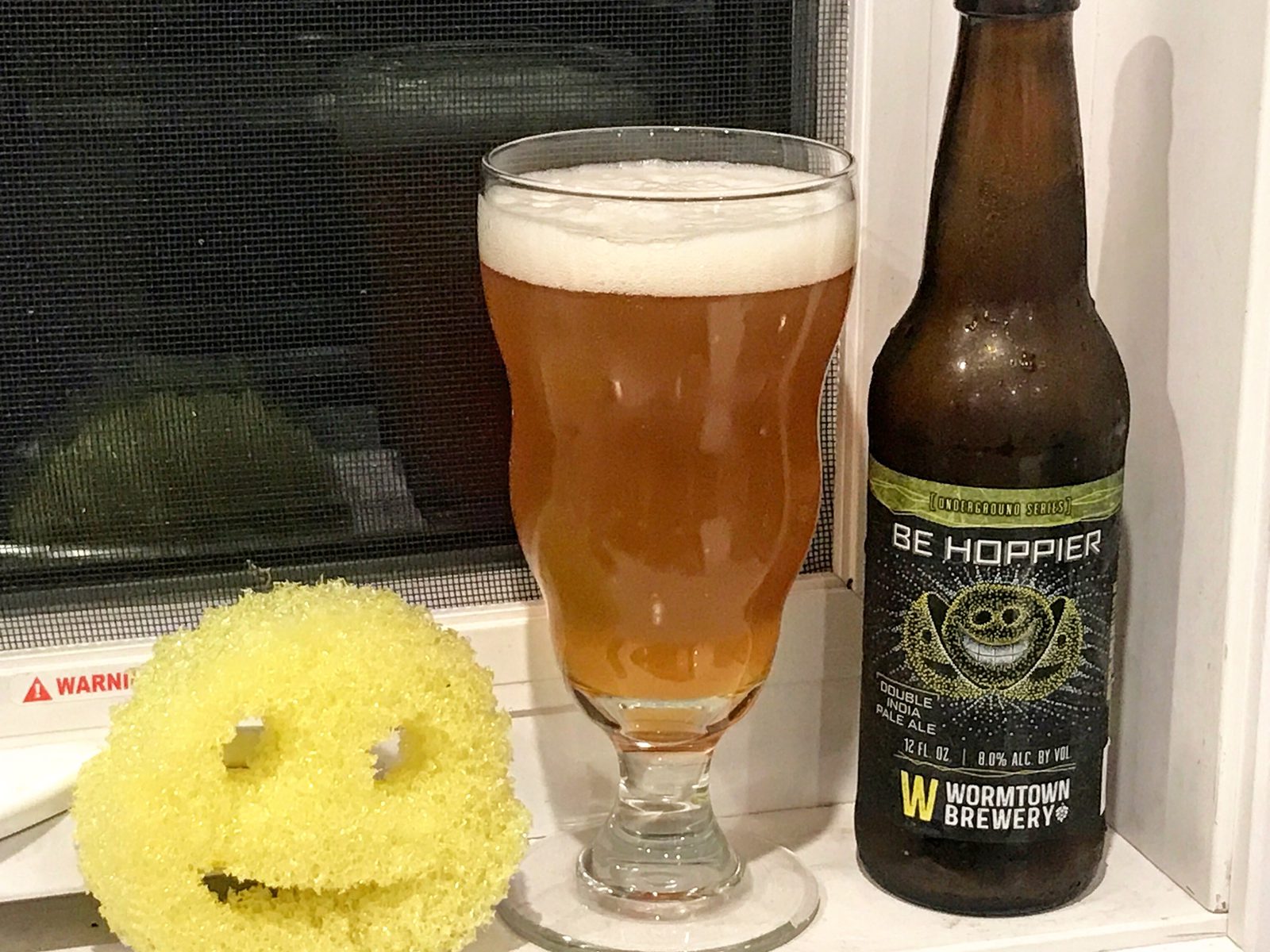 Why be hoppy on the window sill, when you can be hoppier?

Wormtown Brewery is named after one of the nicknames of its home city, Worcester, MA. According to Scribbles from the Hired Pen (a blog), a local DJ allegedly coined the term in the 1980s, when describing Worcester’s uninspiring music scene. The term caught on, and became an inspiration that fueled the region’s underground music subculture. Wormtown!

If you thought the Be Hoppy IPA was good, wait until you get a load of the award-winning bigger version, the Be Hoppier. Wormtown took their aromatic and citrusy original and doubled it up. The result is a delicious, juicy imperial IPA that’s a true hop bomb. I think I prefer the flavor profile of the original, but this is a tasty double, for sure.

Don’t worry, be hoppy! And check out our Instagram, now!