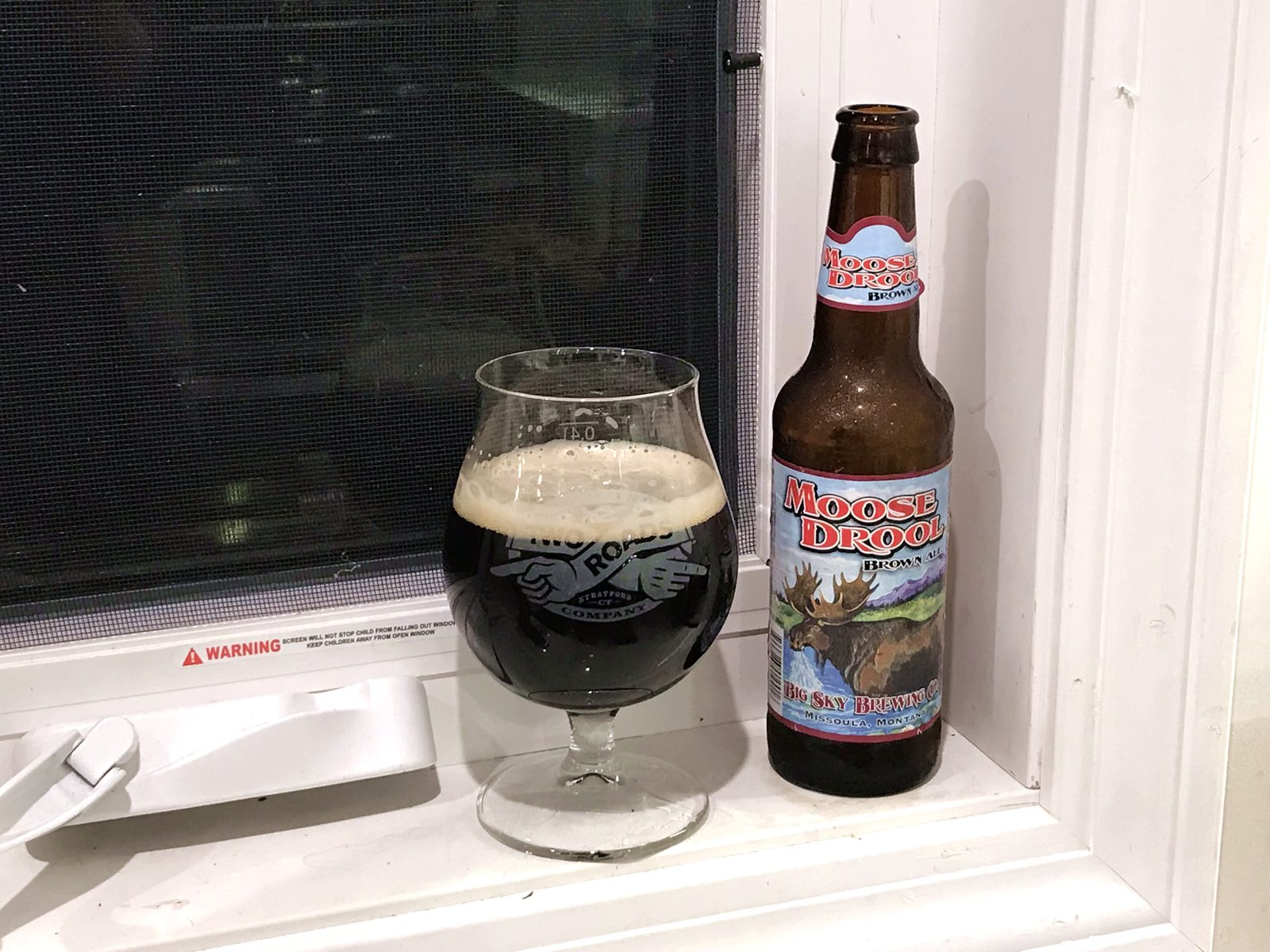 You got a little something on your chin, there…

Big Sky Brewing Co. was founded in Montana in 1995 by three friends: Neal Leathers, Bjorn Nabozney and Brad Robinson. I think the most fun fact I found about Big Sky was that their beers were named thanks to artwork designed by Bjorn’s mom. The trio knew they wanted to name beers after local Montana wildlife, so they asked her to paint a moose, a bear, a marmot and many others. Once the paintings were done, they would look at them and think of cool beer names. It just so happened that the moose drawn by Bjorn’s mom looked like it was drooling, which is how today’s beer, Moose Drool was named.
.
On Big Sky’s website, they claim that the Moose Drool, which is one of the first beers the brewery ever made, is “the best American brown ale in the world.” I honestly haven’t had many brown ales on the Window Sill, so I’m not an expert, but those are certainly bold words, aren’t they? For me, this beer was solid. It has some nice bitterness to it, and some decent notes of coffee and cocoa, but is the Moose Drool the best in the world? I thought the Sumatra Mountain Brown from Founders Brewing Company was better.

Want to see some more brown ales? Head over to Instagram, now!