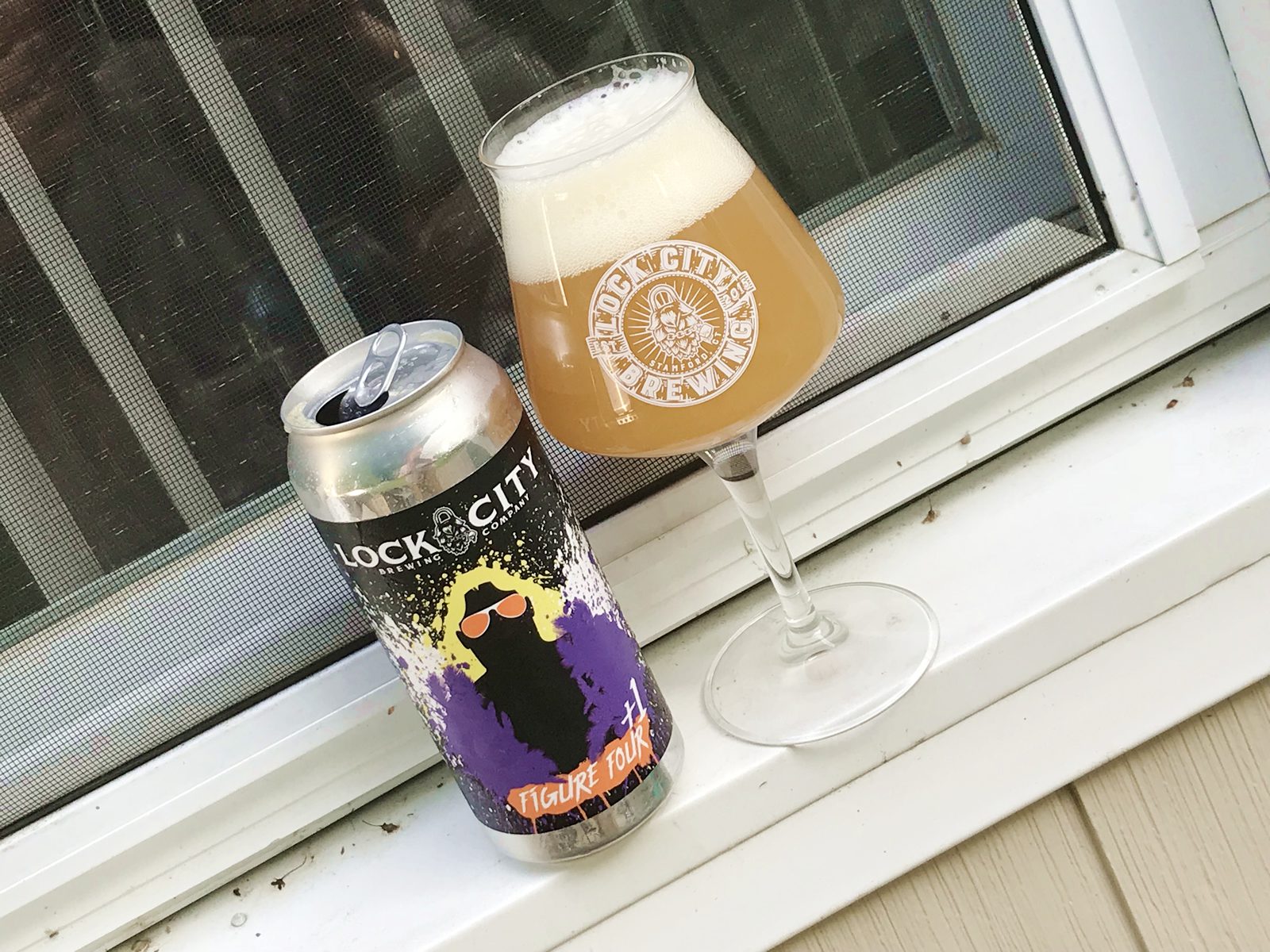 Are you ready to ride Space Mountain on the Windowsill today?

Let’s talk about wrasslin’, shall we? I’m not ashamed to say that I have been a fan of professional wrestling since I was a kid. Ric Flair is not my favorite person, but I can’t deny his impact on the industry. Over the last five decades, he’s become one of the most recognizable wrestlers in the history of the business. He’s a 16-time world champ—I know wrestling predetermined, but they put the championship on the very best performers, who put the most asses in the seats—a two-time WWE Hall-of-Famer and he’s wrestled all over the world in just about every legitimate company. As he says more loudly than anyone else, he’s the man. Perfect to be immortalized on a beer can label, if you ask me.

When I found out the Figure Four+1 was being released in cans, I had to get my hands on some. Thanks to my good buddy @drinkcraftscookwithcast for stopping by Lock City Brewing Company while I was stuck working my day job in the city. This beer is named after the Figure Four, Ric Flair’s infamous finishing move (was it ever not reversed by the good guy, though?). My brother put me in that hold once. It hurts. This beer, however, does not. The original Figure Four was an American IPA brewed with Chinook, Amarillo, Mosaic, Citra. For the +1 version, Lock City added a second dry hop of all Galaxy hops. Five hops! It’s a lovely juicy color, with great tropical aromas and flavor. Solid hoppiness on the finish, too. This beer is definitely a stylin’, profilin’, limousine ridin’, jeft flyin’, kiss-stealin’, wheelin’ dealin’ son of a gun, as Flair would say. Made me say “Wooooooooooooo!” when I took the first sip. 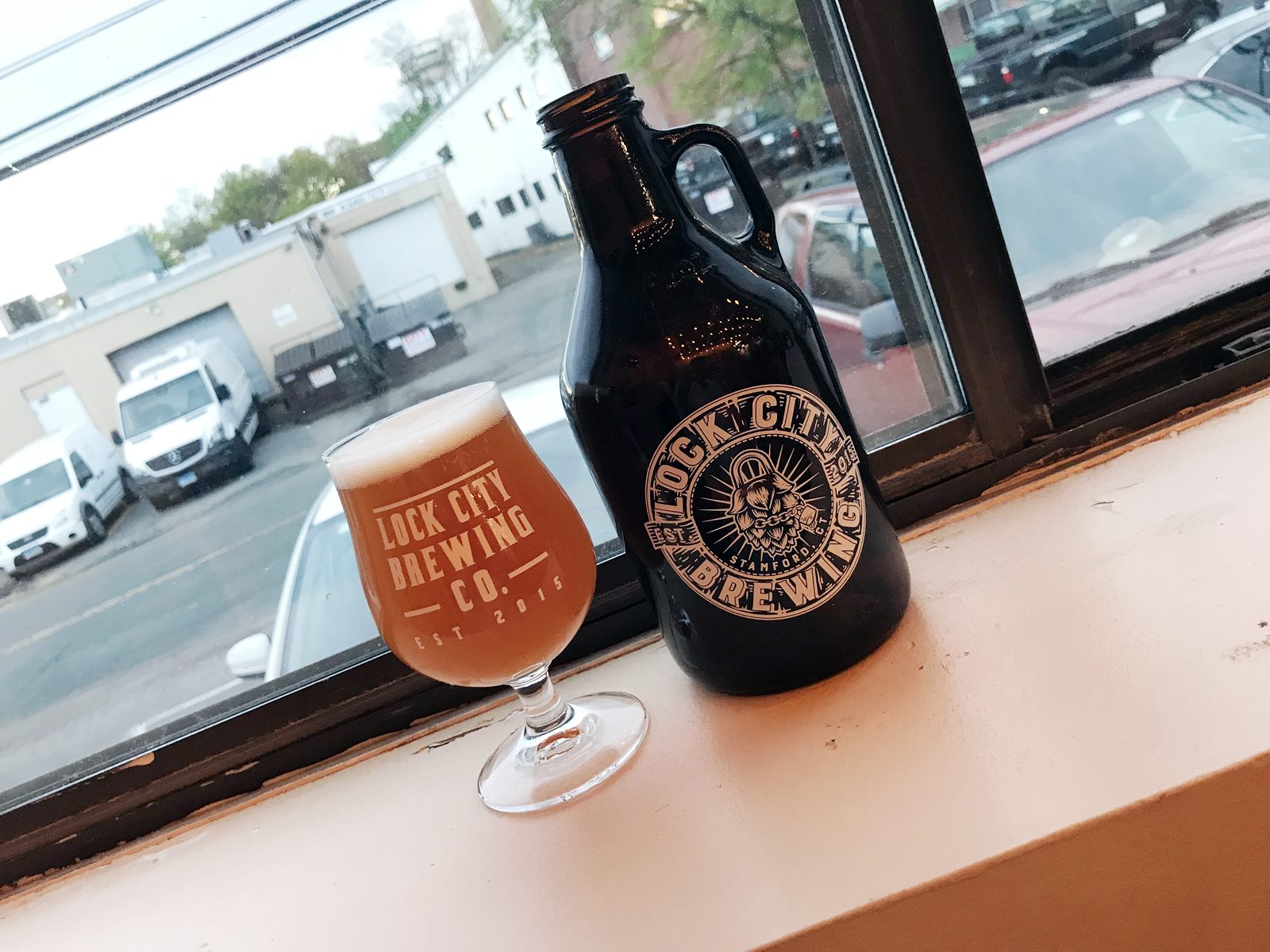 You know we love to do our research on the Windowsill!

Let’s talk about Lock City Brewing Company’s Research series! Like any good brewery, the Stamford, CT beer maker is always tinkering with its recipes and creating new brews. These “Research” pilot batches are named after the street on which Lock City makes its home. I spoke with someone at the brewery over IG—you know Beers on Windowsills isn’t afraid to slip into the DMs to get that info—and they told me that they do these batches every once in a while, but have been ramping them up of late in order to add new brews to their portfolio. In order to make these, nothing is safe from being tinkered with. Sometimes add the hops at different times, or reuse the hops during the dry hopping process. Other times, they do a little yeast blending to get some stronger fermentation. Whatever they’re doing, I love the experimentation!

The Research Drive #4 is, as you may have figured out, the fourth version of this research concept. It’s an IPA brewed with Citra, Simcoe and Eukanot hops. I’ve grown quite familiar with the first two varieties on my craft beer journey, but the Eukanot is fairly new for me. The aroma profile for this hop is citrus, tropical, fruity and herbal. I thought it was a fine addition to a pretty solid IPA. Here’s hoping this one becomes a regular brew!

Unlock more great beer for yourself right now, by following me on Instagram 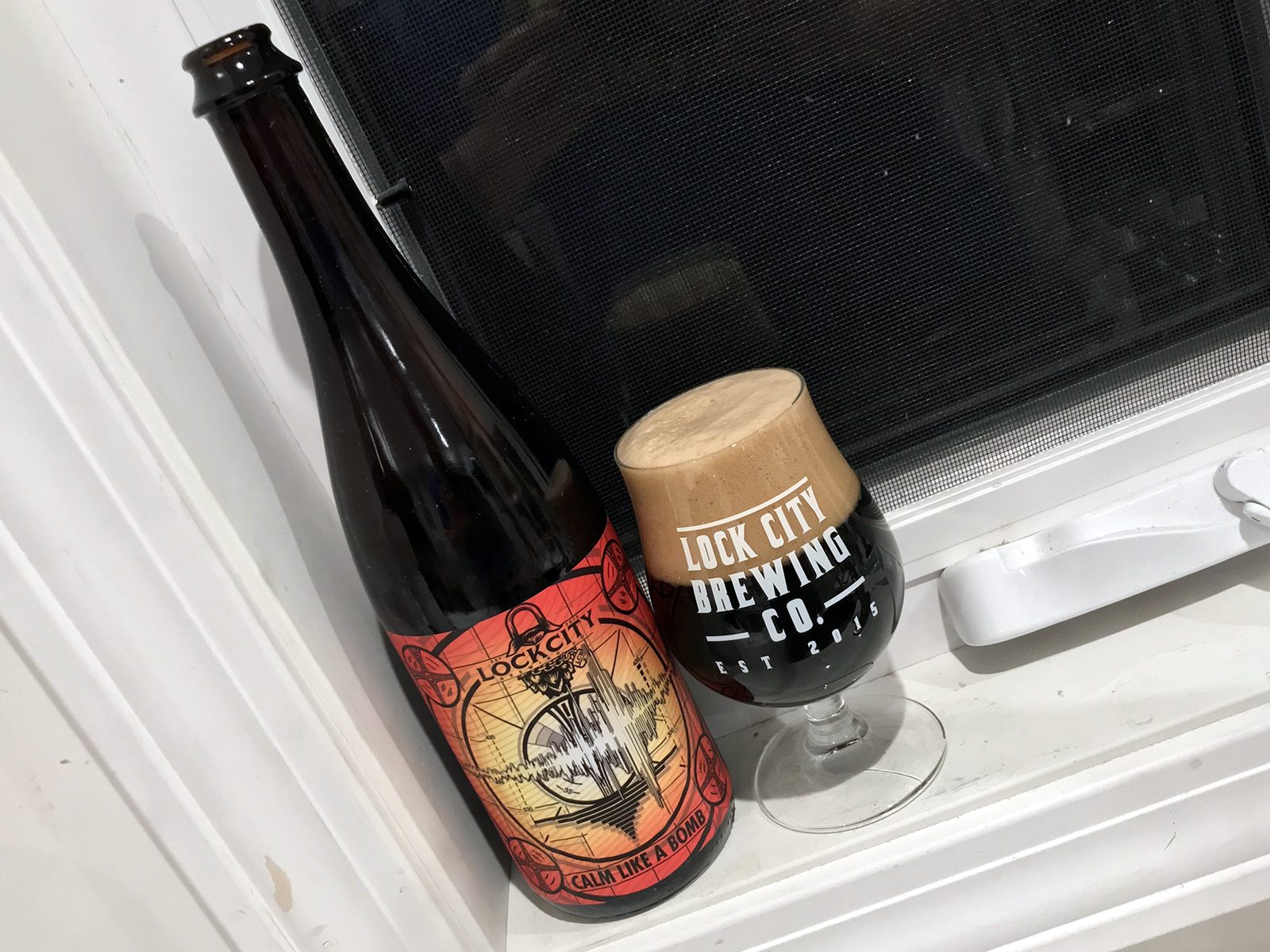 Availability: Limited (Once so far)

I’m feeling a little rage on the Windowsill today… maybe I should calm down? END_OF_DOCUMENT_TOKEN_TO_BE_REPLACED 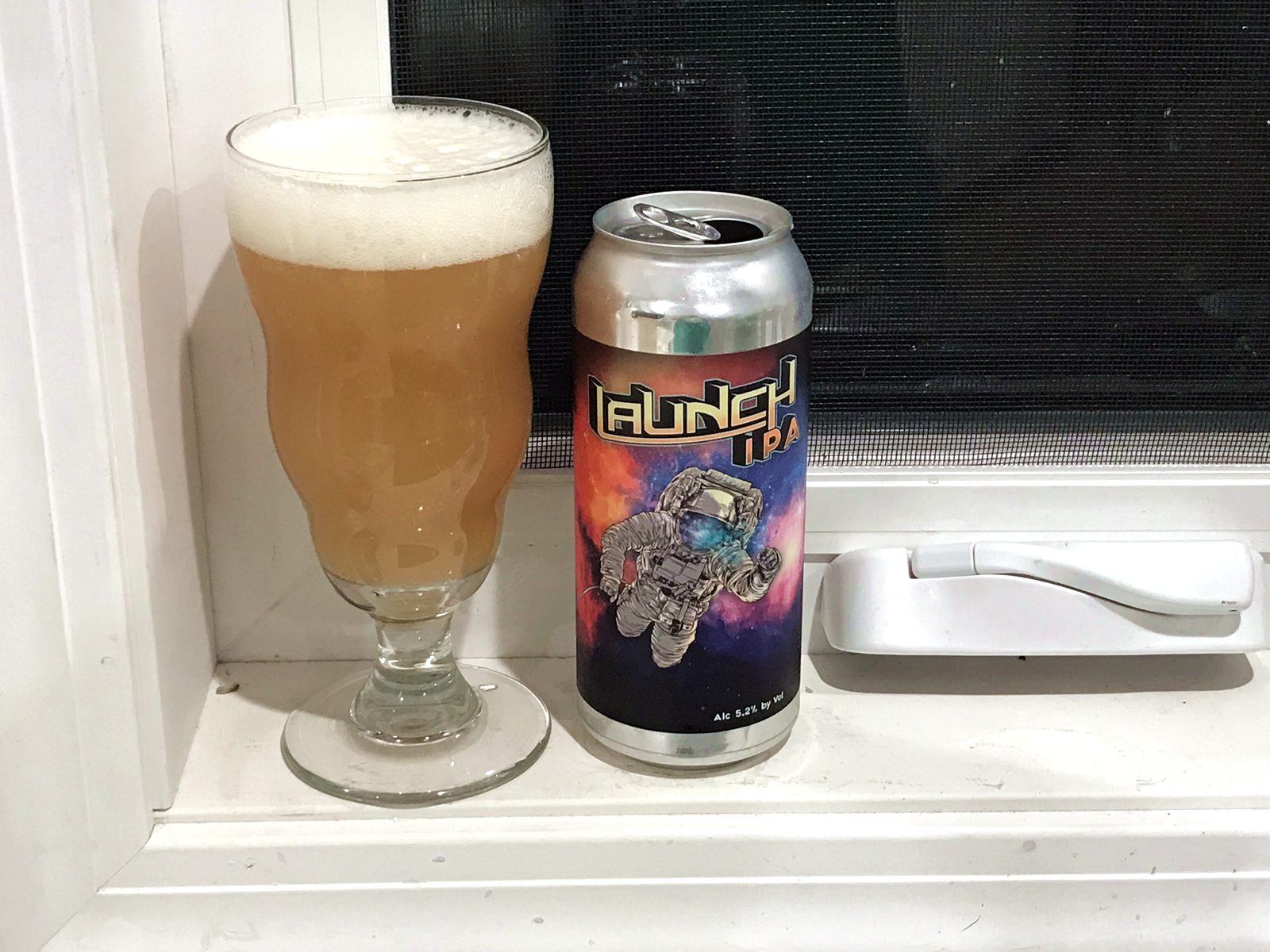 3…2…1…Drink! Going back to the archives for more local fare today! END_OF_DOCUMENT_TOKEN_TO_BE_REPLACED 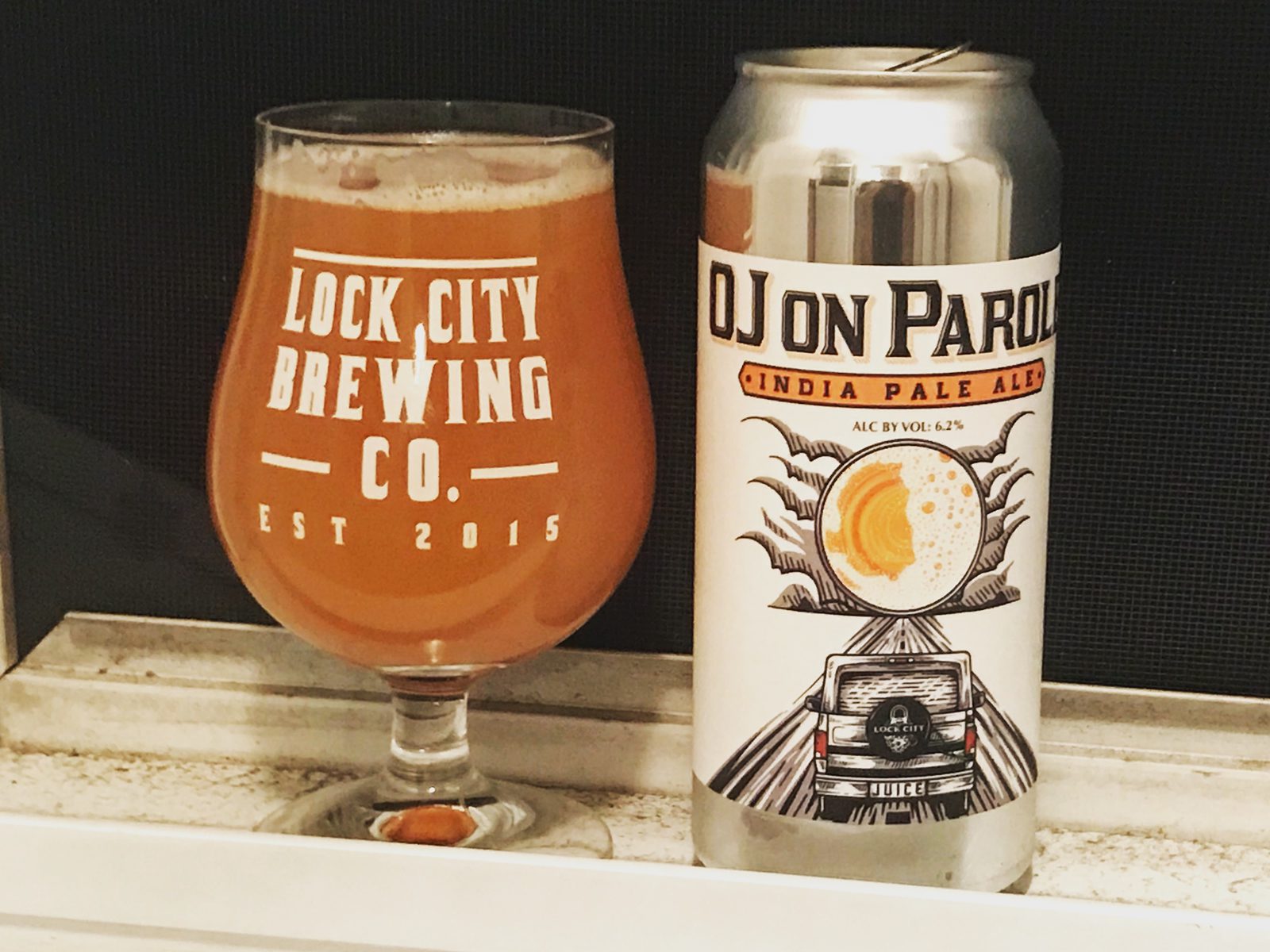 Digging into the archives for a tasty local brew today! END_OF_DOCUMENT_TOKEN_TO_BE_REPLACED 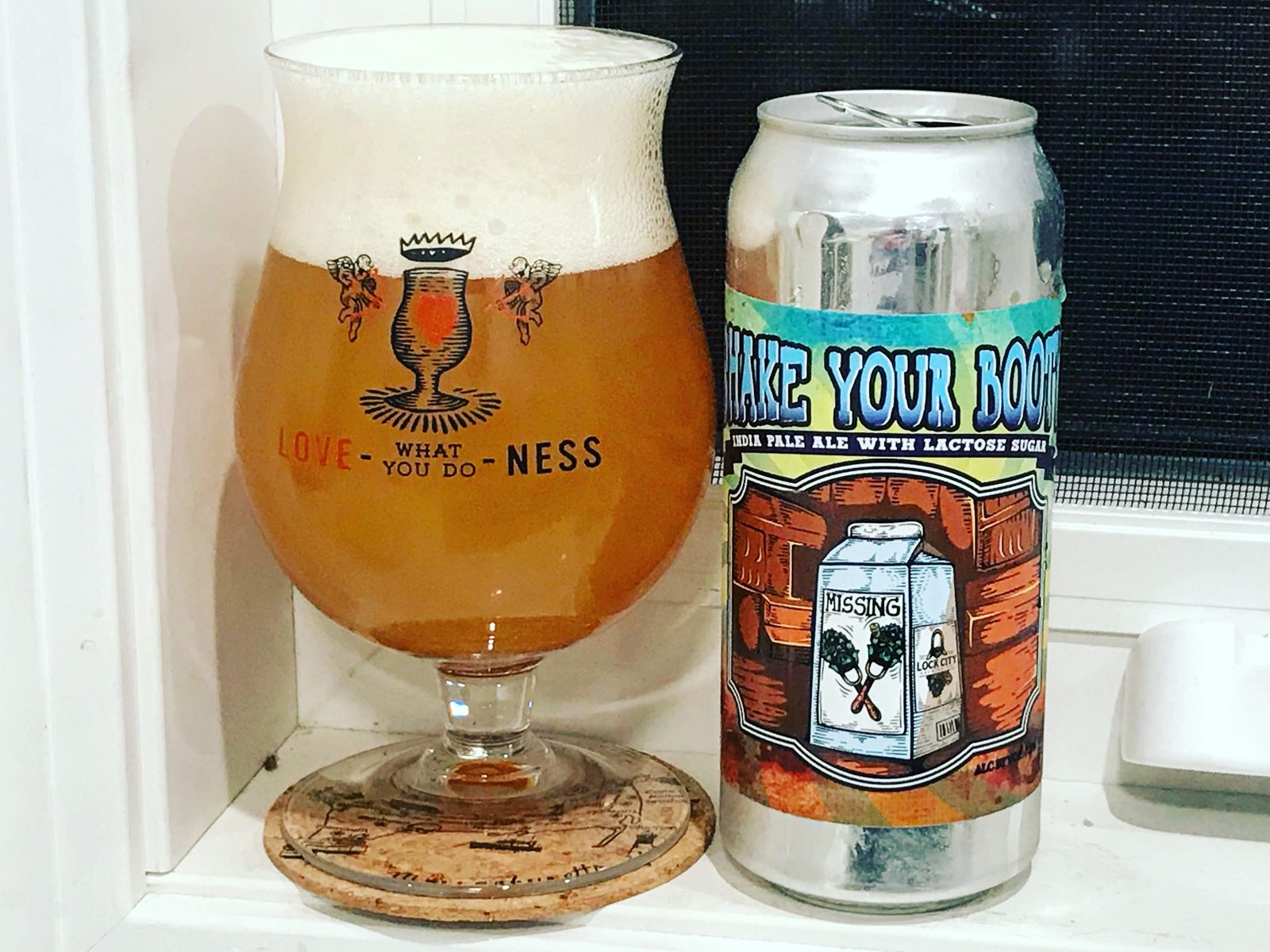 It’s time to shake it on the Window Sill today! END_OF_DOCUMENT_TOKEN_TO_BE_REPLACED 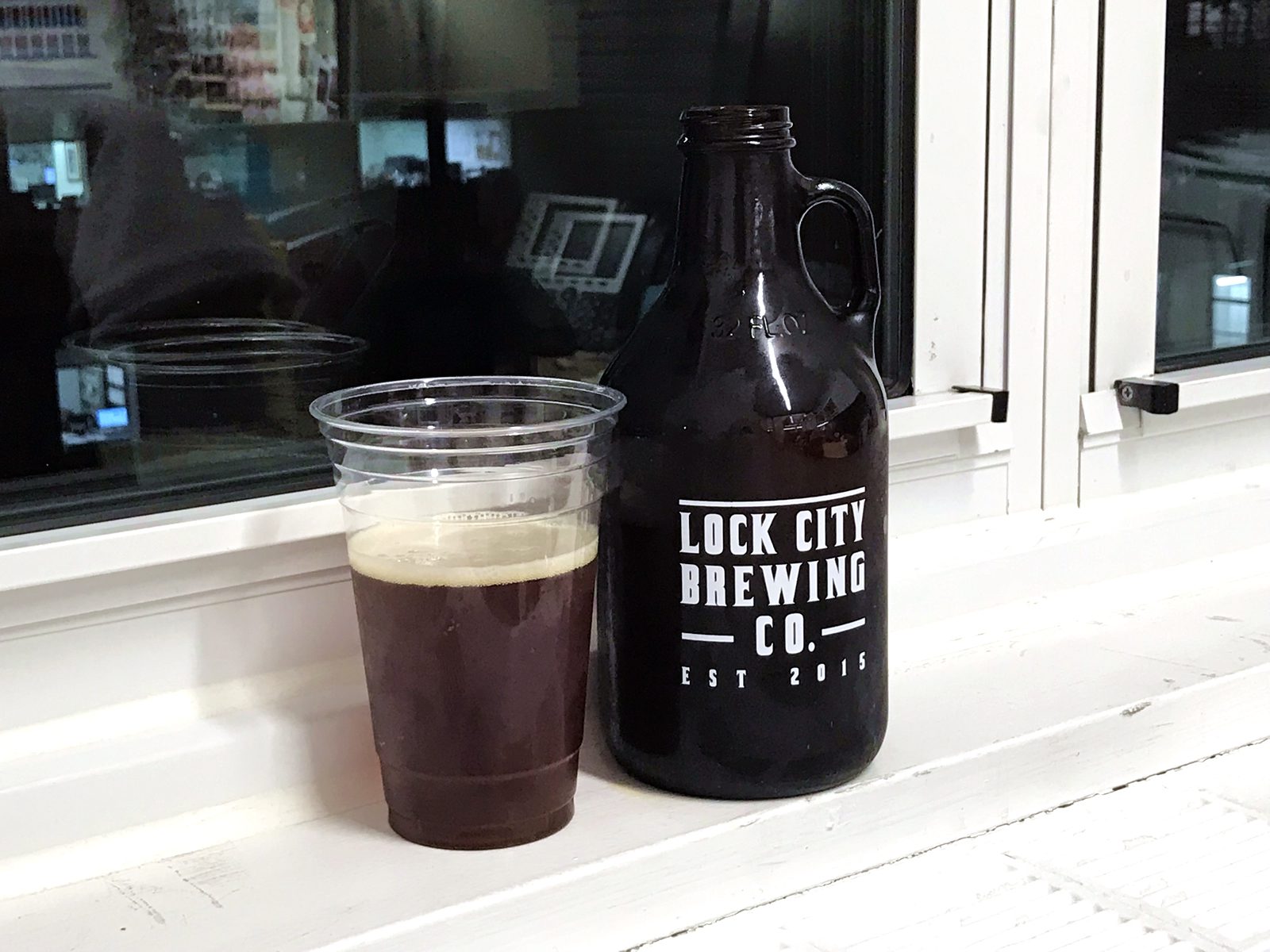 I might not have pumpkin pie on the sill, but today’s beer is close! END_OF_DOCUMENT_TOKEN_TO_BE_REPLACED 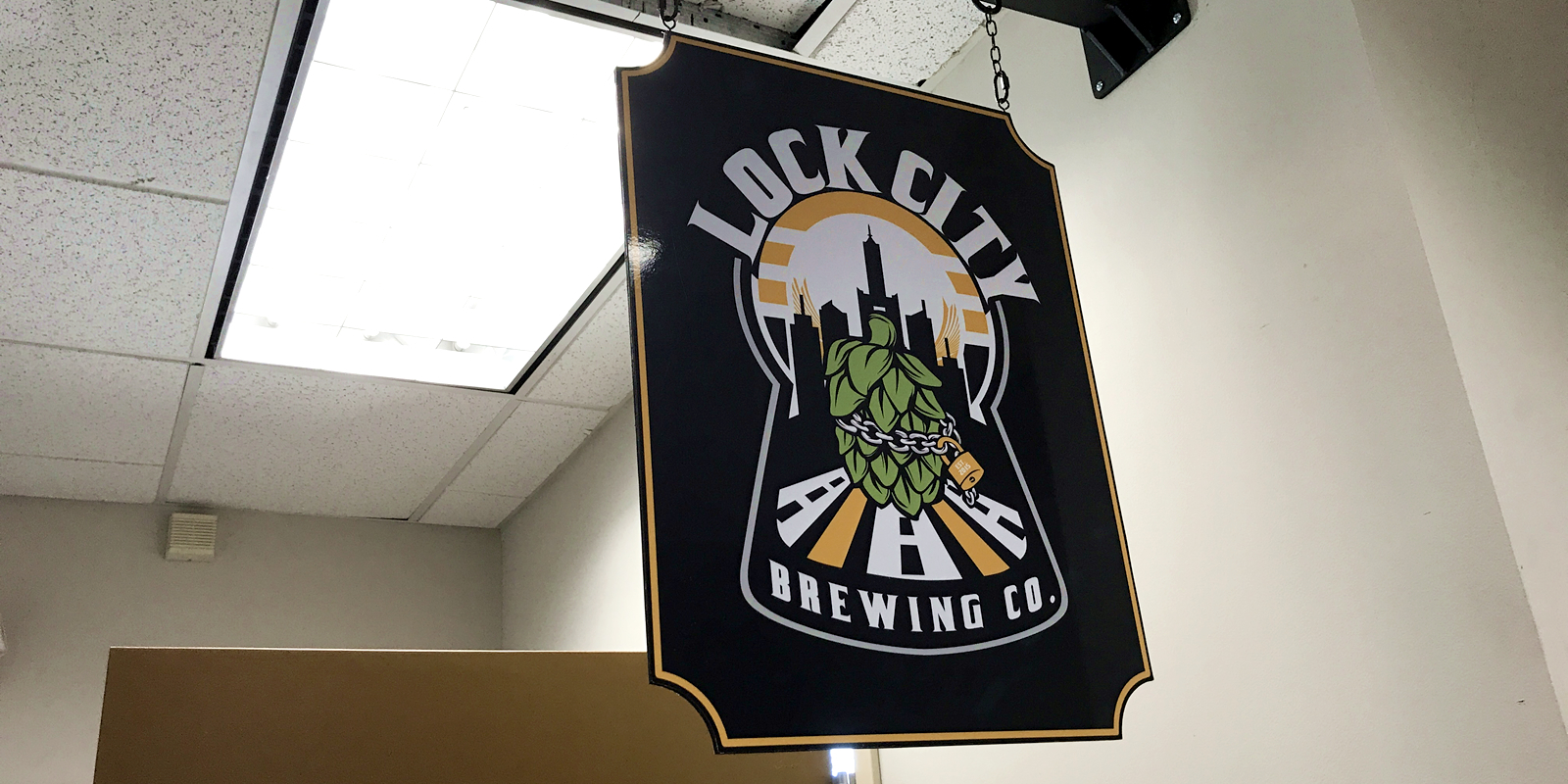 If you live in the Connecticut area, and love good beer, you should get yourself down to Lock City Brewing for a big can release this Friday. The Stamford-based Brewery will be releasing cans of two of their IPAs starting Friday at 5pm—the EEPA and Launch IPA. END_OF_DOCUMENT_TOKEN_TO_BE_REPLACED 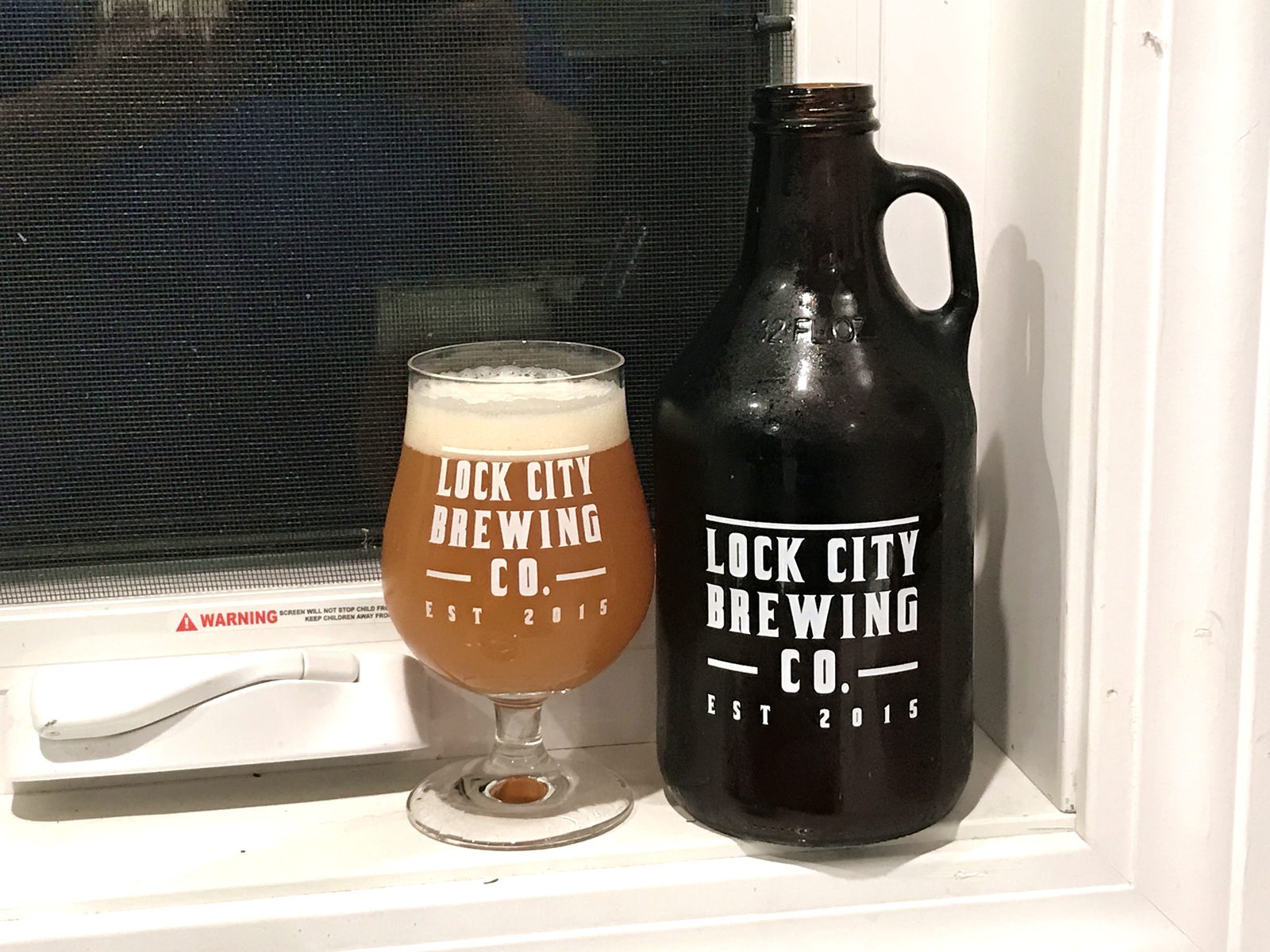 The Juice is loose on the window sill today! END_OF_DOCUMENT_TOKEN_TO_BE_REPLACED 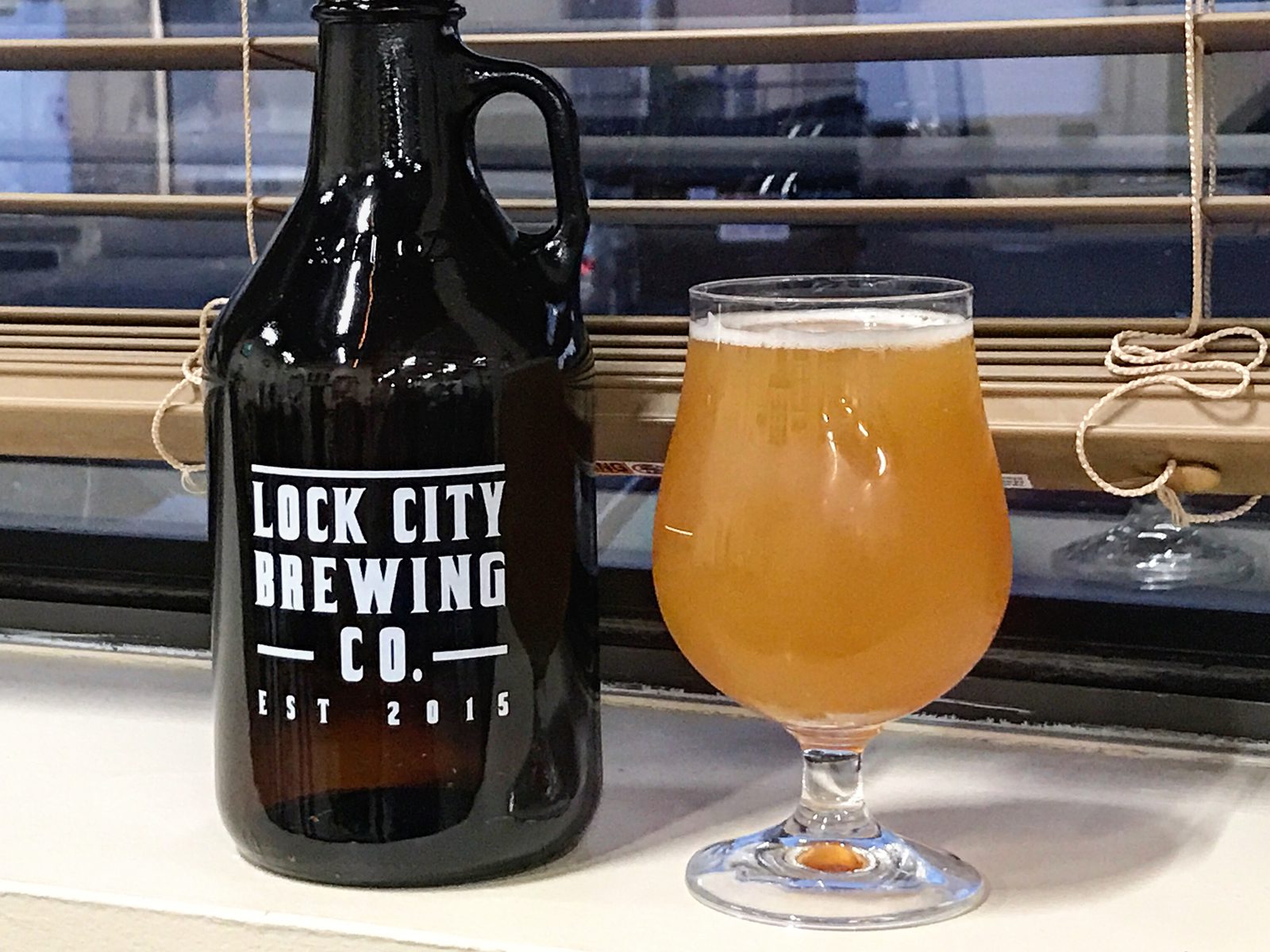