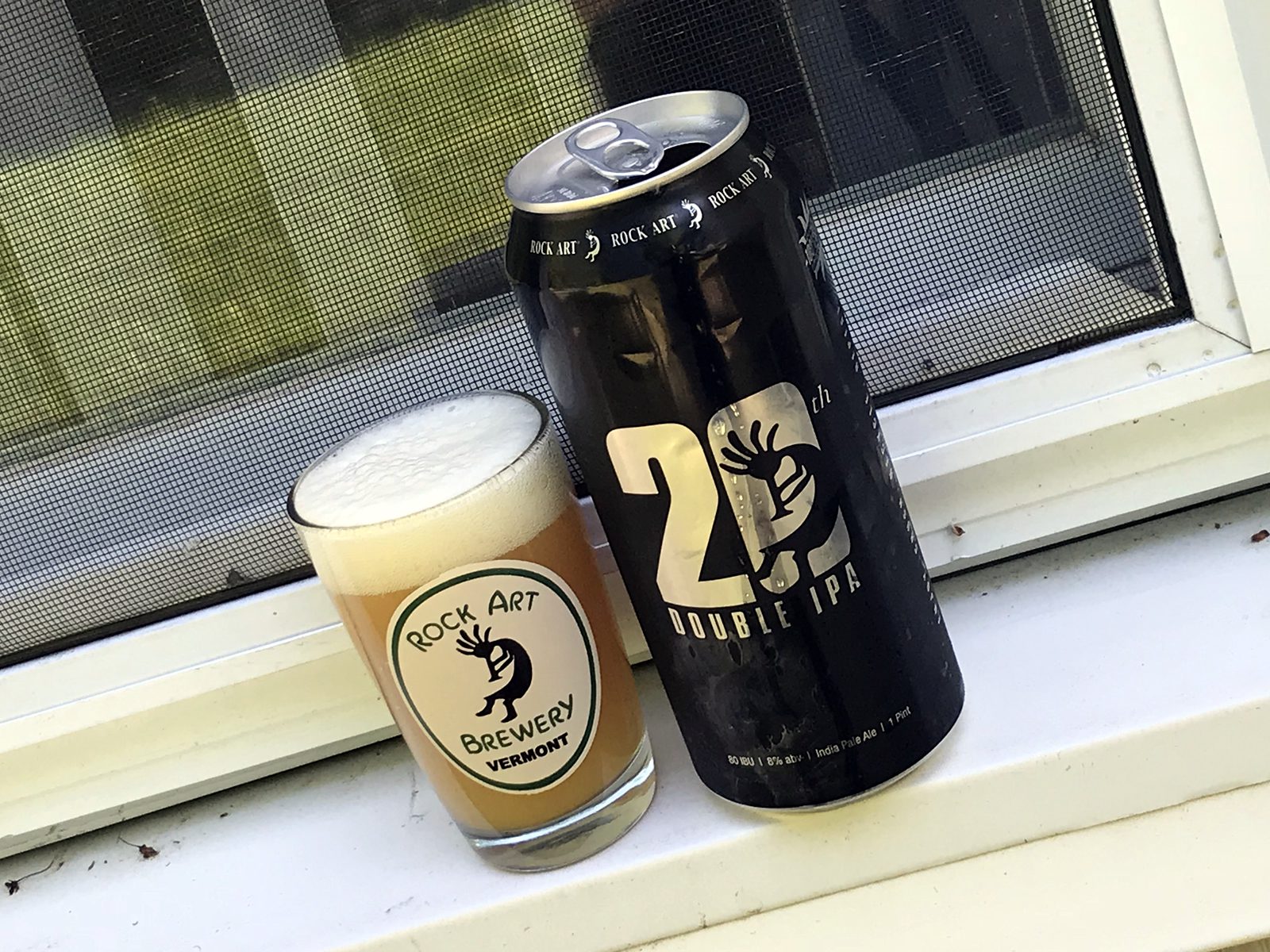 Still coming strong with that VT Beer on the Windowsill!

This past June, I took a trip to Vermont. Part of that trip involved a stop at Morrisville, VT’s Rock Art Brewery. As you can see by the photos, it’s a beautiful brewery. Although the company was founded in 1997, their current facility is only seven years old. The taproom, which was womanned by a really cool lady whose name escapes me, had amazing beers. Everything was super clean, and there was art displayed all over the place. The best part? The whole place is solar powered. The folks in Vermont know how to do green!

Now for the brew. I was unable to nail down the hop recipe for the 20th Anniversary DIPA, but it’s one of the juiciest, haziest Double IPAs I’ve ever had. Really crisp and clean, with amazing hoppiness and a nice, dry finish. I had it at the taproom (see the 2 oz glass on the great big, round sill?) and brought home a can for later. So good! Perfect for a 20th anniversary brew… or any anniversary, for that matter!  If you’re in the area, go to Rock Art! 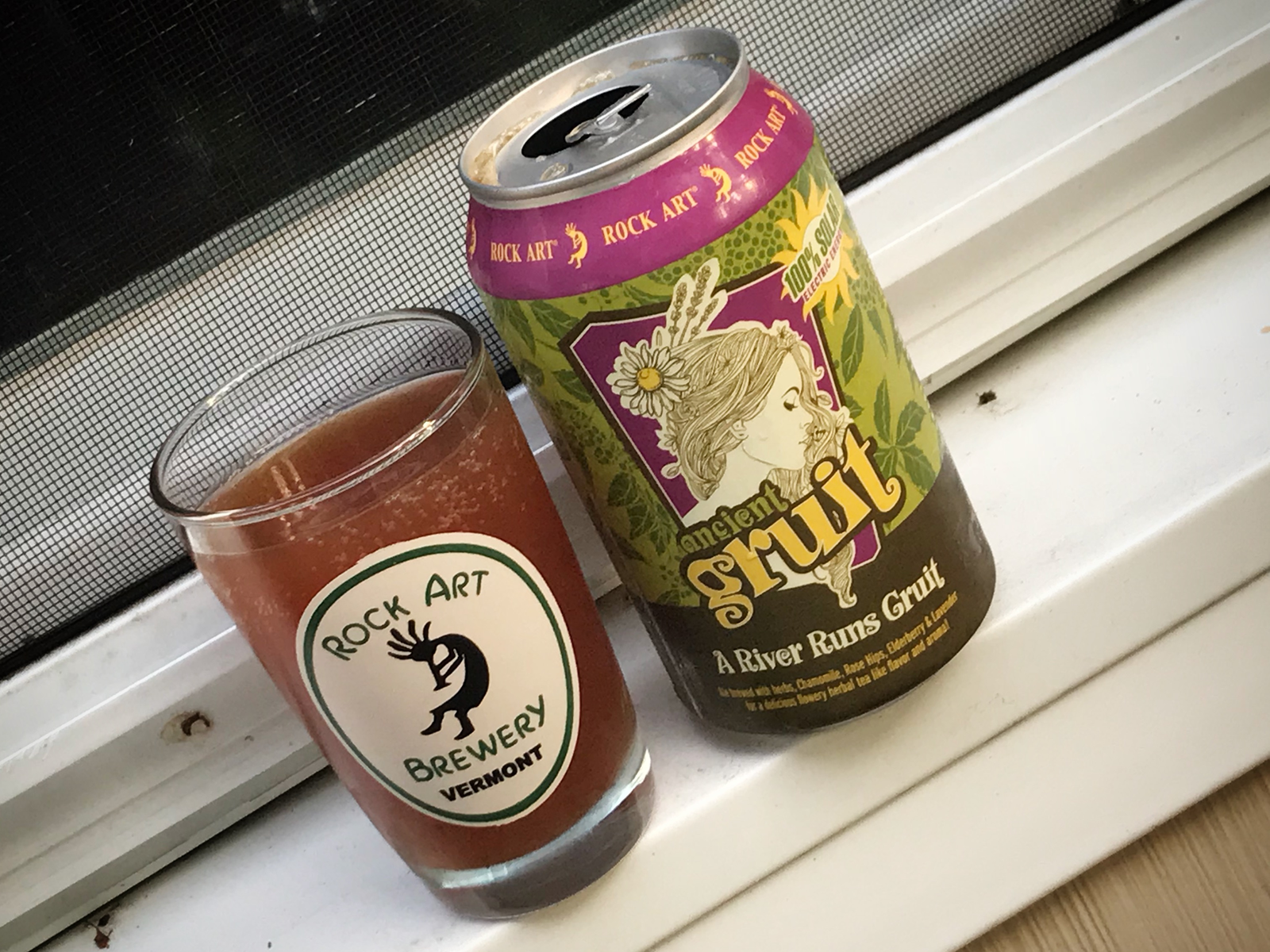 I am Gruit on the Windowsill today!

When I first saw this beer at Rock Art Brewery in Morrisville, VT, I thought to myself; what the hell is a gruit ale? Well, luckily, American Craft Beer had the answer for me. The word gruit, or grut, is German for herb. A gruit is any brew that uses an herbal mixture for flavoring or bittering instead of hops. Back in the day, gruits dominated the beer market, but around the 15th or 16th centuries, their popularity ended. Why? For one, German beer purity laws—they passed in 1516 and stated that beers could only contain water, barley and hops—made it a no no (or “nein nein”) to make anything resembling a gruit. It’s also believed that religious conservatism helped bury the style, as many of the herbs used back then were aphrodisiacs. Can’t have a bunch of horny drunks running around now, can we? Thankfully, microbreweries started popularizing the style again in the 1990s.

A River Runs Gruit is a cleverly named—great shout out to the classic novel, and eventual Brad Pitt film—is an ale brewed with herbs, chamomile, rose hips, elderberry and lavender. The lavender and chamomile stood out the most for me. Overall, this brew was a very weird experience. Thankfully, I like weird. I love that this ancient style, which seemingly has endless possibilities for herb combinations and flavorings, is making its comeback. This one was very flowery and tasty, once I got through the hop-less weirdness of it all. I dug it! 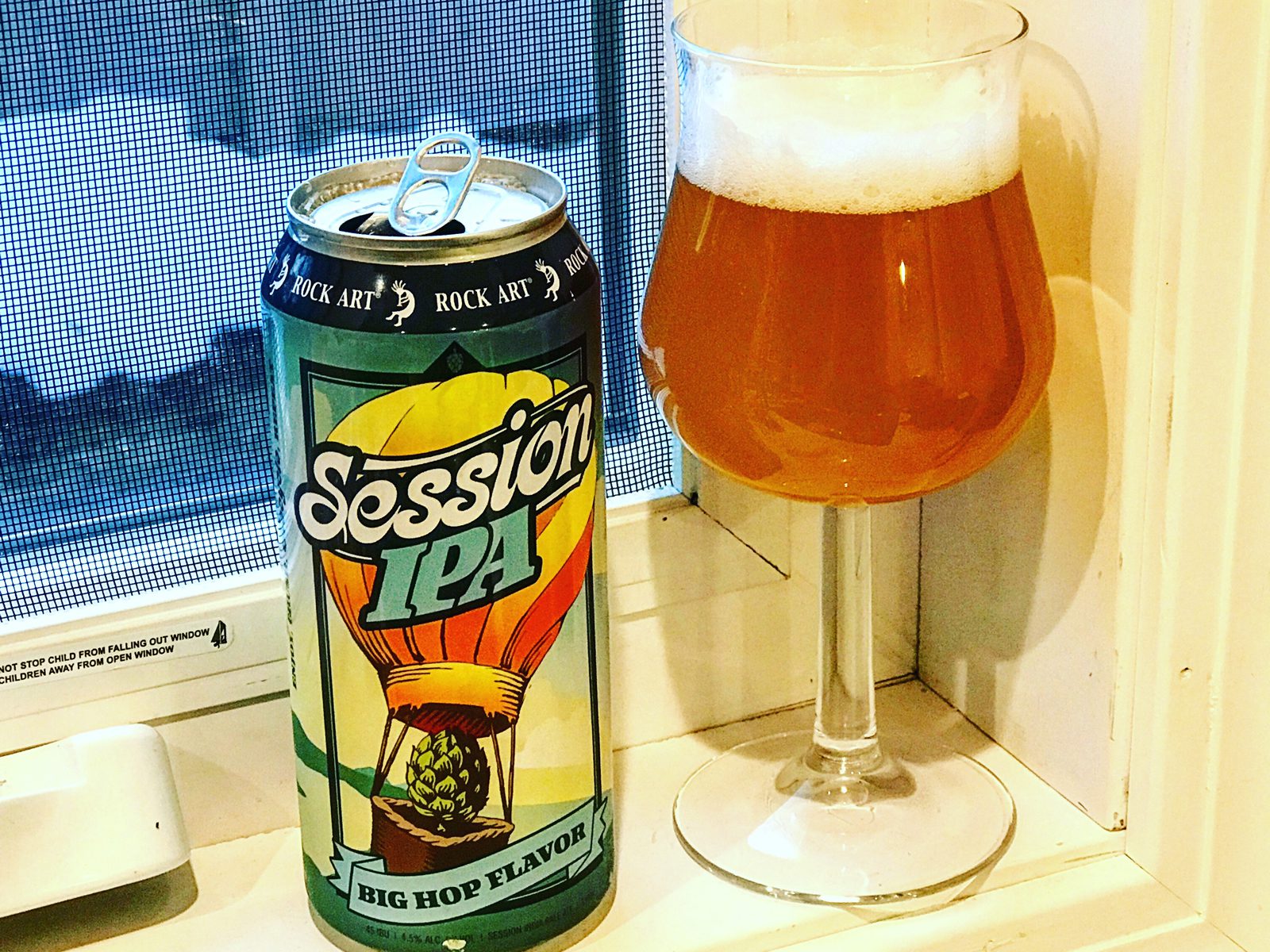 The window sill is heading back to Vermont for some more quality beer. END_OF_DOCUMENT_TOKEN_TO_BE_REPLACED 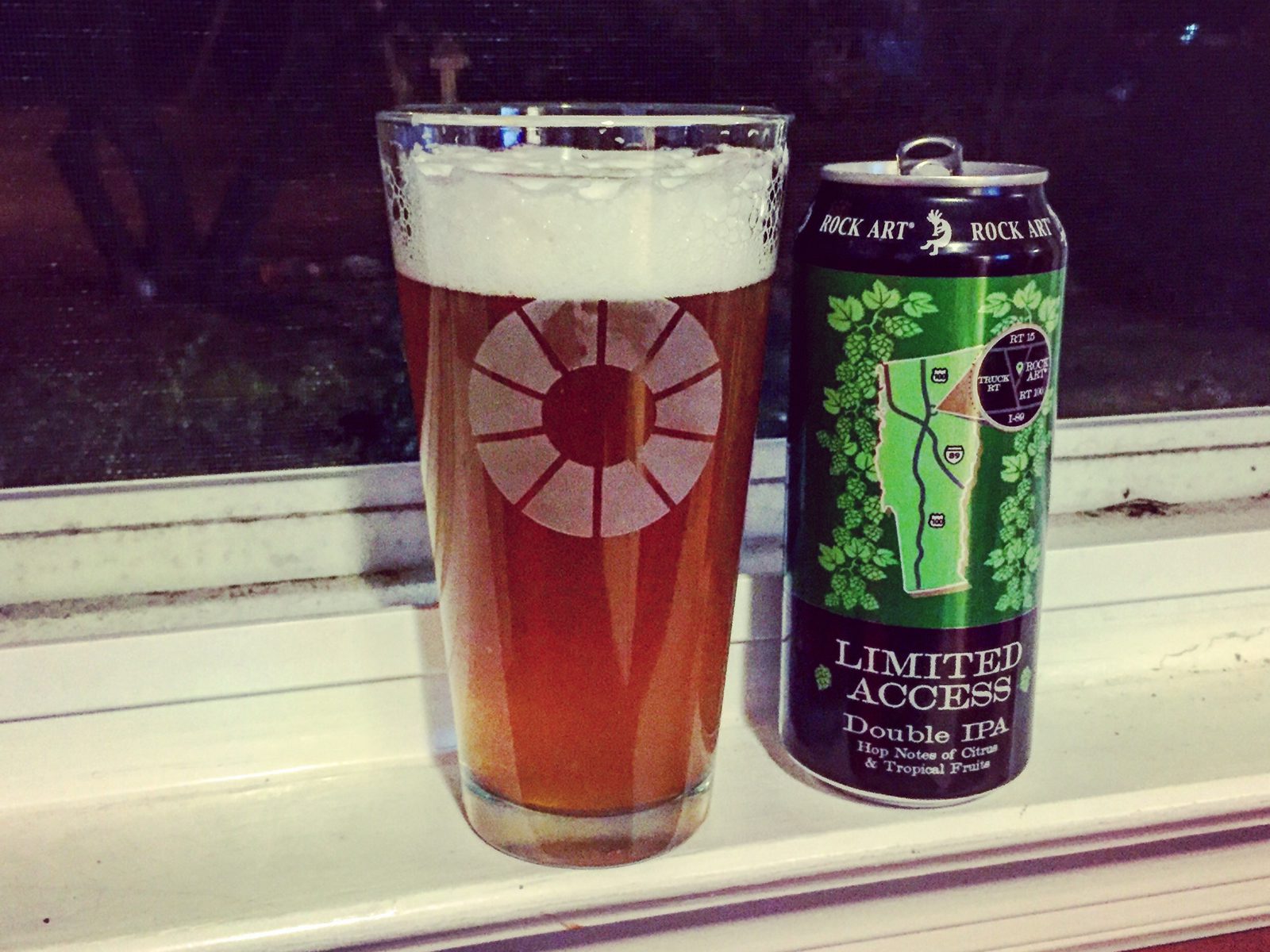 If the windowsill is rockin’ don’t bother knockin’. Just put a delicious double IPA from Rock Art Brewery on it

Did you ever hear about the time a tiny Vermont micro-bewery took on one of the titans of the energy drink industry and lived to tell the tale? In September of 2009, Hansen Natural (since renamed Monster Beverage Corporation) sent the Rock Art Brewery a cease and desist order. Why? Because the Vermont-based brewery had a barley wine named the Vermonster. According to Hansen Natural, that name was encroaching on the Monster Energy Drink brand. Yep. Apparently, no other drinks could have the word “monster” in their name. Rather than give in, Rock Art Brewery fought back, and so did many local Vermont stores, who boycotted Hansen products in solidarity. The boycott, and the bad PR caused by the entire affair, caused Hansen to drop the cease and desist order. Flawless victory. Rock Art still makes the Vermonster today, and Monster is now the official drink of NASCAR, so I guess everybody won in the end, but the little guy took a stand, and that’s what’s important.

As for the Limited Access double IPA, I can’t recommend it enough. At 7.5% alcohol, it’s a bit of a kick in the pants, but it’s citrusy, tropical, refreshing and delicious with a well-balanced finish that will leave you wanting another.