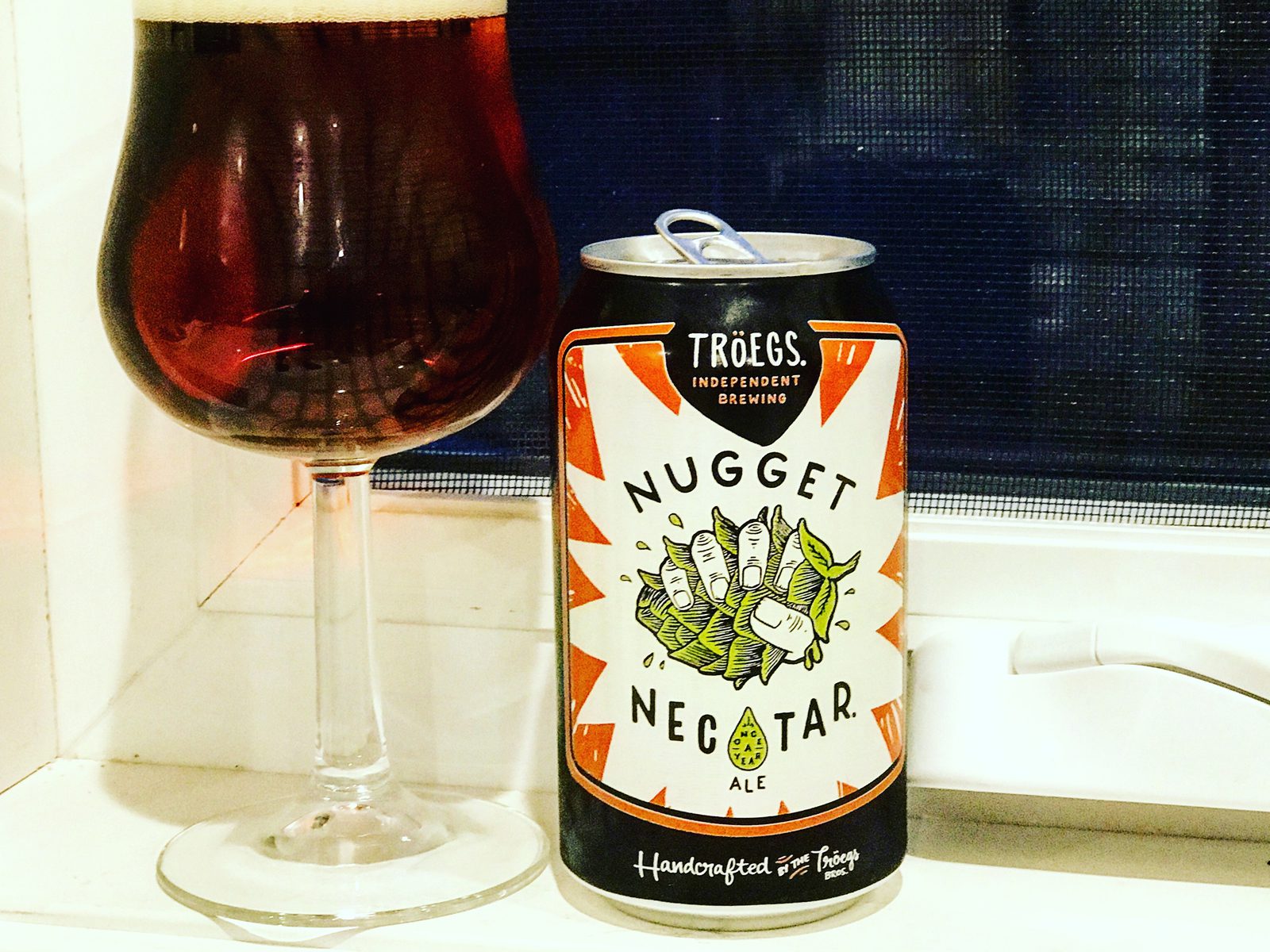 The Nectar of the Gods is gracing our Windowsill today!

Brothers Chris and John Trogner sold their first pint of beer on July 18, 1997. They named their Hershey, PA brewery Tröegs Independent Brewing, after a combination of their last name, and “kröeg,” the Flemish word for pub. Pretty simple, right? Now 21 years later, their beers are some of the most revered in the country. One way they ensure they’re never complacent in their flavor profiles is with their scratch series. Every week, they have a least one new beer in their tap room. If something gets rave reviews from actual customers, it gets refined. Some day, it maybe ends up in stores. Pretty cool.

The Nugget Nectar isn’t a product of the scratch series, but it sure is refined. It’s a once-a-year release, hitting shelves in limited supply every February (since 2004), when the lupulus harvest is brand spanking new. This imperial amber ale is strong (7.5%) and bitter (93 IBU), but has plenty of caramely malts and mango sweetness for a wonderful balance.

Love craft beer? Check us out on Instagram, now!