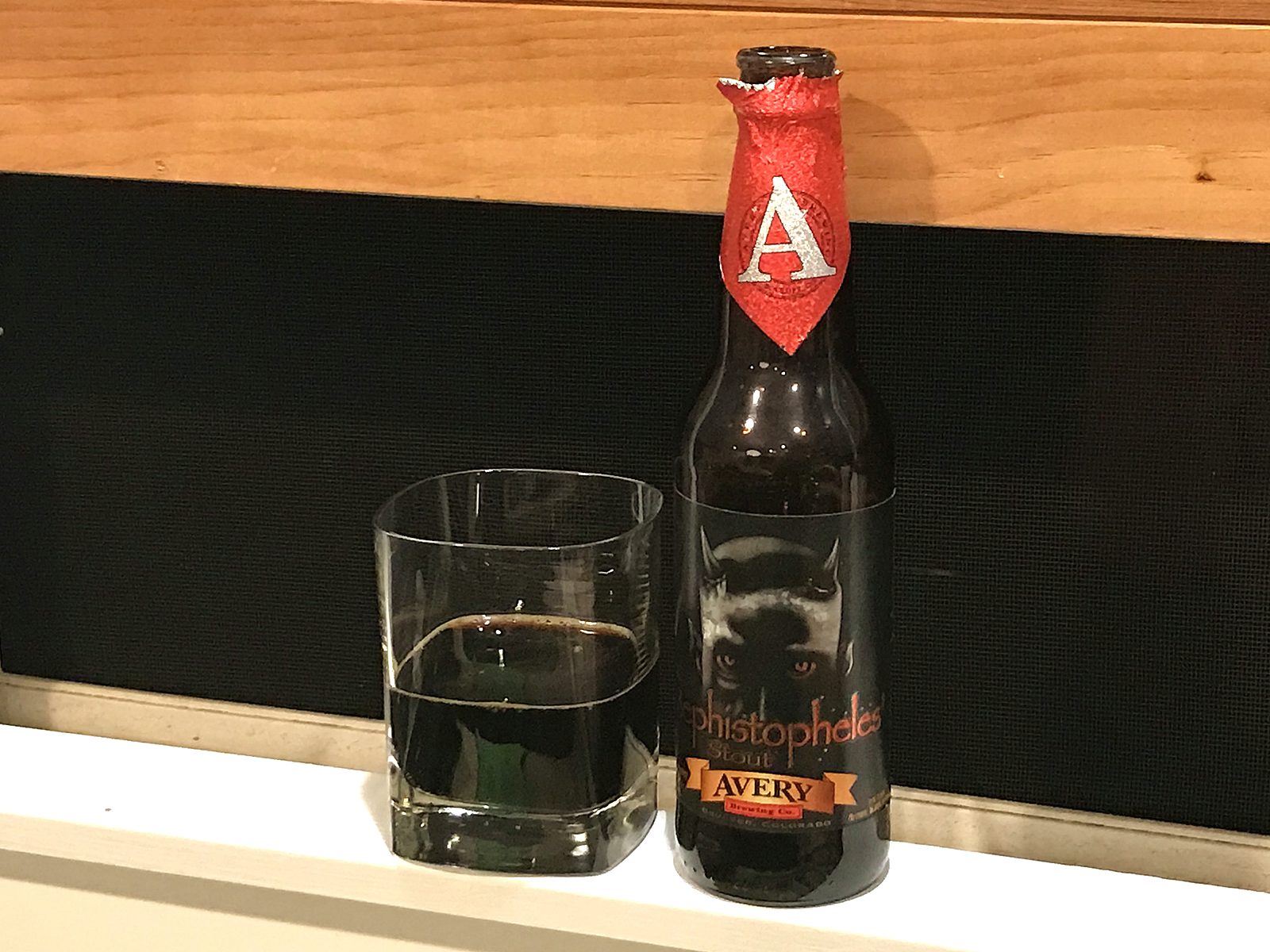 There’s no better way to celebrate the Window Sill’s one-year anniversary, than with an incredibly rare beer that was aged 11 years!

In German folklore, Mephistopheles is a shape-shifting fallen angel who hates the light. When Faust, a depressed scholar, makes a deal with the Devil in exchange for magical powers, knowledge and—or so he hopes—happiness, it is Mephistopheles who serves the scholar and does his bidding. It is also Mephistopheles who, ultimately, claims Faust’s soul for the dark side. This is that guy’s stout. Pretty badass.

I have to thank my buddy, Tom, for this beer, and for providing the first beers, and the first Window Sills, one year ago today. He also got me today’s beer, which was brewed back in 2007, and had been aging in the loving hands of the folks at Westmere Beverage for over a decade when Tom bought it… at the original retail price.

Avery Brewing Company‘s Mephistopheles was hefty, with an original ABV of 16% (probably more like 18% after the cellaring), but it was ridiculously smooth, and not at all boozy. It was rich, malty, chocolaty and held up incredibly well with time. Amazing!

You won’t find too many more beers like this one on our Instagram, but head over there to check it out anyway!